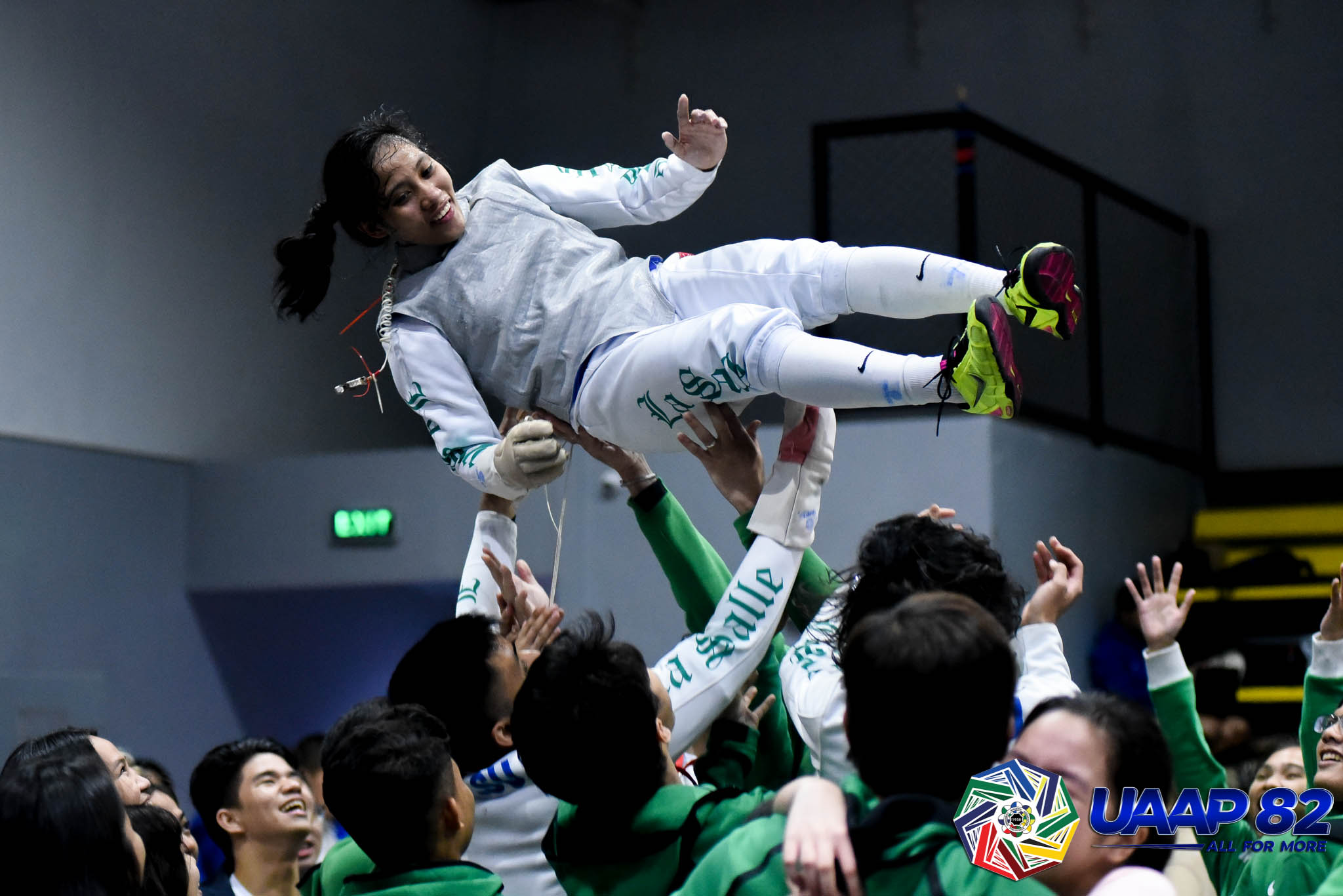 The Lady Fencers withstood a late Lady Eagles charge in the Finals to score a 45-42 victory.

The Taft-based side topped defending women’s champion UE, 45-37, in the semifinals. On the other hand, the Lady Eagles scored a 45-24 victory over University of the Philippines in the other semifinals pairing.

The Lady Warriors remain on top of the medal tally with a 2-1-3 haul heading into the final day of team events. De La Salle and Ateneo are tied in second place with one gold, one silver and one bronze.

The final day of the tournament starts at 8 a.m.