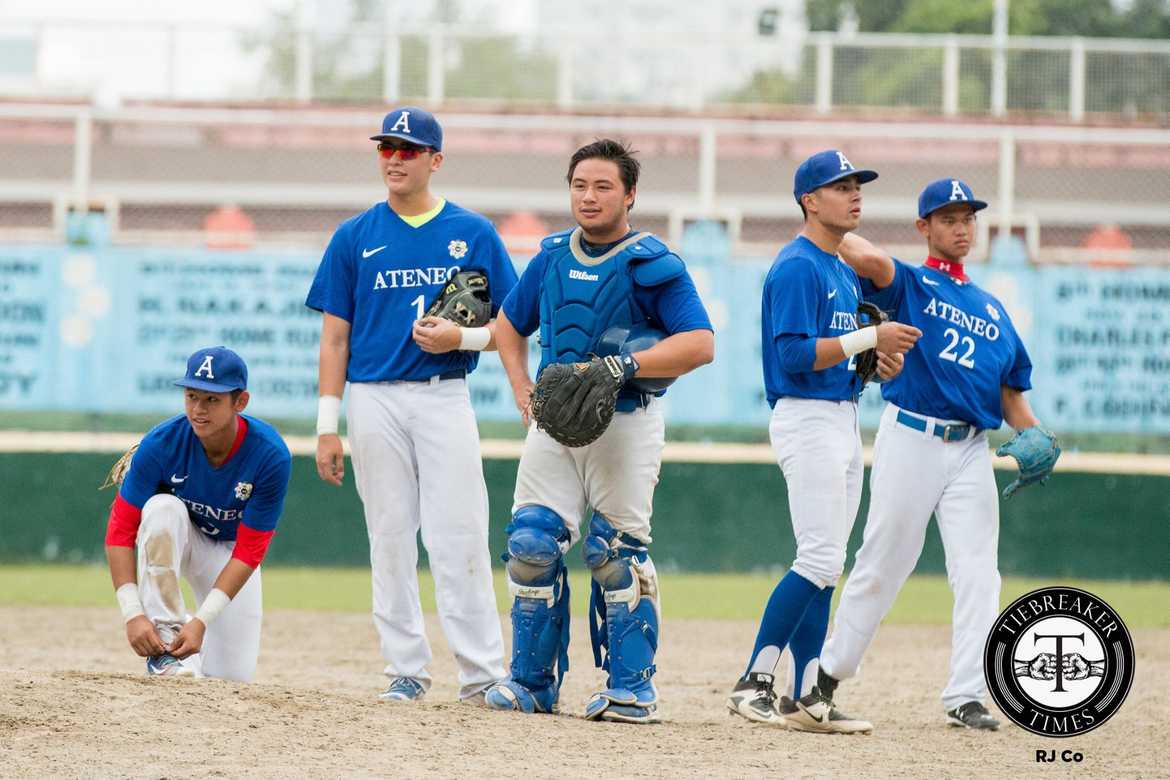 The relationship between a pitcher and a catcher is an integral part of a team’s defense.

An excellent catcher can dictate the entire fielding scheme of a team. However, the man behind the mask has to earn the trust of his pitcher, the foundation of any successful team.

King Eagle Dio Remollo entered the Ateneo de Manila University back in 2011. After a second place finish against National University Bulldogs back in Season 74, the Blue Eagles went on to dominate the competition, compiling a 23-7 record over the next three years and never dropping a finals game en route to three straight championships.

Ateneo’s backstop was a constant during that run. “He was the only catcher Salud trusted,” Ateneo team manager Benjo Afuang said. Jose Miguel Salud was the Most Valuable Player/Rookie of the Year during the Blue Eagles’ first championship during Season 75.

Throughout the years, Remollo had been catching for various Ateneo pitchers. From Aids Bernardo and Paco Tantuico during his first year, to former MVP’s Salud and Andy Tan, and now for Paulo Macasaet, Miguel Dumlao, Nacho Cojuangco, Jomo Filart, and rookie Nacho Lozano.

Being only one of two seniors in the team this season, and with Ateneo’s “Big Five” graduating, the King Eagle needed to earn the trust of all his teammates. Moreover, the current blue batters squad is composed of 15 rookies and sophomores, more than half of the team.

“Dio is my main man,” Ateneo baseball program director Randy Dizer said about Remollo. “He’s proven to be a great leader for the team.”

Remollo admitted that it has been different to not have Matt Laurel, Inigo Untalan, Aids Bernardo, Andy Tan, and brother Pelos Remollo in the team. “It’s a lot different but I’m happy with the way everyone’s doing their part,” Remollo shared. “And the young guys have been performing for us so that’s really helping us right now.”

The Blue Eagles rookies have displayed uncanny instincts on the field that have helped the squad finish with a school-best elimination record, 9-1. In addition, Filipino-Japanese Kai Furusawa, Filipino-Americans Marquis Alindogan and Ryan Hilario, and UAAP juniors standouts Gino Tantuico, Javi Macasaet, and Marco Mallari turned last season’s top-heavy batting order into one of the deepest offenses in the league.

“We always tell them that an at-bat is something new. So even if you did well last time, it’s a new game. You just do your best every single time.”

He also added that the pitching staff for the three-time defending champions is deeper than ever. “We have veterans like Nacho and Dumlao. Then Jomo and Nacho Lozano,” he added. “We also have people on the field that can throw but I think with our current rotation everyone knows what to do. If Nacho starts, then Jomo Filart comes in, and then Paulo closes, they all know they’re part.”

With a deep lineup and a four-game winning streak going into the Finals, Remollo hopes to end his collegiate career with his fourth straight crown. “This is going to be amazing for me. This is the year where we have to work the hardest,” the King Eagles closed.

“Even if we came from a three-peat, everyone still see us as the underdogs even if I think we are more than capable. But this year’s going to be big for me so I’m hoping it turns out well.”

Starting tomorrow, under the burning heat of the summer sun, and with sand and sweat staining his Ateneo uniform, Remollo will fight tooth and nail against the team’s greatest rivals for the past four years. Win or lose, Ateneo’s masked man has done his part to change his school’s baseball culture.