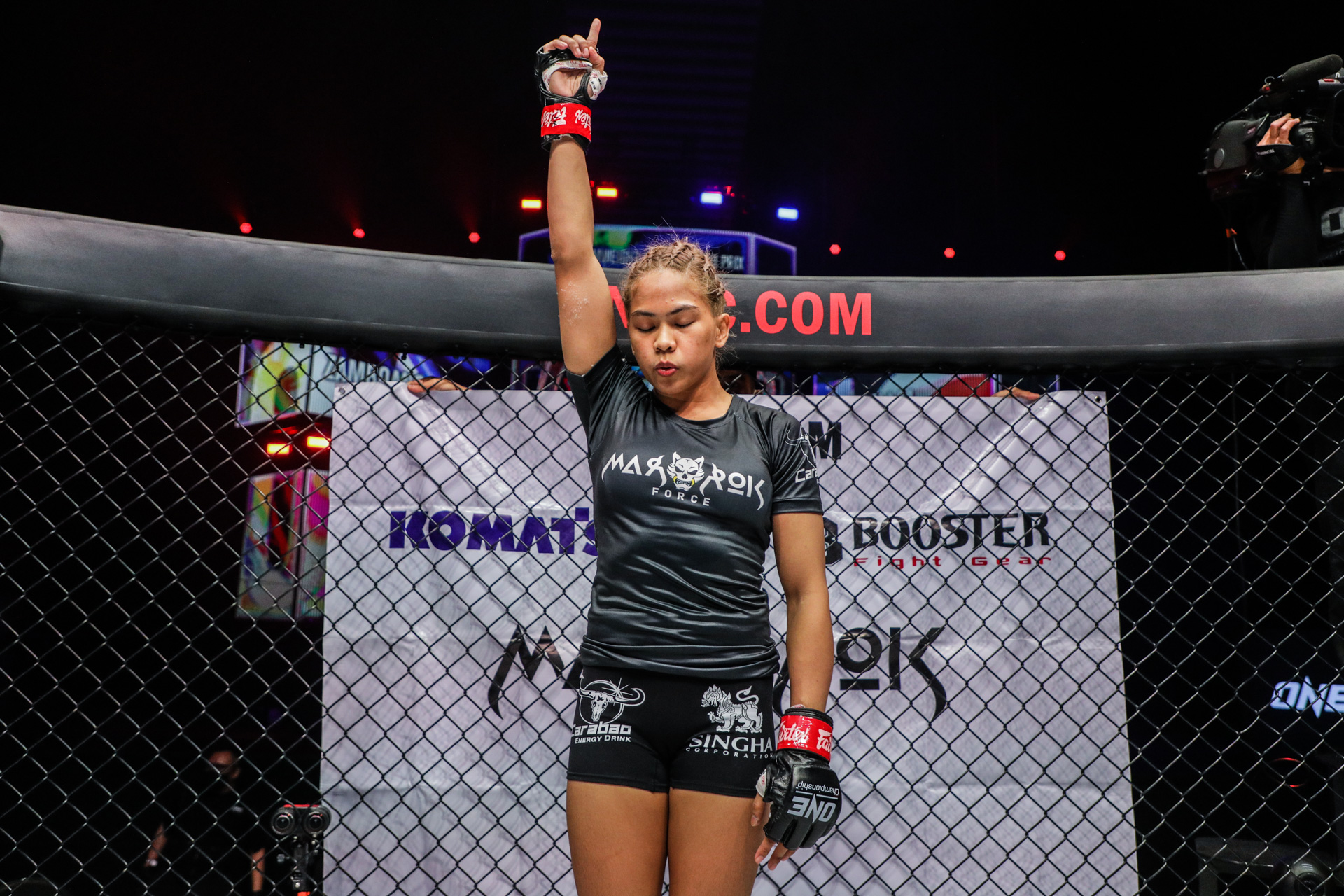 Denice “Lycan Queen” Zamboanga will be 100 percent focused on her rematch against Ham Seo Hee at ONE X.

However, once her fight with the South Korean is over, the no. 2-ranked women’s atomweight contender will pay close attention to the main event at ONE Championship’s tenth-anniversary show on 26 March at the Singapore Indoor Stadium.

Aside from earning redemption, winning over Ham might get the Filipina competitor the next title shot. But even if she must face one of them for the crown, the Marrok Force representative has nothing but respect for both warriors.

“Both are great athletes. Angela is the champ. She has been there for so long, and she is a well-rounded fighter. She can strike and grapple,” the 8-1 Zamboanga said.

“Meanwhile, Stamp is the Grand Prix winner. She fought and grappled against great athletes. She is ready to get the belt.”

Earning a title opportunity wasn’t easy for the Pattaya-based Stamp.

She went through Ukraine’s Alyona Rassohyna and Brazil’s Julie Mezabarba to reach the Women’s Atomweight Grand Prix Final. Once there, the 24-year-old combatant earned a second-round submission over Ritu “The Indian Tigress” Phogat to win the tournament’s silver belt.

Meanwhile, Lee will be making her return after focusing on motherhood for the previous two years. She last appeared in the Circle for her title defense against “The Panda” Xiong Jing Nan at ONE: Century Part I.

With both fighters expected to bring their best, Zamboanga gave a definitive prediction on how the match will unfold.

“Stamp is my friend, and I believe in her. She has been training for this for so long. I know she can get this. Stamp will get the belt by TKO,” the Filipina predicted.

If her prediction comes true, the Fairtex Gym sensation will have become a world champion in Muay Thai, kickboxing, and mixed martial arts.

But no matter how the title fight unfolds, Zamboanga is ready for her opportunity, even if she has to compete opposite her friend.

“I’m willing to fight anyone,” she said.

“I have been here just waiting for my turn.”

Download the ONE Super App to stay updated on the latest news about ONE: Lights Out, happening on March 11, and ONE X on March 26.