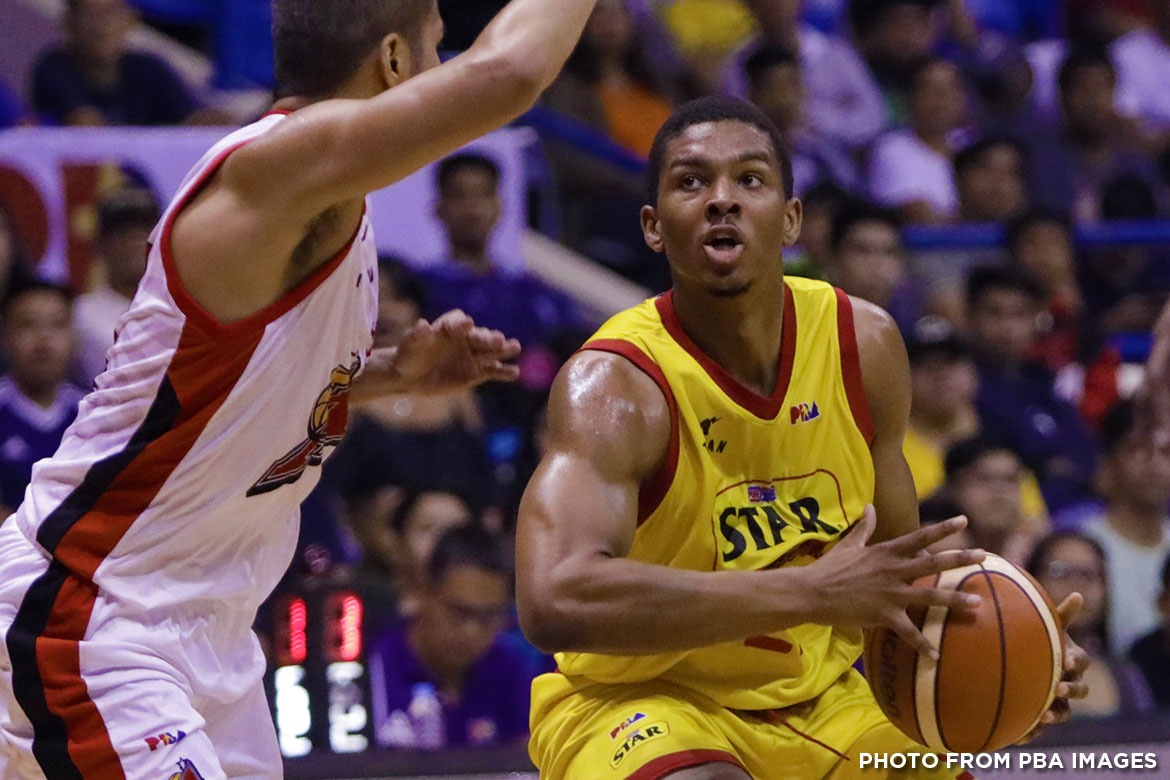 Malcolm Hill proved the Star Hotshots that they had made the right choice of import, hitting big shots down the stretch to lift his side to a 101-92 victory over the Alaska Aces, Friday night at the Ynares Center in Antipolo City.

The win improves Star’s card to 2-0 to tie with Meralco, while the Aces’ historic slump continued as they lost their 11th straight game. Alaska are now 0-3, similar to Kia Picanto.

“Whenever we play Alaska, it’s always a close game,” said Star head coach Chito Victolero on the win over their rivals. “My players know that this is a grinding game. I’m happy that my players stepped up on defense.”

From there, Hill’s magic happened. The 21-year-old bravely pulled the trigger and shot down back-to-back jumpers — both from isolation plays — to widen the Hotshots’ lead back to eight, 99-91, with 1:11 on the clock.

Racal split his charities on the other end three ticks later, but a Sangalang leaner from the post with 18.2 seconds left to play was enough to seal Star’s second straight victory.

“We know he can do that,” said Victolero of Hill’s clutch baskets. “Yun naman talaga nagustuhan namin sa kanya. He’s only 21 years old, but he knows how to win. He knows how to play.”

Paul Lee collected 18 points, four boards, and five assists for Star, while Sangalang flirted with a double-double of 16 points and eight rebounds.

READ  Gavina calls out Mahindra: 'We have too many crybabies right now'

The Aces played without star Calvin Abueva due to reasons that have yet to be known.

Star shot 51 percent from the floor, and their passing was also on point as they dished out 20 assists. They also won the battle of the boards, 48-36. However, Alaska played better on defense, racking up 10 steals and forced Star to 19 errors.

Both teams will play again next Friday, August 4, at the Big Dome. The Aces will try to end their skid versus TNT Katropa at 4:15 PM, while the Hotshots will aim to sustain their momentum against San Miguel Beermen at 7:00 PM.

Young Malcolm Hill not afraid to get physical