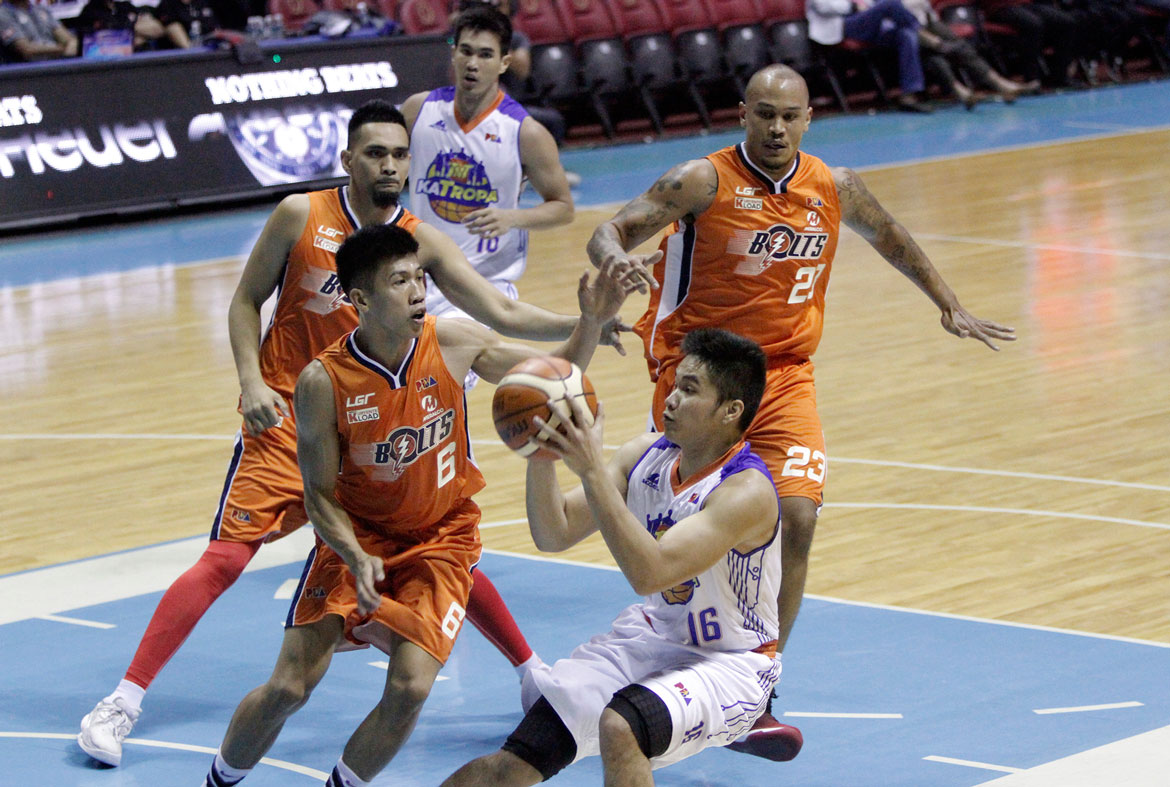 The defensive-oriented Meralco Bolts clamped down on Tropang TNT to notch their second win in three games, 98-87, at the Smart Araneta Coliseum on Friday evening.

Ed Daquioag was highly efficient in this match, finishing with a team-high 23 points on 8-of-15 shooting, and four rebounds. Chris Newsome chipped in a near triple-double with 11 points, 10 rebounds and eight assists.

After a first half dogfight that yielded a 45-all tally at intermission, Meralco found their groove on both ends of the floor midway of the third, wherein they built a 10-2 spurt and separated themselves from TNT. The Bolts had their best scoring quarter during the frame with 30 markers, while KaTropa struggled to get their long-ranged attempts to go down.

Jayson Castro tried to rally back his troops with back-to-back triples in the fourth to make it an 87-82 ballgame in favor of the Bolts. Fortunately for the Bolts, their defense forced TNT to two crucial turnovers down the stretch, that included a breakaway steal and fastbreak layup for Daquioag.

With under two minutes left, the Bolts separated themselves behind pivotal defensive stops and Daquioag scoring seven of his team’s last nine points to inch their way to the win.

The Bolts held TNT to 42 percent shooting and 21 turnovers en route to this victory.

Coach Norman Black applauded his troops and gave credit to their prized rookie Daquioag for game-long execution particularly on the defensive end, saying “I thought it was extraordinary and exceptional when we play defense. We came with defensive schemes for Jayson and Ranidel and I’m applauding and happy with the way they executed.”

“He (Daquioag) stepped up. He’s a rookie but he’s really not a rookie, because he does not play like a rookie. I’m very happy for him and I’m looking forward to see his development as we play more games.”

Daquioag matched up with one of the premier point guards in the league in Jayson Castro and the former UST guard came up happy with the experience.

Meralco (2-1) will next face the Alaska Aces, while TNT KaTropa (2-2) tries to get back on their winning ways against the Phoenix Petroleum on Dec. 16. Both games will be played still at the Big Dome.