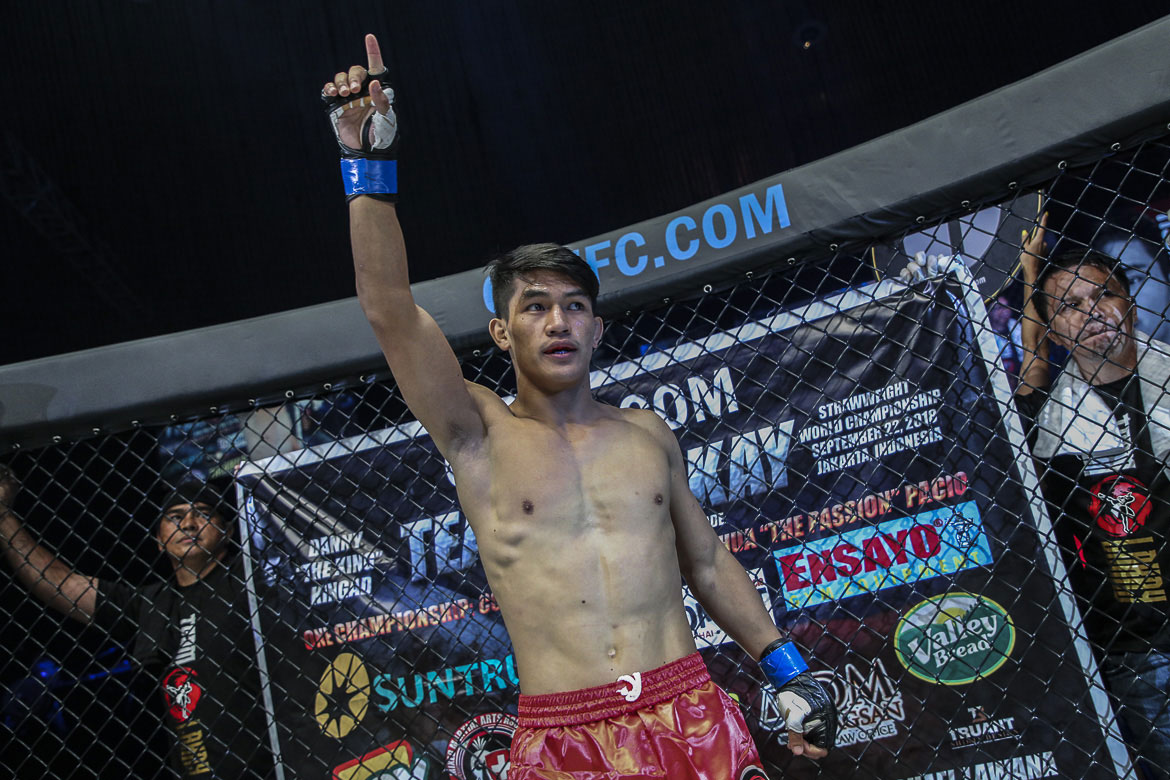 With just a few weeks to go before the ONE Flyweight Grand Prix opens its curtains during A New Era, Danny Kingad will have to re-tinker his camp.

After Andrew Leone pulled out of the bout set for March 31 at the Ryogoku Kokugikan in Japan, Japanese fighter Senzo Ikeda stepped up to the plate to face the Team Lakay upstart.

And it is a challenge that Kingad (11-1) is looking forward to.

“Senzo Ikeda is a talented competitor, and he has a lot of momentum behind him with four-straight wins. But I have faith in my capabilities and my skills,” Kingad remarked about Ikeda, who is on a four-fight winning streak. “I believe that I can put an end to that winning streak. My goal is to win this tournament.”

Ikeda, who is the reigning Pancrase Flyweight World Champion, is coming off a sensational fifth-round stoppage victory over fellow ONE Flyweight World Grand Prix participant Yuya “Little Piranha” Wakamatsu in February 2018. Moreover, he is an undefeated boxer with an 8-0 slate.

The winner of this bout will face the victor of the other bracket featuring Filipino-Australian Reece McLaren and Kairat Akhmetov.

“I am ready for whoever ONE Championship puts in front of me. I have trained hard and prepared well for the ONE Flyweight World Grand Prix, so I am confident that I can take on anyone in the tournament who stands in my way,” Kingad declared.

“To do that, I will need to show my best in all of the matches, starting with this first one against Ikeda.”

READ  ONE: A New Era picks up record-breaking 42M in viewership
Related Topics:Danny KingadONE: A New Era
Up Next