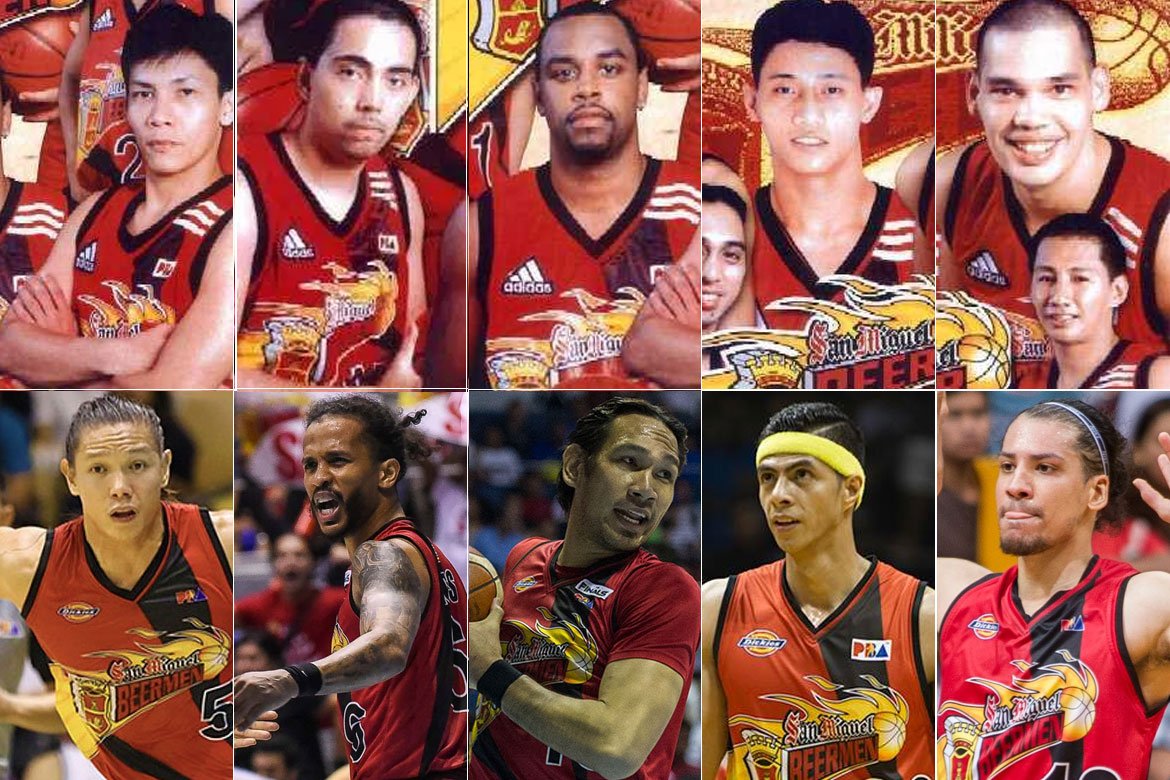 Danny Ildefonso is immensely confident that his San Miguel team could take down the present-day Beermen.

The two-time PBA Most Valuable Player said as much when he and his batchmates had a reunion on the 2OT podcast hosted by PBA broadcasters Magoo Marjon and Carlo Pamintuan.

The question came up when Marjon asked the group how would they fare versus the current San Miguel crew, who are, of course, spearheaded by reigning six-time MVP June Mar Fajardo.

Fajardo’s Beermen have won eight titles so far since 2015, including five consecutive Philippine Cup crowns — making them arguably the best All-Filipino crew of all time.

Comparisons are inevitable between eras, especially with a franchise like that of the Beermen, who are the winningest team in Asia’s pioneering pro league with 27 championships.

The San Miguel crew featuring Ildefonso, Seigle, and Racela was a fearsome and dominant one. Together, they won a total of five championships in a span of nine conferences from 1999-2001.

It is tough to provide a definite answer on who will win that dream match-up. But what cannot be denied is how great both these San Miguel teams are in their own ways.

For Racela, what made their particular batch successful was the selflessness of each and everyone in the team.

“Kaya naging successful ang team na ‘to is because ‘yung mga players are not thinking of themselves, but more of ‘yung goal ng team. ‘Yung goal of the team is more important than the role,” he said.

“Perfect example, one is Boybits [Victoria] na starting point guard sa ibang teams, and he accepted his role. Si Nic [Belasco] is one, he perfectly did his role for the team. Dwight [Lago] is another. All of these players, pwedeng maging starting player or starting for any other team.