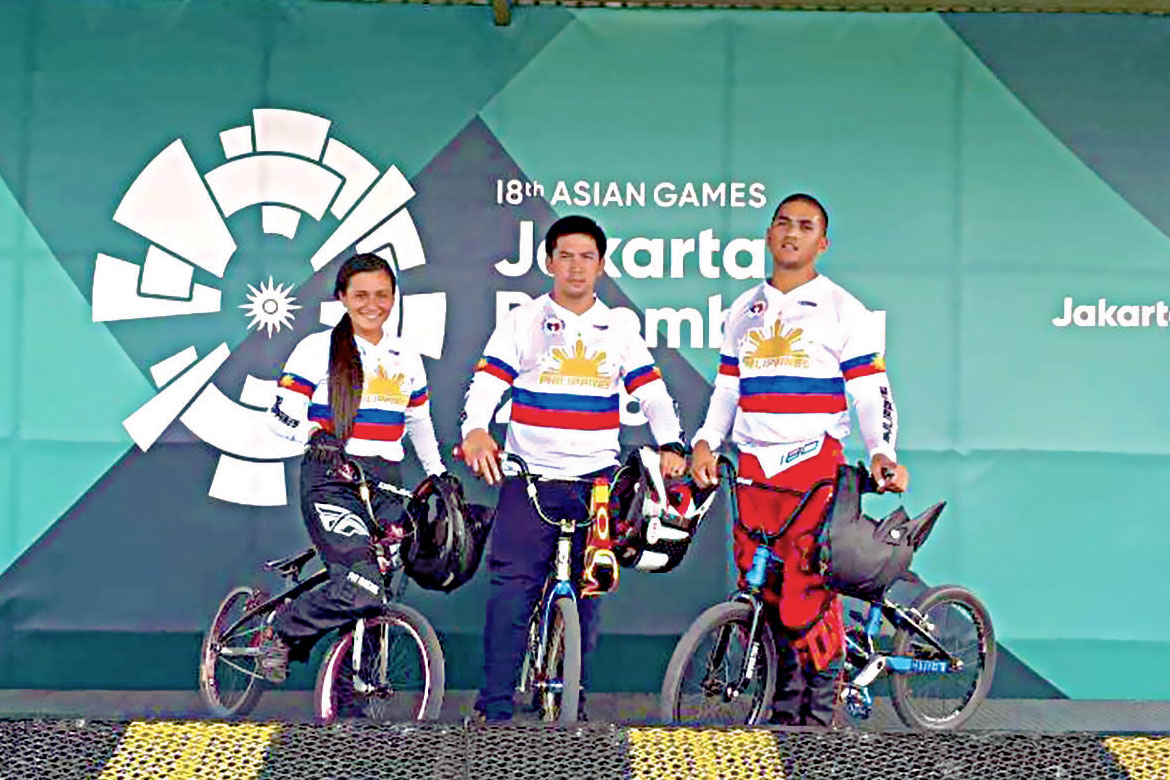 Daniel Caluag will try to keep the men’s gold medal hanging from his neck as he leads a three-member Philippine team with brother Christopher John and Sienna Elaine Feinnes in the 18th Asian Games BMX competitions.

Both men’s and women’s races are set on the same day on Saturday at the Jakarta International BMX Track, with Caluag keeping his cards close to his chest – keeping everybody, including his opponents, in the dark as to his condition this year.

“I have prepared myself for the Asian Games and I have looked forward to trying to win the gold medal,” said Caluag, the country’s sole gold medal winner in the 2014 Asian Games in Incheon.

“I have been training all year and I am racing not for myself, but for the country and the entire Filipino people.”

Caluag, his brother and Fiennes – an up-and-coming rider at 19 – arrived here at dawn on Wednesday from a 22-hour trip from Los Angeles, with a brief layover in Tokyo where they didn’t have to change planes, and another short one in Singapore before finally landing in Jakarta.

The trio went for their practice ride on Thursday, and just like in the other sports where the organizers limited their athletes’ opportunity to try their venue, Caluag and company were given only three hours to test the track.

Caluag will be riding his reliable Yess BMX bike, the same brand that won him gold in Incheon. But because of the limitations set by sports officials back home, he could not bring along his new personal coach, New Zealand’s Kurt Pickard, whom he competed against in his Olympics debut in London 2012.

Caluag is also racing in a major international race without his wife Stephanie, who has to look over their daughters Sydney, who turns four next month, and one-year and six-month old Kailani.

Caluag laughed off suspicions that he has gone overweight or has retired from competition.

“Some people say I’m retired, I’ll leave them at that,” he said. “And some say I am overweight.

But I’m definitely more prepared now than how I was in Incheon.”

At 75 kgs, Caluag says he starts his training at 4 a.m. – which he conscientiously does while working as a nurse in two hospitals in California, City of Hope and Keiser. His gym regimen includes lifting 200kgs in the gym before hitting the track.

Caluag is currently unranked in the UCI, but stressed he has raced in competitions in the US where many of the world’s best also compete in.