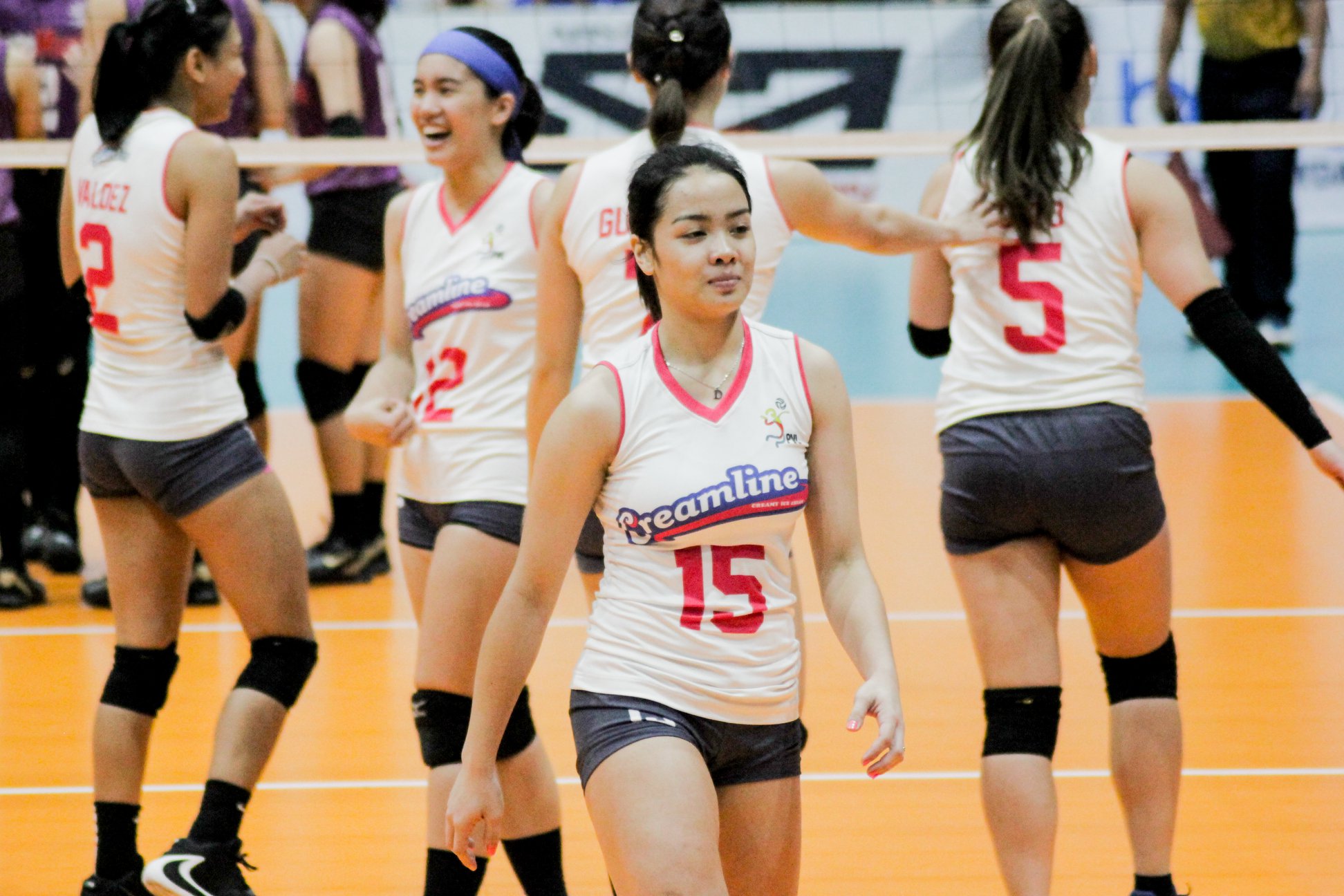 Riding the crest of a blistering surge through the 2019 PVL Open Conference, the Creamline Cool Smashers ran roughshod over the Choco Mucho Flying Titans, 25-15, 25-15, 25-16, Saturday.

With the duo of Alyssa Valdez and Jia Morado back in the fold, the defending champions flaunted their might against their sister team in front of an ecstatic, full-capacity crowd inside the University of San Agustin Gym in Iloilo City.

Coming from their tours of national duty in Sta. Rosa, Laguna a day ago, Valdez and Morado now suited up for their club team. The former tallied nine markers, nine excellent digs and eight excellent receptions, while the latter had 13 excellent sets.

The Creamline tandem delivered instrumental performances in the straight-set rout to help the Cool Smashers stretch their unbeaten streak to 12. Still, both Jema Galanza and Michele Gumabao shone the brightest.

Galanza scintillated with 16 points built on 12 attacks and a pair of kill blocks. Gumabao backstopped her on the offensive end with 12 markers spiked by four of her team’s dozen aces.

“It helps that we’re playing in the second round, meaning it’s easier to read our opponents game this time,” Gumabao said in relation to Creamline’s opening-round, four-set conquest over Choco Mucho. “But it’s all about preparation, scouting and we always give our best against the rest.”

Meanwhile, the Flying Titans fell to the seventh spot with a 6-7 win-loss card.

Creamline shall face Petro Gazz on Sunday, October 13, in Bacolod City. Choco Mucho, on the other hand, looks to get back on track against the BanKo Perlas Spikers on Wednesday, October 9, at the FilOil Flying V Centre.