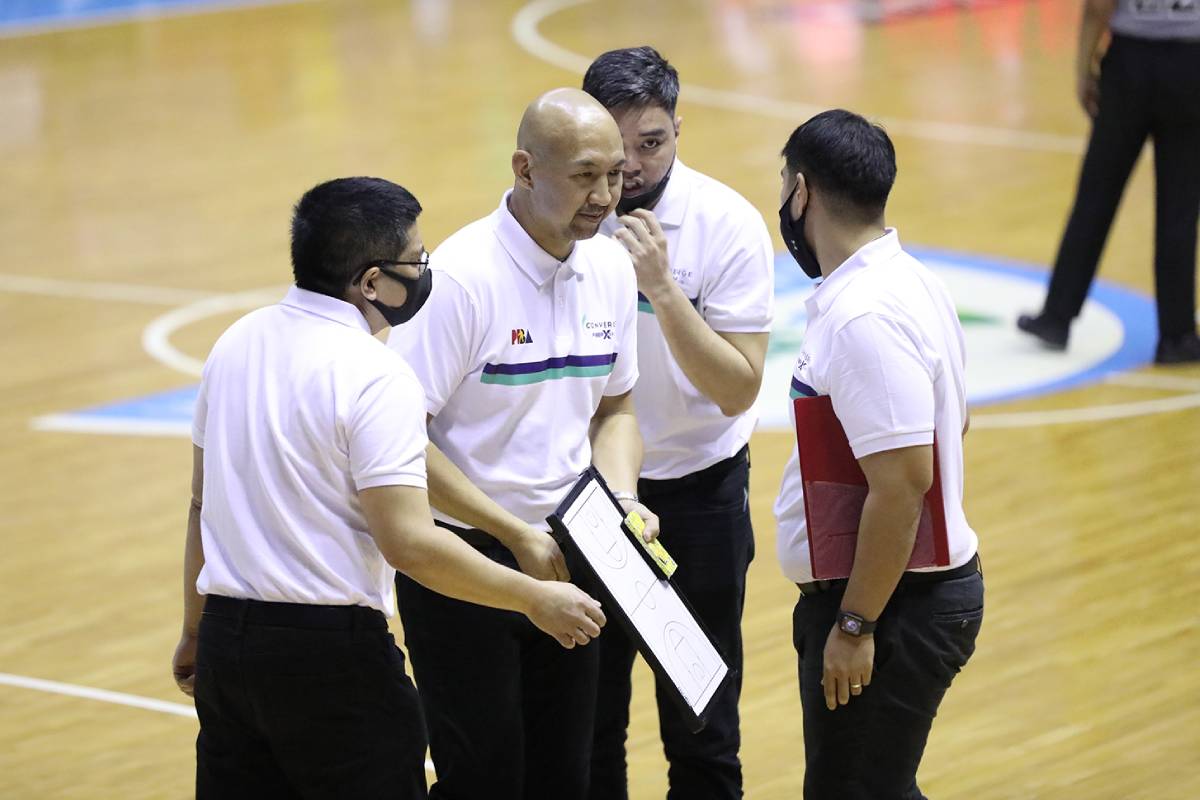 Aldin Ayo will have a staff that will have a lean staff heading into his first foray in the Philippine Basketball Association with Converge.

Converge has bought out the remaining years of Joe Silva and Monch Gavieres early this week, according to multiple sources closely monitoring the situation.

This comes a couple of weeks after the FiberXers let go of Jeffrey Cariaso and team manager Dickie Bachmann.

Silva was hired by Cariaso to be part of his staff in Alaska prior to the 2021-22 Governors’ Cup while Gavieres was a long-time assistant for the Aces.

Franco Atienza and Danny Ildefonso, meanwhile, will remain with the team.

The rest of Ayo’s staff will be those who stuck with him since his days at University of Santo Tomas.

McJour Luib will be his deputy while Joph Cleopas will serve as his strength and conditioning coach. JC Nuyles will handle video scouting.

Converge is currently in Pampanga for a three-day team-building activity.