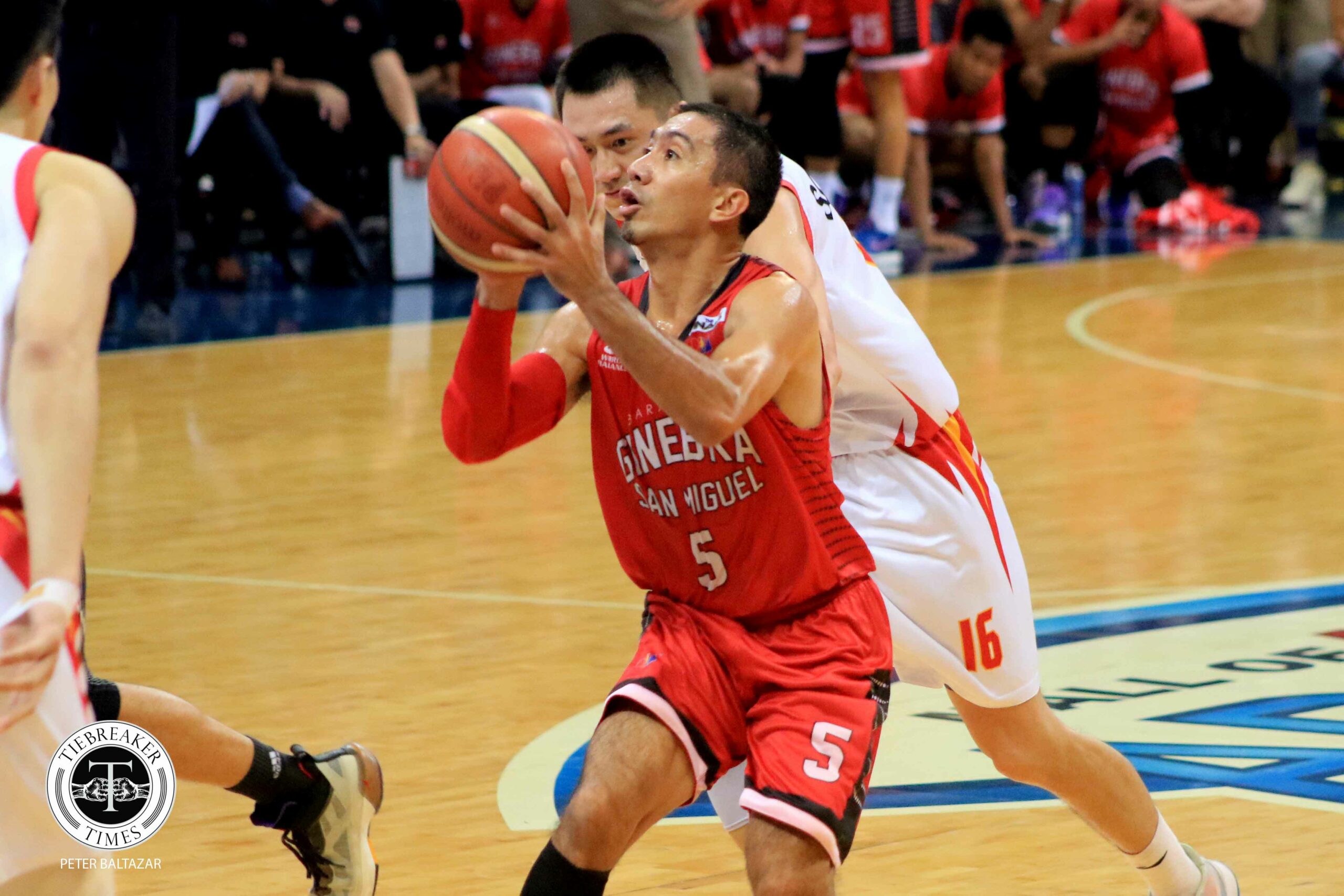 The Kings did take the 101-91 win to move closer in clinching the title they last won in 2018, but finished the game without their lead floor general for practically the entire second half as he got hurt mere seconds into the third quarter.

He was bound for another solid outing with eight points on 4-of-7 shooting from the field with three rebounds, an assist, and a steal until the premature exit. 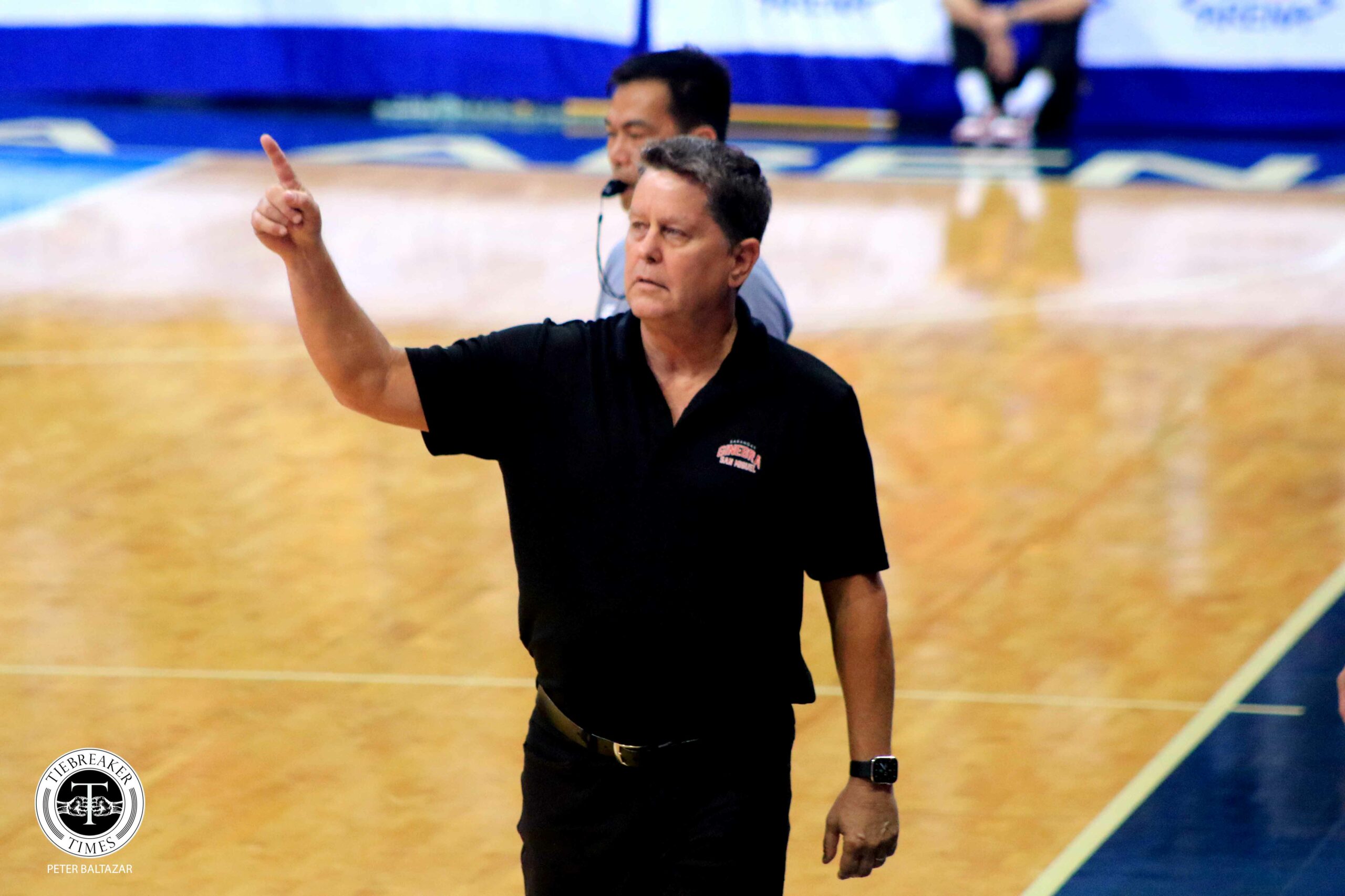 “It’s a groin injury. And those are the worst,” lamented the champion mentor after the match at the Mall of Asia Arena. “He scrambled for a loose ball, and he came up, and he felt his groin. Immediately, he wanted to come out of the game.

“He said he felt alright at halftime and he tried to go out. Within the first play, he could tell, ‘No, it’s not good,’ so he sat out the rest of the half. So, he really didn’t play the whole second half except for that first 10, 15 seconds.”

Aside from being a dampener in the triumph, the 38-year-old Tenorio’s injury marks another tough blow for a Ginebra side that’s playing with both Japeth Aguilar and Christian Standhardinger not in full strength.

While the 6-foot-9 forward has reportedly been playing through gastro-related problems, the former BPC suffered ‘extreme food poisoning’ just recently and stayed at the hospital a day before Game 5, according to Cone.

“I don’t know if anybody knows, but Christian was in the hospital all day yesterday with extreme food poisoning,” he disclosed. “He’s taken, what, five bags of IV trying to get ready at the hospital and at home. 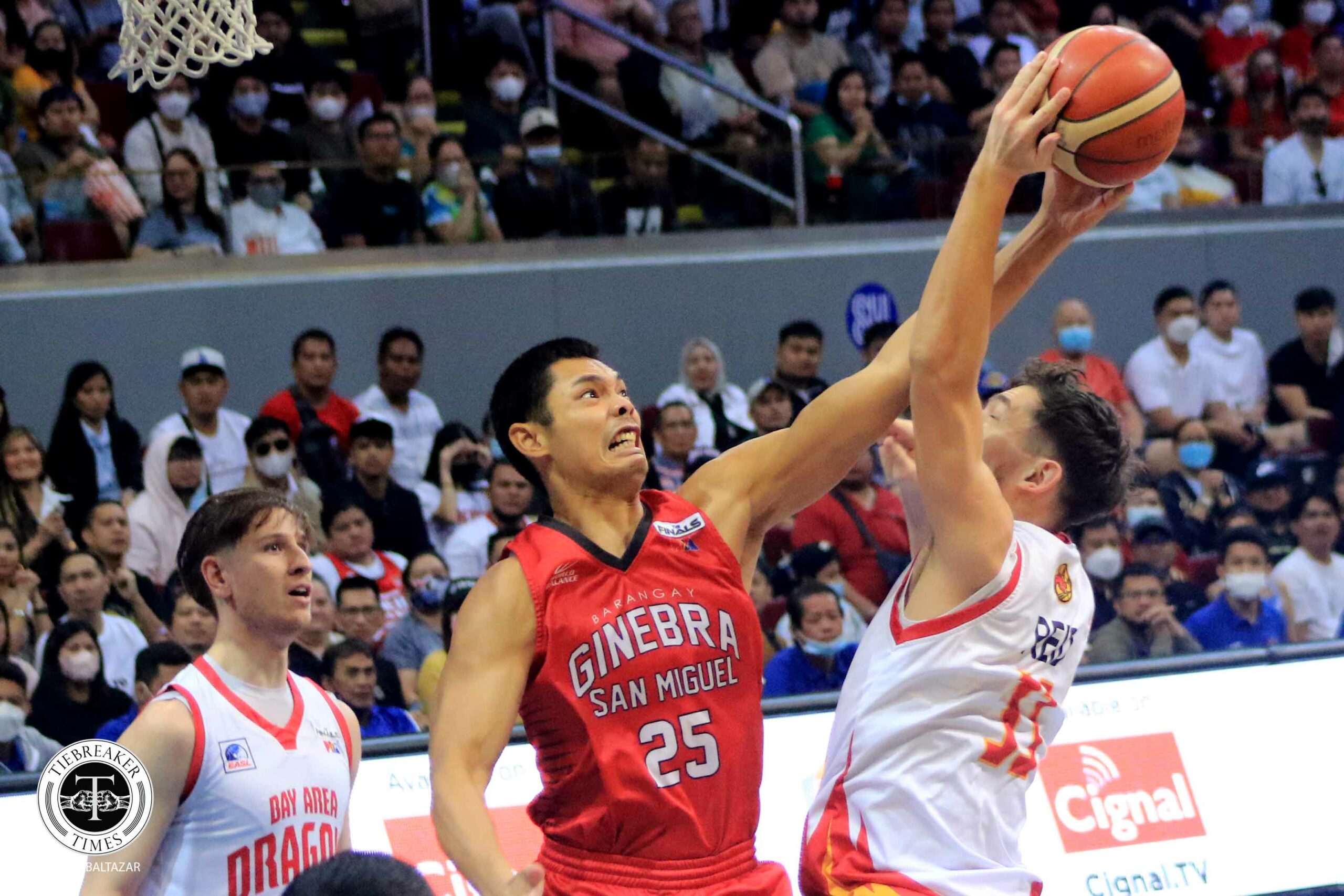 “We had someone sleep with him, and administer him. He really had no reason to play today, but he found a reason, it’s the Finals. But if it would have been a regular game, he would not have played,” he added.

Though worried, Cone understands that injuries are part of a series as tiring as the Finals, where they played three games in just five days.

“This is the third game, this is what happens when you play three games in five days, this is where the injuries happen,” he said.

“These are things where your trainers and your rehab staff become your MIPs — most important persons — on your team,” Cone added.

Tenorio was limping on the way out of the venue but played it down, and said that he’s headed straight to the hospital to undergo an MRI.

“Malayo sa bituka,” said the PBA’s ‘Iron Man’, who’s averaging 11.4 points on a 30-percent clip from beyond the arc in the series.

Game 6 is on Wednesday at the SMART Araneta Coliseum and Cone hopes that Tenorio suffered nothing serious as they await the MRI results.

“Hopefully we got him out fast enough that we didn’t damage him for the rest of the series,” said the 65-year-old tactician, who’s gunning for his 25th title.

“But we won’t know that, really, ’til tomorrow, when he can get through the therapy, get through the swelling, and then we’ll see what happens with him, how he’s walking and moving tomorrow,” he furthered.