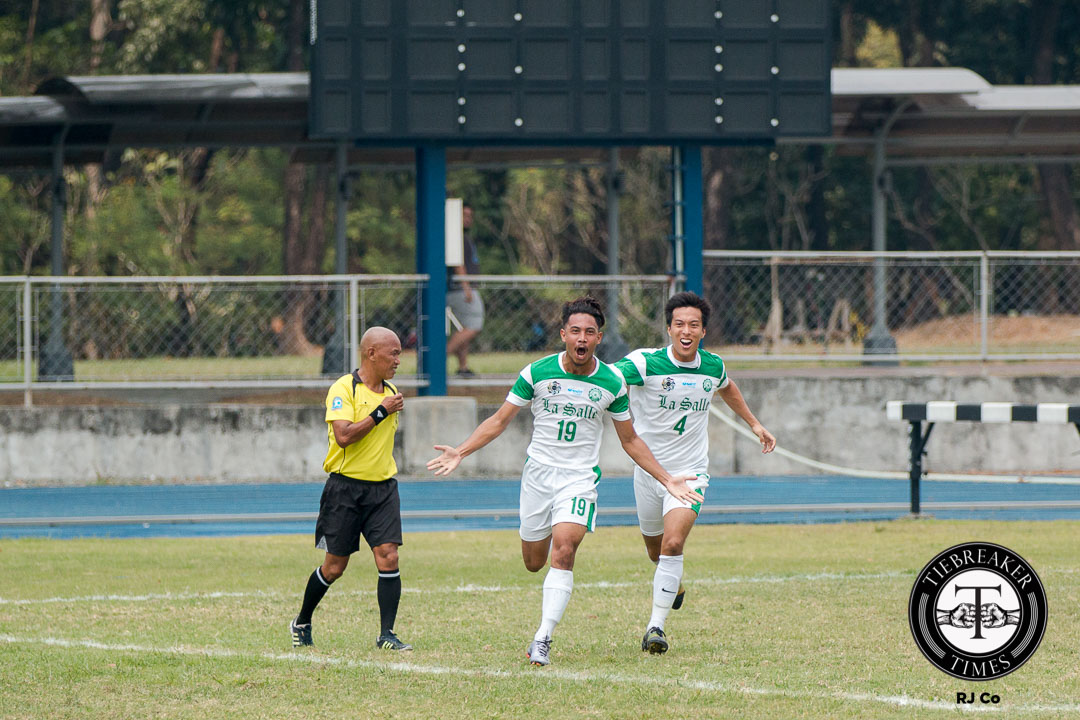 The De La Salle University Green Archers have conceded nine goals in twelve games this UAAP Season 78 Men’s Football Tournament. That’s not a bad record considering midfielders and forwards such as Val Jurao, Rico Andes, Paolo Bugas, Daniel Gadia, Paolo Salenga and many more currently ply their trade in the said league. It’s been another decent season for the Green Archers, as they look well on course to finish in the Final Four once again. More than ever, though, it’s the championship itself that is the main goal.

To win a championship, however, requires solidity at the back. And defensive solidity requires consistency, not only from a performance standpoint, but also personnel-wise. Two consistent members of the La Salle back four have been center-back Noel Brago and left-back Gerald Layumas. Together, they’ve been instrumental to keeping their opponents at bay for the Green Archers. Layumas, in particular, has also been a treat attacking-wise for the Green Archers and has goals in his locker.

Two straight wins are the best response to the back-to-back defeats La Salle experienced at the start of the second round. Layumas said, “Hindi lahat na-top palagi. May downside din. Tapos nag-hardwork kami tapos yun nakuha namin yung straight wins. Nag-comeback kami.” Brago likewise agreed and felt that the Green Archers had carried the momentum and willpower they earned in the win against the National University, into the one against the University of the East. “Yun na naibalik na after starting the second round with two losses diba so ang sarap na nabawi namin kaagad”, Brago quipped.

As mentioned earlier, Brago and Layumas have been stalwarts for La Salle’s defense. Layumas believed that it was all about hard work in training and focus which have kept him his place in the starting eleven. There is something more, though, which has made the whole backline effective. “Simple lang din. Yung communication lang talaga. Total yung communication kung wala yang communication, disorganized yung backline”, Layumas said.

Layumas is in his fifth playing year for the Green Archers. “Kaunting satisfied na ako pero kailangan pa rin i-continue kasi may responsibility pa rin”, he said. Come May, then, it’s now or never for that UAAP championship. He added, “Malaki yung trust ko sa team so kaya namin.” Brago still has two more playing years after this season and promised once that he won’t graduate until La Salle reclaims that long-awaited championship. In the end, though, it is the present on Brago’s mind. “Focus lang kami one game at a time tapos finals week kami this week, pano ba yan (laughs) Ang hirap so one game at a time lang talaga. Sunod lang sa instructions ng coaches namin.”

There’s still a long way to go for the Green Archers. They have two more elimination round games and a potential post-season to hurdle. However, expect Brago and Layumas to remain there all the way come the crunch time of the season. 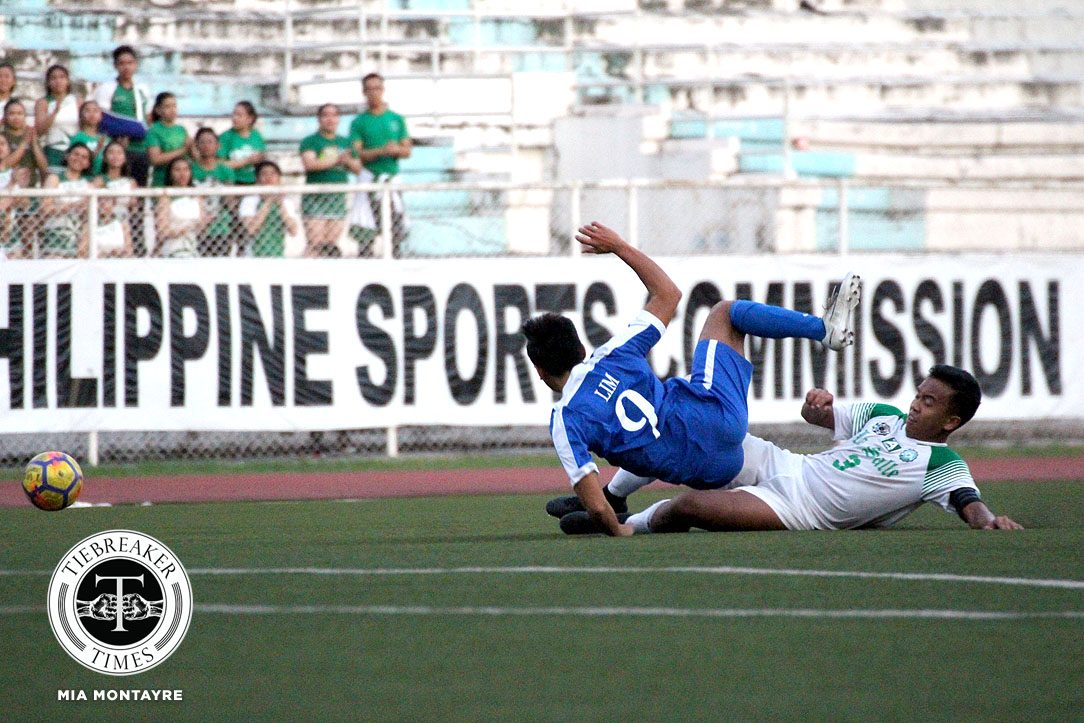 When referee Wilfredo Bermejo blew the full time whistle in the University of the Philippines Fighting Maroons’ 1-0 victory over the De La Salle... 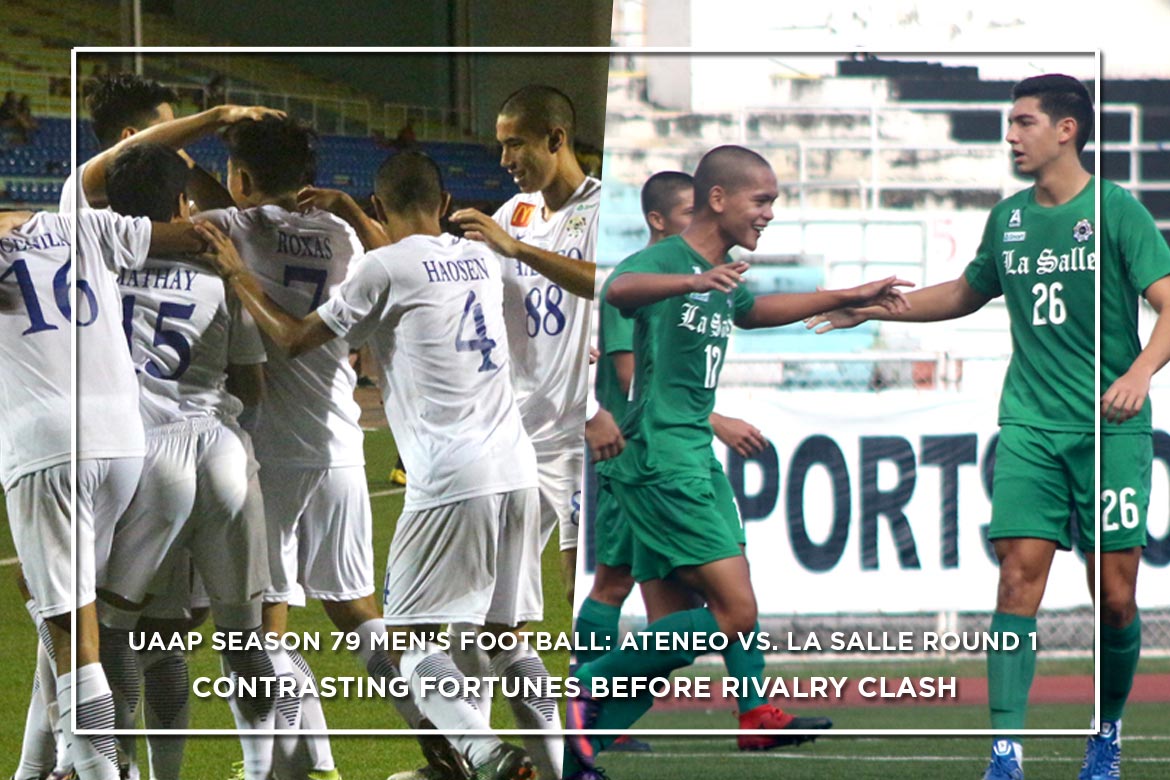 The Blue and Green clash once again One of the most highly-anticipated fixtures in the UAAP Men’s Football Tournament is the clash between arch-rivals...