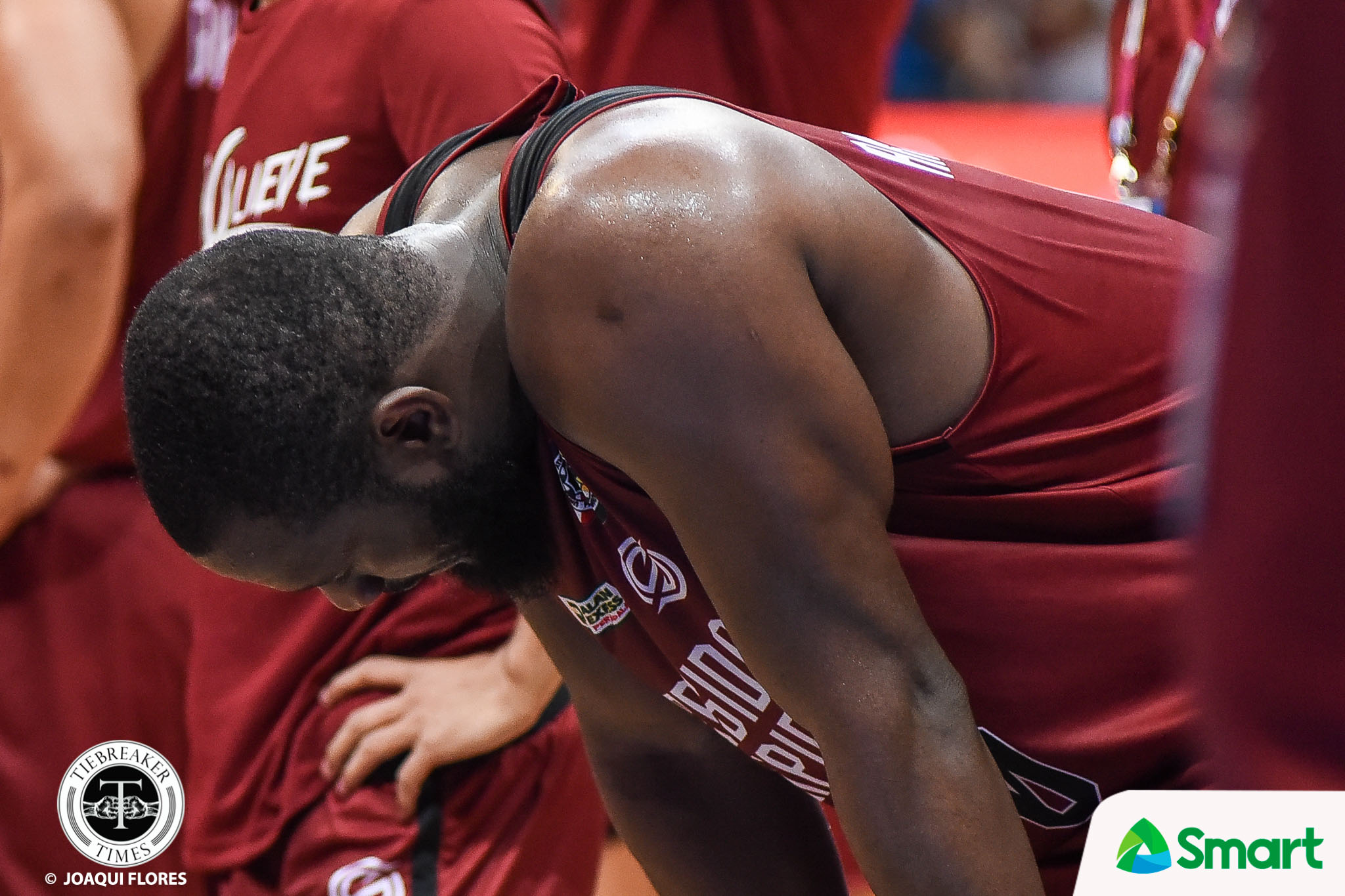 With 1:04 left in regulation during the epic encounter pitting the FEU Tamaraws against the UP Fighting Maroons on Sunday, officials called for a mandatory substitution for Alec Stockton, with Ino Comboy replacing him.

The 6-foot-3 Stockton had suffered a cut on his lip.

Videos surfaced later in the evening that the injury came from an apparent shot by UP’s Bright Akhuetie at Stockton during a loose ball sequence.

Prior to the sequence, the 6-foot-7 Akhuetie had missed a tip-in off of a Ricci Rivero mistake. Akhuetie was able to get his own board but fell on Patrick T’Chuente, who was on the floor.

For his part, Stockton dove towards Akhuetie just as the latter committed an error that resulted to a Kenneth Tuffin steal. As Stockton landed, his left elbow hit Akhuetie on the chin.

As Akhuetie tried to get back up, he stared Stockton down before throwing what looked like either an open palm or a closed fist that hit the Tamaraw.

Referees did not call a foul.

It is still unknown if the league is reviewing this incident as of publishing.

There have been numerous instances where the league has upgraded even non-calls to flagrant one or two fouls.

Back in October 17, 2018, Thirdy Ravena was seen on video throwing a closed fist at Paul Desiderio.

Though no foul was called, the league, under then-commissioner Junel Baculi, slapped a one-game suspension on Ravena that resulted in his disqualification from any regular-season awards.