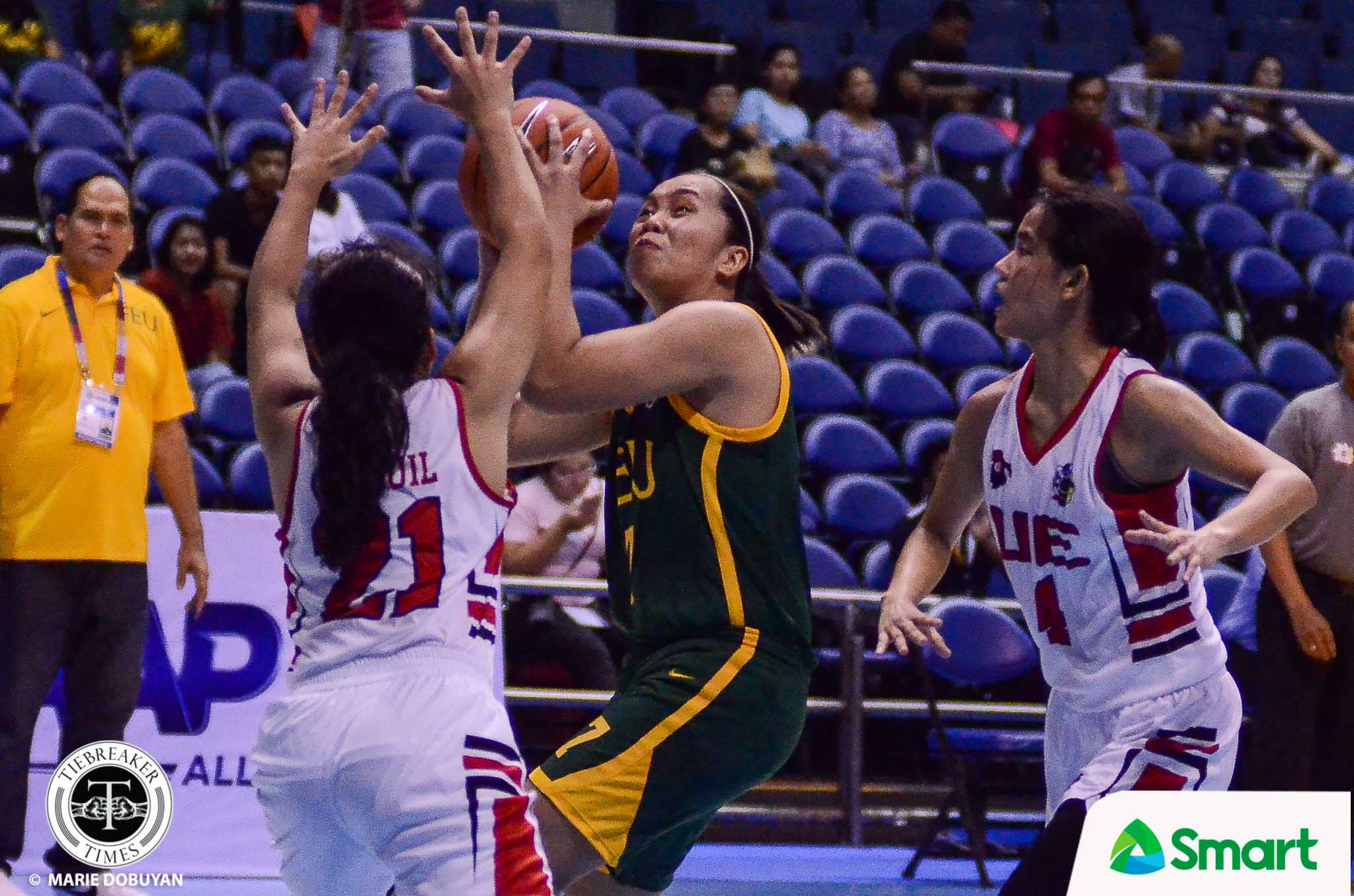 Far Eastern University held off a strong surge from University of the East to take the 70-59 victory Sunday in the UAAP Season 82 Women’s Basketball Tournament at Smart Araneta Coliseum.

Clare Castro towered over the competition as she uncorked 20 points, 13 rebounds, and six blocks to lead the Lady Tamaraws to their first win.

Their effort helped FEU break away early, taking a 34-15 halftime lead that swelled to as high as 18, 53-35, heading into the fourth quarter.

But Princess Pedregosa led UE back in the game, cutting the deficit down to just nine, 57-48, with 5:32 to play.

Castro, however, quashed that rally as the Lady Tamaraws took the 11-point conquest.

Yet Flores isn’t batting an eyelash despite losing grip of that lead, with him giving confidence to his younger wards.

Pedregosa paced the Lady Warriors with a double-double of 21 points, 14 rebounds, two assists, and two steals, while Jearzy Ganade had 14 points and 14 boards in the defeat that kept them winless after two outings.