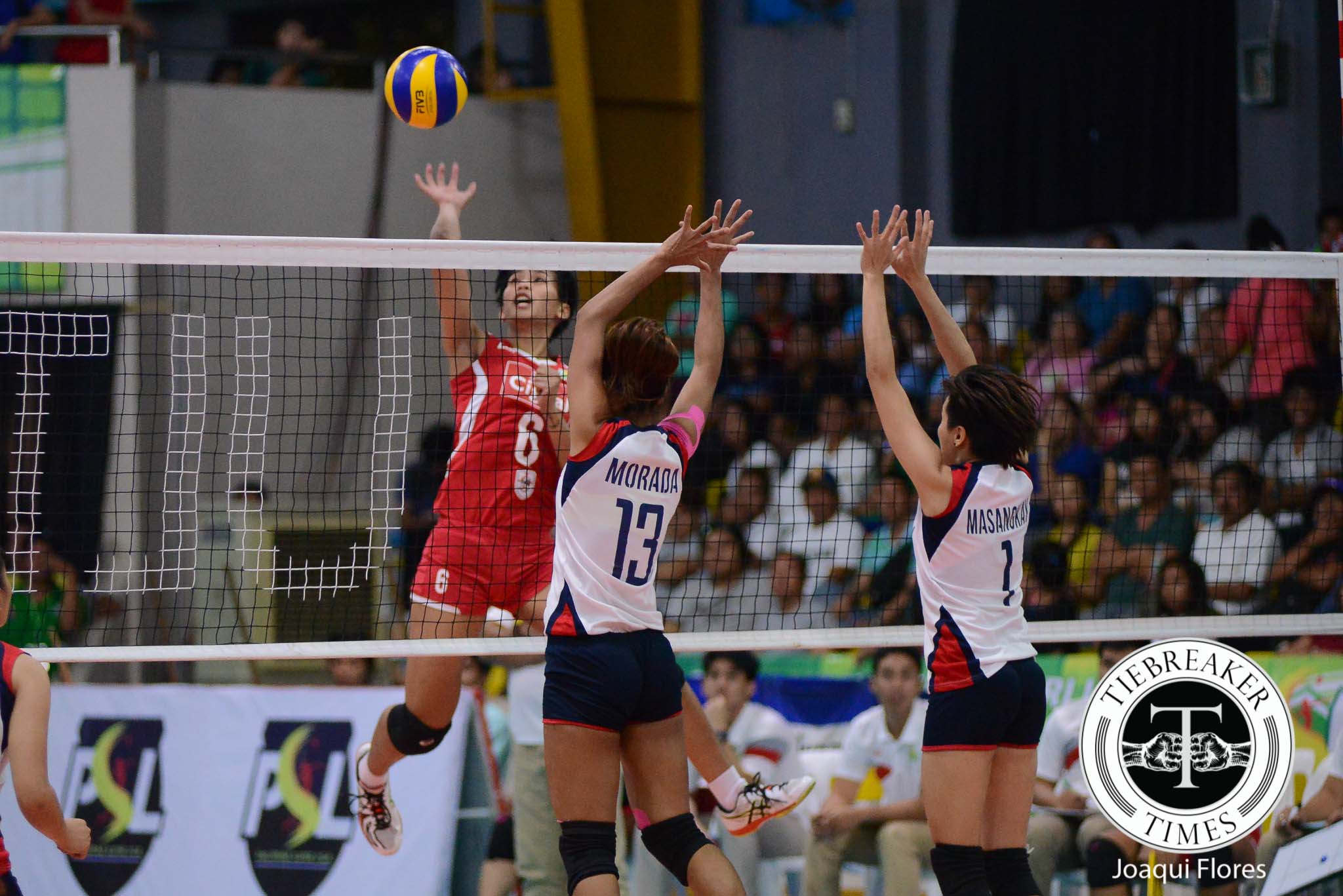 With their chances to advance to the next round of the Philippine Super Liga Invitational tournament on the line, the Cignal HD Spikers found a way to come out on top in their bout against the Petron Tri-Activ Spikers, 18-25, 25-13, 25-19, 20-25, 15-12, Tuesday evening at the Imus Sports Complex, Cavite.

Petron took control of the opening set from the get-go. The Tri-Activ Spikers gave Cignal fits, as the HD Spikers could not string together enough points to catch up. With a 23-17 lead, Petron team captain Aizo Pontillas scored the last two Tri-Activ points for the win.

The HD Spikers came back with a vengeance on the second set. With the set tied at 2, Cignal blitzed the Petron for a 6-1 run to take a 9-3 lead. From there, the HD Spikers stepped up their defense, not allowing the Tri-Activ Spikers to score consecutive points for the rest of the set.

Cignal’s Jeanette Panaga waxed hot to start the third set. After a Ces Molina attack error, Panaga single-handedly pushed Cignal to a 4-0 early lead by notching back-to-back blocks kills on Molina before scoring an attack herself. Petron were quick to respond, though, bum-rushing Cignal for a 9-0 run led by Pontillas and Maica Morada, effectively doubling Cignal’s output at 10-5.

Petron were unable to keep up the pace, however, as Cignal were able to battle back and tie the set at 12. As in the first set, the Tri-Activ Spikers had difficulty scoring consecutive points, as Cignal took a 2-1 set advantage.

The fourth set saw both teams battle for the lead. Cignal were the first team to slip, as a 3-all tie quickly turned into an 8-5 deficit due to their errors. Petron continued to pressure the HD Spikers, with Grace Masangkay scoring on a dump, Mina Aganon notching a kill, and Bang Pineda scoring back-to-back aces.

Staring at a 24-17 deficit, the HD Spikers attempted to stage a comeback, scoring three consecutive points. A Pontillas kill, however, ended the set for Petron.

The final set was a back-and-forth affair all throughout. Petron jumped to a 3-0 lead, but four straight points by Cignal put them ahead 4-3. Both teams then proceed to trade leads multiple times through the set. With the set tied at 12, Jannine Navarro scored on a kill, and Djanel Cheng connected on consecutive service aces to put the match away for Cignal.

Cignal head coach, Sammy Acaylar praised his players for maintaining their composure throughout the match. He cited that their character development is something he has strived to improve for his players.

Cignal were led by Navarro’s 18 points. She was aided by CSB teammate, Navarro, who nabbed 16 makers. Rizza Mandapat and Grace Berte scored 11 and 10 points, respectively, to round out the HD Spikers’ double-digit players.

Petron, on the other hand, were led by Pontillas’ 18 and Morada’s 10 points.