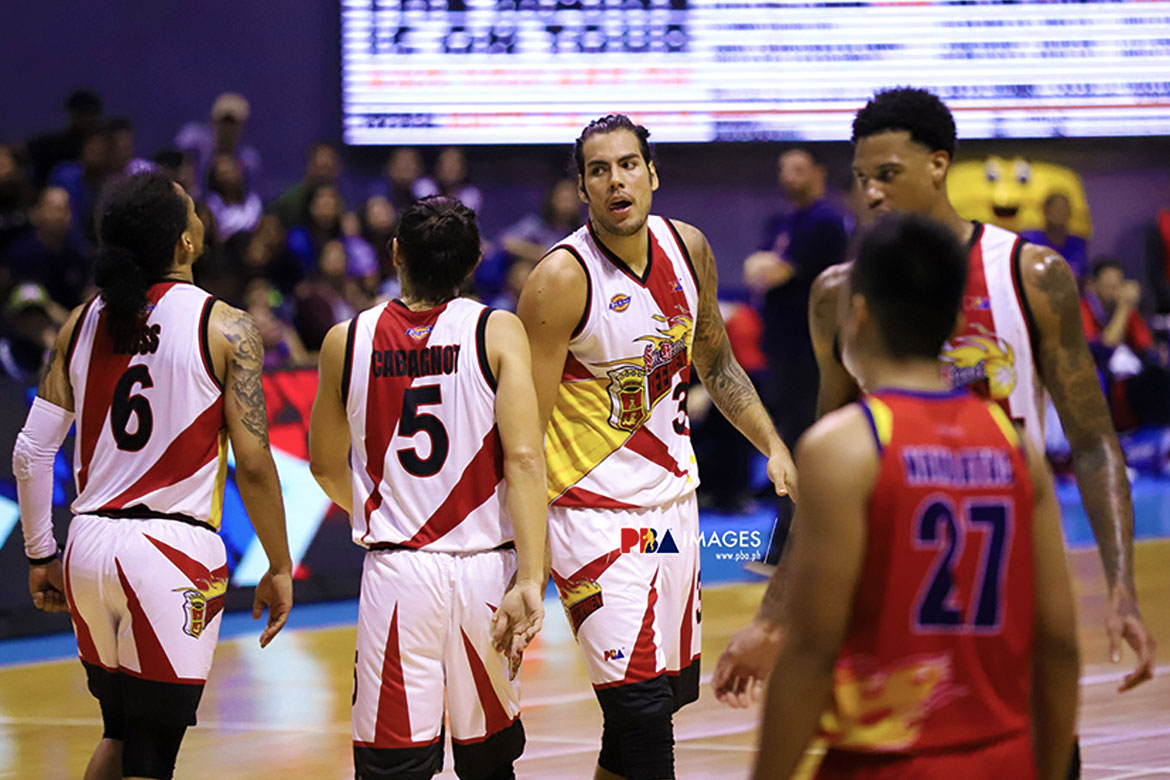 Since Terrence Jones was his usual self during Game Five of the 2019 PBA Commissioner’s Cup Finals on Wednesday night, San Miguel head coach Leo Austria needed someone who could stay in front and pressure the TNT import.

So he chose Christian Standhardinger.

“After watching them in the second half, I saw nothing happened. So we need somebody who could defend Jones or pressure him, and that is Christian, and we knew we had the chance,” recalled the decorated bench strategist.

The Fil-German bruiser did his best to stay in front of Jones to slow him down. And he succeeded, limiting the former NBA cager to just three points in the final frame after Jones put up 32 across the first three quarters.

Standhardinger even kept Jones scoreless in the final 2:21 of the game. He also forced Jones to commit a turnover with 38 seconds left – leading to a Chris McCullough bucket – then contested his lay-up to prevent TNT from regaining the lead.

“During the timeout, I told them if we make the next two stops, we will win the game. And that’s what happened,” shared Austria, whose side is now just one win away from bagging the mid-season conference title.

Standhardinger finished with only four points and three rebounds in 15 minutes. Still, he’s happy to have fulfilled his role on defense since it led to the victory, which gives them the chance to finish the series in Game Six on Friday.

“The team comes first, and coach Leo puts me in and I try to give my best. And today, it wasn’t about scoring because we have many great scorers. It’s about playing defense and I tried my best to do that,” said the 30-year-old.

“And I’m very happy that we were able to get the victory.”

Standhardinger is also proud of all the Beermen after they fought back from 16 points down early in the final frame, which came after Jones scored and assisted in the KaTropa’s 9-0 scoring blitz.