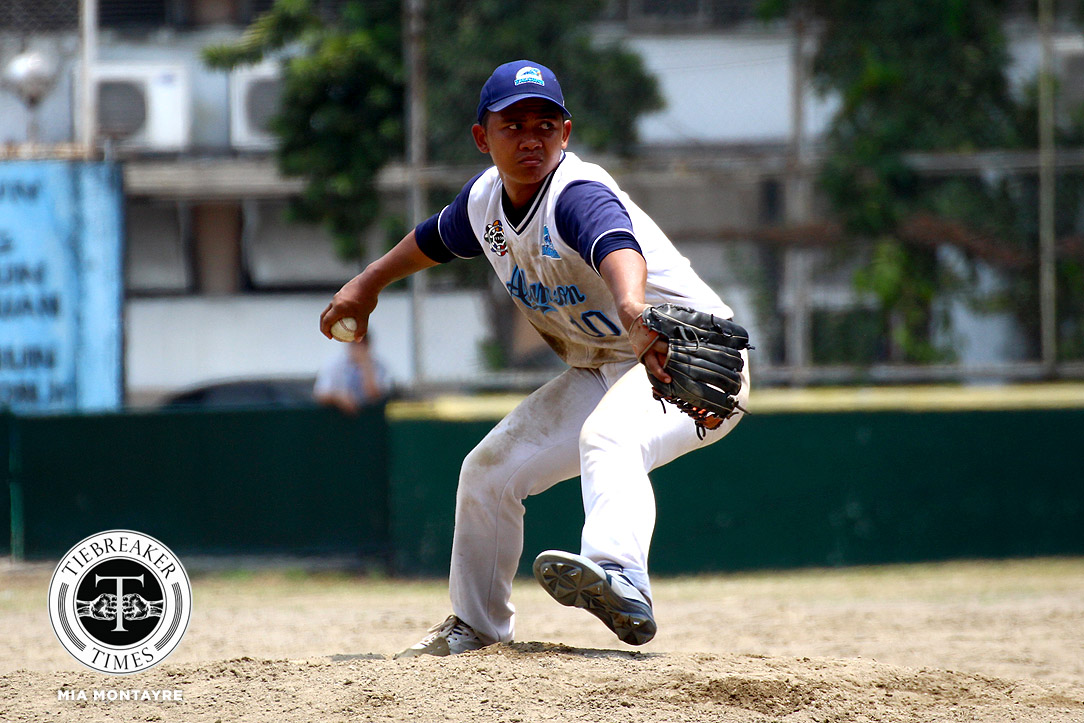 When the going gets tough, great teams need great players to step up.

Senior pitcher Christian Maigue rescued defending champions Adamson University from the comeback attempt of University of the Philippines both on offense and defense, as the Soaring Falcons got the 6-4 win over the Fighting Maroons, Wednesday afternoon at the Rizal Memorial Baseball Stadium.

Adamson broke the deadlock in the first inning, as starting pitcher Lester Carandang got on base on four balls and Raymond Matic delivered the Falcons’ initial hit to get runners in scoring position. After Vince Terrible saw three strikes pass his zone, Maigue stepped to the plate and reached first on a fielder’s choice that dismissed Carandang. Vinx Castillo then drove in a fly ball to deep left that met UP leftfield Gabby Yang’s glove. Unfortunately, the fourth-year Maroon fumbled the catch on a slide, eventually scoring Matic and Maigue for the 2-0 lead.

Two more runs in the next two innings put Adamson comfortably ahead at 4-0, before the Fighting Maroons disturbed the scoreboard. Substitute left fielder Basil Taylo received free base on his first plate appearance, which third baseman Jerico Cagas capitalized driving in a two-base grounder to the right that sailed past the defense and scored his batchmate.

Kouichi Igarashi then doubled UP’s output and punched in another swift ball into the same area to send Cagas home.

The Falcons responded with their own two-run inning in the seventh to reclaim the four-run advantage at 6-2. Carandang punched in a single to put runners in the corner, but Kyle Villafana’s tag-up went too far and was gunned down on the way home.

Adamson then simply shook off the mental lapse. Maigue drove in the biggest hit of the game, a triple that scored Carandang and Matic off a hot grounder to the left field with two outs on the board. UP eventually dismissed Terrible again to end the side, but the lead was overwhelming.

The Maroons kept themselves in the game with two more runs in the eighth inning.

Feeling the heat, Adamson head coach Orlando Binarao called it a day for Carandang. It was now time for Maigue to step up, and the fifth-year versatile player delivered. The relief pitcher dismissed the first batter he faced and then anchored his defense to stop the retire the side eventually.

Maigue finished the game with a no-hitter in the two innings he pitched to get the save, and ended his offensive production with that two-RBI triple to put the Falcons out of the woods for good. He also crossed home once out of the Falcons’ six.

The win evened Adamson’s record to 4-4 to keep their playoff hopes alive. UP, on the other hand, fell to 2-6.

The Soaring Falcons will take on the University of Santo Tomas on Sunday, March 17 at 1 pm. Meanwhile, the Fighting Maroons and the National University face in the curtain-raiser of the same day.