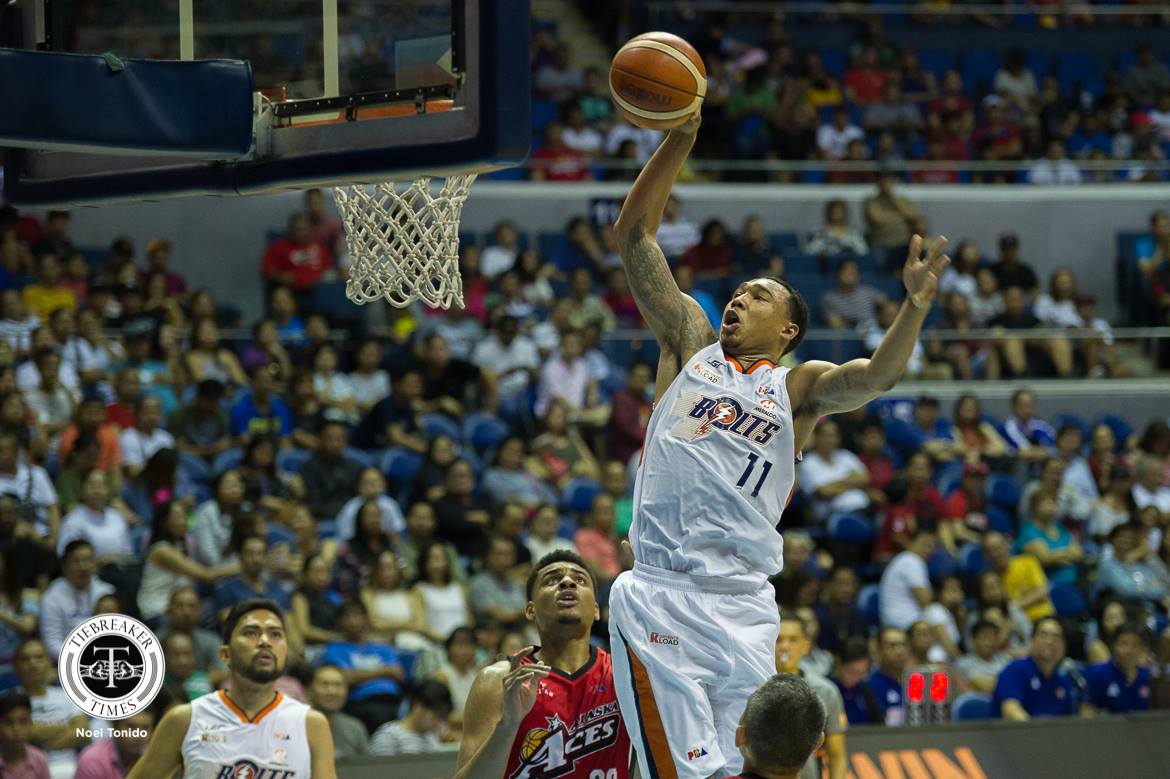 The Meralco Bolts had been nothing but impressive on Sunday night. They had just ended the Alaska Aces’ scorching seven-game winning streak, 89-74, to gain a share of the second spot in the 2018 Commissioner’s Cup standings.

Their defense had been the one that did most of the damage as they limited the Aces to just 87 points, far from their 108-point average. Defense had also been the key in their third quarter surge, where they led by 17 and held on it all the way.

But their offense had also been well-deployed in the streak-busting win. Six players finished in double-figures, with Chris Newsome leading the pack with 18 points, along with eight assists.

Newsome, for yet another time this conference, had been all over the place for the Bolts.

But the highlight of his performance came in the third quarter, in the midst of the Orangemen’s breakaway from the Milkmen.

With less than seven minutes to go in the quarter, Newsome used teammate Ranidel De Ocampo’s screen, and as soon as he saw the middle left with a wide-enough gap, the 6-foot-2 swingman did not hesitate and drove aggressively.

“Honestly, we just play off each other,” the third-year pro shared.

The result? A one-handed throwdown that left all –including the Aces — inside the SMART Araneta Coliseum in awe.