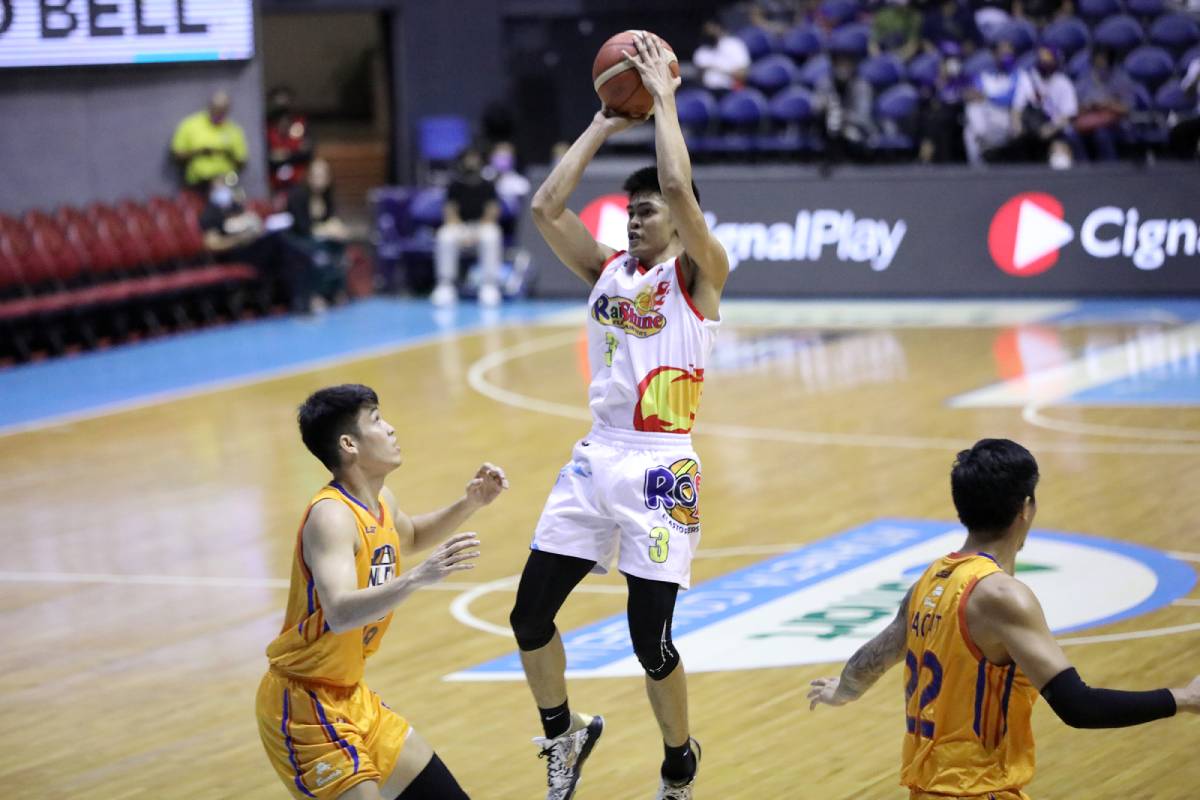 Cellar dweller Rain or Shine ended its six-game slide, and a big part of it can be credited to the rookie Gian Mamuyac.

Elasto Painters head coach Chris Gavina thought so and just showered the Ateneo product with praises after their 96-86 win over NLEX to return to the 2022 PBA Philippine Cup win column, Saturday at the SMART Araneta Coliseum.

“You know, when we picked him (Mamuyac) at five, we knew we’re getting someone special,” said Gavina.

“I’ve just been telling him, at some point in time, it’s gonna come together for him.”

And it did today as Mamuyac fired 15 points on a scorching 4-of-6 shooting from behind the arc, including one that ended a Road Warriors’ 11-0 run late in the fourth which cut a 19-point deficit to just eight.

He also dished out three assists, had two steals, and grabbed two rebounds in 29 minutes of action.

“Today, he turned the corner, Talk ‘N Text was really his coming out party. And now, it’s time for him to shine,” said Gavina. “Our vets know it, and the rest of his teammates just feed off his confidence and energy on the floor. It came out today.”

“Huge factor po diyan is ‘yung confidence that my coaching staff gives me all the time and also my teammates po,” said the 23-year-old guard out of Ateneo on his good showing.

But the praise did not stop there as the head tactician went as far as comparing Mamuyac to Rain or Shine legends Gabe Norwood and Jireh Ibañes.

The comparison stemmed from Mamuyac’s ability to be crisp on both ends of the floor, just doing it all.

“On the defensive end, you can pretty much say he’s like a Jireh and Gabe put together,” said the delighted mentor.

“Then he has his unique abilities to create shots for himself on the offensive end.”

With Mamuyac slowly finding his shot and the Elasto Painters finally breaking the six-game shackle they endured, the squad looks to continue this way.

And they will fight until there are games left to play, especially since the win against NLEX allowed them to stay in contention for the postseason.

“This is our story right now, and we’re not yet done writing it. We still have three more games left, and we’ll see what happens po.”