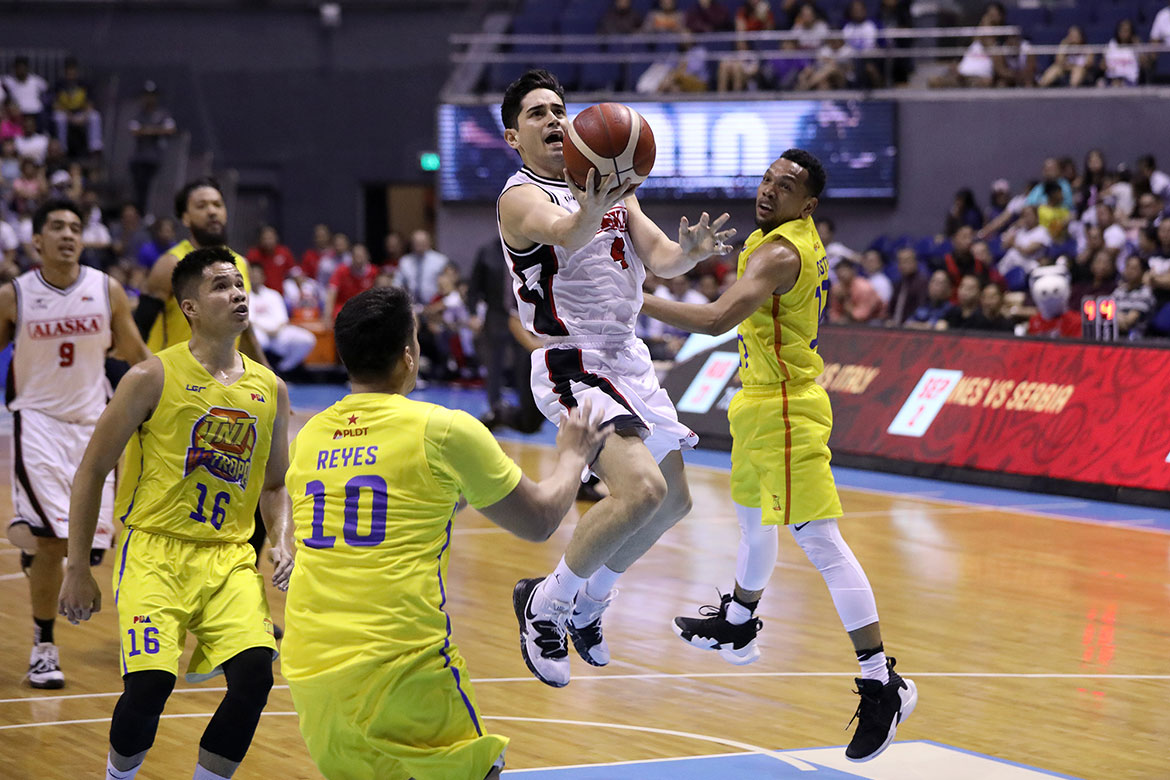 Chris Banchero was in awe of the way his Alaska Aces played on the defensive end after they stunned the twice-to-beat-armed TNT KaTropa, pushing their 2019 PBA Commissioner’s Cup quarterfinal clash to sudden death.

“Our defense tonight was fantastic,” said Banchero, who had 14 points in their 102-76 rout of the Texters Sunday.

The Aces came into the quarterfinal meeting with the KaTropa as the heavy underdogs. The Texters entered the quarters with an eight-game winning streak, while Alaska had to beat Meralco in a playoff just last Friday.

But was not the case on Sunday, as the Aces displayed grit-and-grind basketball all throughout. They limited the opposition to a horrid 29-percent shooting from the field and forced them into 15 turnovers.

Alaska also did a commendable job defending Terrence Jones. From averaging 33.7 points, 16.1 rebounds, and 7.7 assists in the eliminations, the former NBA player only had 19 points, six boards, and two dimes in seven errors.

“I thought Bri (Carl Bryan Cruz) did a great job, I thought Racs (Kevin Racal)… Everybody who had a job on Terrence Jones did a great job. That was the plan – to stay in the gaps and make other players beat us,” Banchero said.

This win is definitely a huge one for the Aces, considering that they suffered five straight losses before beating Meralco. But Banchero said that they cannot be too happy, as they still have one more game left this Wednesday.

“We can’t be too happy,” he asserted.

“It was a big game for us. But the first thing that coach said is the game’s over, we have a knockout game here on Wednesday and they’re going to play a lot better than they did tonight. They’re going to make adjustments,” the Filipino-American guard continued

“So we need to make adjustments as well. They are going to come a lot more aggressive than they were today. They’re the number one seed for a reason, so we need to be prepared for what they got on Wednesday.”

Mark Dickel, TNT raring to get back at Alaska: ‘We’re gonna return the favor’

Sangiao on Kevin Belingon’s mindset vs Bibi: ‘It’s about winning clean and clear’