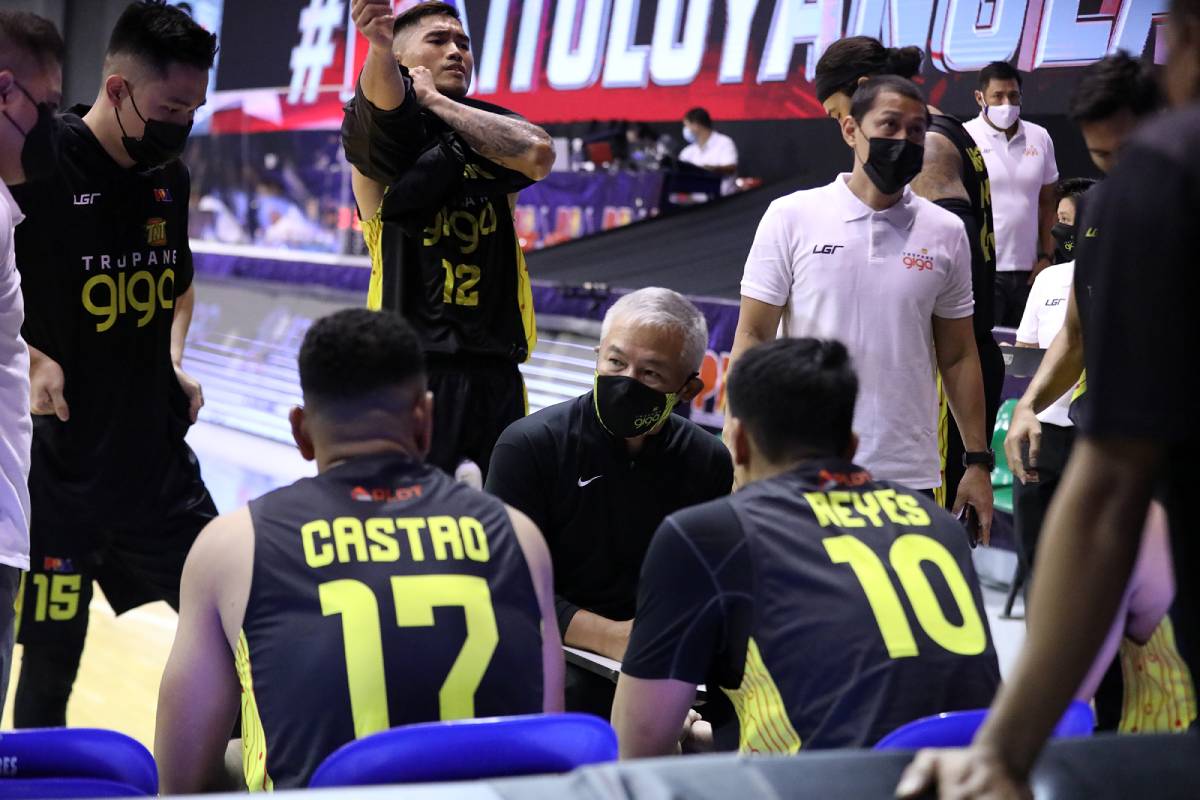 Chot Reyes admitted that it felt weird to be back coaching on the sidelines when TNT made its 2021 PBA Philippine Cup debut versus Terrafirma, Saturday.

It has been a couple of years since the decorated tactician last called the shots for a team, when he handled Gilas Pilipinas in the 2019 FIBA World Cup Asian Qualifiers’ third window back in July 2018 remembered for that brawl.

But it has really been a long time since he last served as a chief mentor in Asia’s pioneering pro league. Nine years, to be exact, or since leading the Texters to their third straight all-Filipino crown to bring home the Perpetual trophy.

“It felt weird, to be very honest,” said Reyes. “Like I said earlier, I really didn’t know anymore how to prepare for a game, the routine, especially now that there are a lot of restrictions.

“It was weird in that sense.”

The PBA’s only five-time Coach of the Year got a fitting welcome in his return as his wards gifted him an 86-79 win. But he was far from satisfied.

Sure, the Tropang Giga won, but not before surviving a late-game Dyip rally that saw their 22-point lead become just five approaching the last two minutes.

Definitely, they dodged bullets when Johnedel Cardel’s wards failed to convert shots that would have sliced the deficit further. And there was also Poy Erram that made the insurance bucket to secure the win.

“Obviously we’re happy we won, but we’re kinda disappointed with the way we played in the last quarter and a half of this game. I thought we weren’t faithful to how we wanted to play this game,” said Reyes.

#ReadMore  Baltazar, Lopez shine vs INA as Gilas one away from ACQ sweep

“I thought the way we ended this game was very disappointing for me.”

Another reason behind the disappointment was the kind of effort he saw from his wards, a facet which Terrafirma beat them.

“We might miss shots, but there’s never an excuse for poor effort, and that’s where my disappointment comes,” he said. “I thought that Terrafirma did a great job of beating us in the effort department, especially in the last quarter.”

Still, this is only TNT’s first game. And this, for Reyes, is all part of the learning process, especially for him as he is still trying to shake off rust.