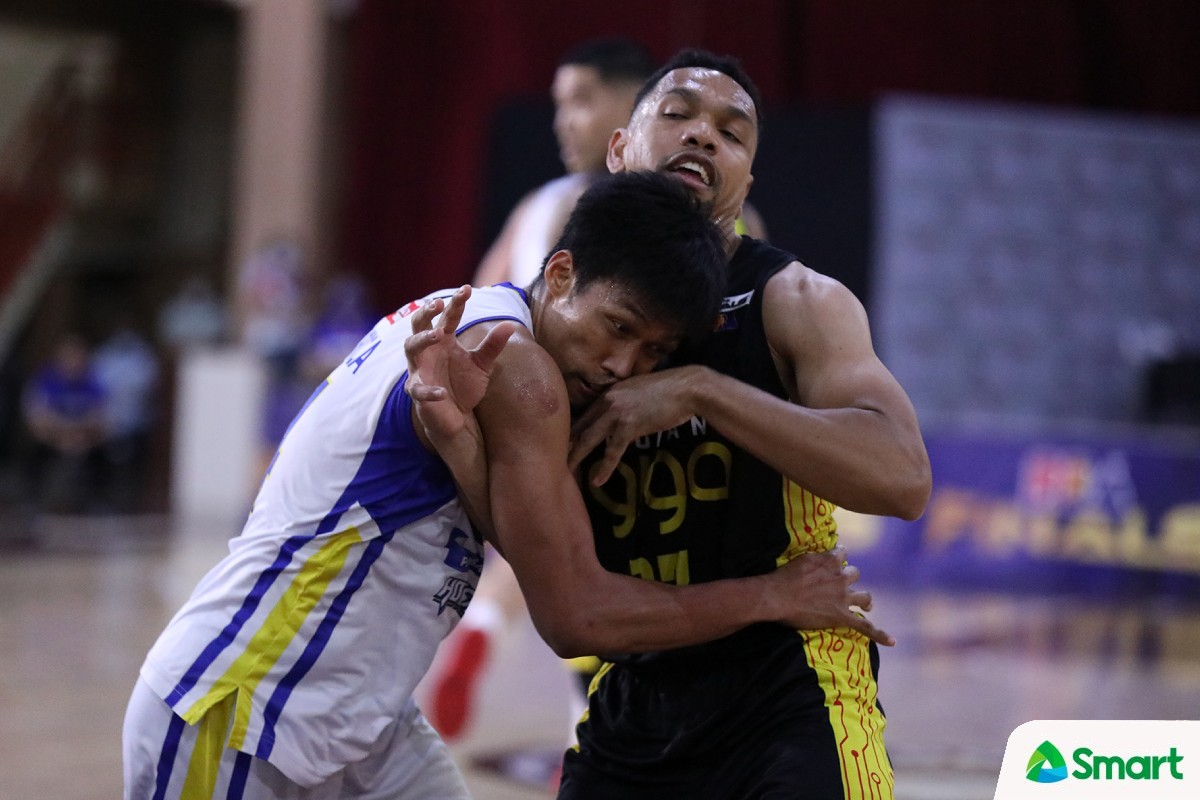 Those two things, according to Chot Reyes, were the reasons behind TNT’s record-setting first half. It allowed the Tropang Giga to take Game Two of the 2021 PBA Philippine Cup Finals versus Magnolia, Friday night.

“Execution and selflessness – the willingness of our players to make the extra pass and find the open guy,” offered the multiple-time champion coach moments after their 105-93 victory at the DHVSU Gym in Bacolor, Pampanga.

The Tropa drilled 13 of their 17 three-pointers in the first 24 minutes. And per league stats chief Fidel Mangonon III, those are the most triples made in the first half of the Finals, breaking the 11 set by San Miguel twice.

Such a fiery shooting led to a 66-point output at the turn. That was the most for a first half in the Finals since Ginebra’s 67 in Game Four of the 2018 Commissioner’s Cup Finals versus the Beermen. The Barangay won, 130-100.

Meanwhile, ten of their treys came in the first quarter alone to build a 40-27 advantage. Those points are the most for an opening period in the Finals since TNT made the same amount in Game One of the 2011 Governors’ Cup versus Petron.

“We always say in our offense [that] the ball has energy. So if they’re willing to share it and move, then we just find the open men. That’s what led to the hot shooting in the first half,” said Reyes.

The Tropang Giga, though, was also aware that they could only remain hot for so long. They will still need to rely on good ol’ defense to win.

And that’s precisely what took place in the second half. After being ahead by as wide as 21, the Hotshots slowly chipped away the deficit. They made it a four-point game, 90-86, early in the final period.

But thanks to Mikey Williams’ timely baskets plus, of course, their grit on the defensive end, Reyes’ wards averted disaster and took home the 12-point victory to go up 2-0 in the best-of-seven series.

“We talked about it at halftime; we knew it’s not going to last, and in the end, we’re still going to need to defend and rely on our defense to win the game. And that’s what happened.”