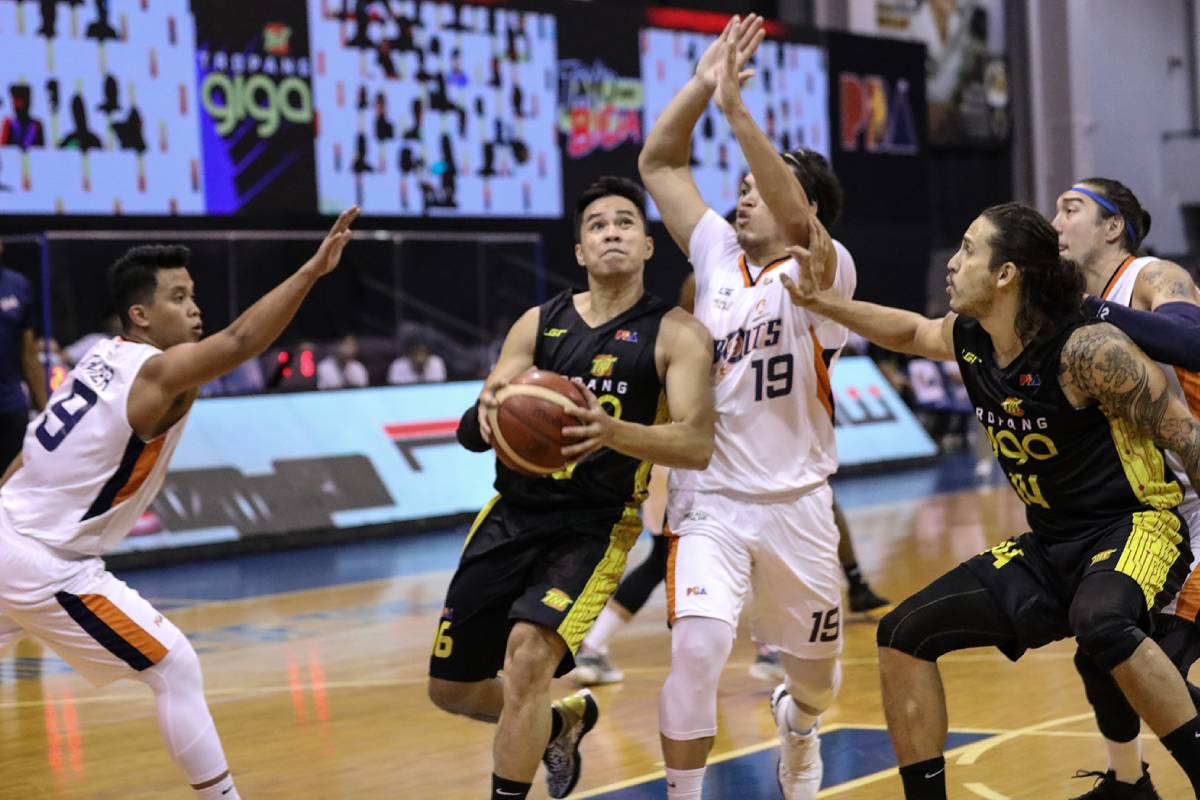 Though he described his coaching return as ‘comfortably uncomfortable,’ Chot Reyes nonetheless feels excited to be back as the chief think-tank of TNT.

Among other things, the five-time PBA Coach of the Year looks forward to the chance to coach the talent-laden Tropang Giga, who finished as runner-up to Barangay Ginebra San Miguel in the 2020 Philippine Cup Finals.

One of the players he can’t wait to work with is Roger Pogoy, whom he mentored during his time as head coach of Gilas Pilipinas.

“Very, very excited,” expressed Reyes in a guest appearance in ONE News PH’s The Game.

“You know, we picked RR from relative obscurity when we picked him to join the Gilas pool. He was very unheralded.”

Pogoy was the flagship MVP Group franchise’s pick in the special Gilas draft in 2016. The proud son of Talisay, Cebu has since emerged not only as a cornerstone of the national team, but of TNT as well.

He was crowned Rookie of the Year in 2017, before becoming part of the Mythical Second Team in 2019. But it was really in the Clark bubble last season that he showed that he’s among the league’s bona fide stars.

The former Far Eastern University standout opened the season resumption with a 45-point explosion versus Alaska. He then went on to become one of the league’s top scorers with an average of 20.0 points in 22 games.

Pogoy also collected 5.7 rebounds and 2.5 assists. And he proved once more why he is one of the league’s top two-way players today with his two steals per outing, which was the fourth-best last season.

Reyes, who steered TNT to four PBA championships, is eager to see how the 28-year-old guard could become even better next season.

“Everybody knew that he was a solid player, but nobody expected him to be this good this season. We are excited to get back and see how much better he can become,” said the 57-year-old, who last coached in the PBA in 2012.

Aside from Pogoy, Reyes also feels excited to reunite with another Gilas vanguard in Troy Rosario. And with, of course, the main man Jayson Castro and his fellow veterans Ryan Reyes and Jay Washington.

“Same thing with Troy. There’s a lot of excitement there. And then the fresh ones like Jayson, J-Wash, and Ryan Reyes,” said the eight-time champion coach with a grin. “I think it’s going to be a treat.

“I’ve worked around Ray Parks during the Jones Cup, and excited to work with Poy Erram. So like I said, it’s going to be comfortably uncomfortable.“