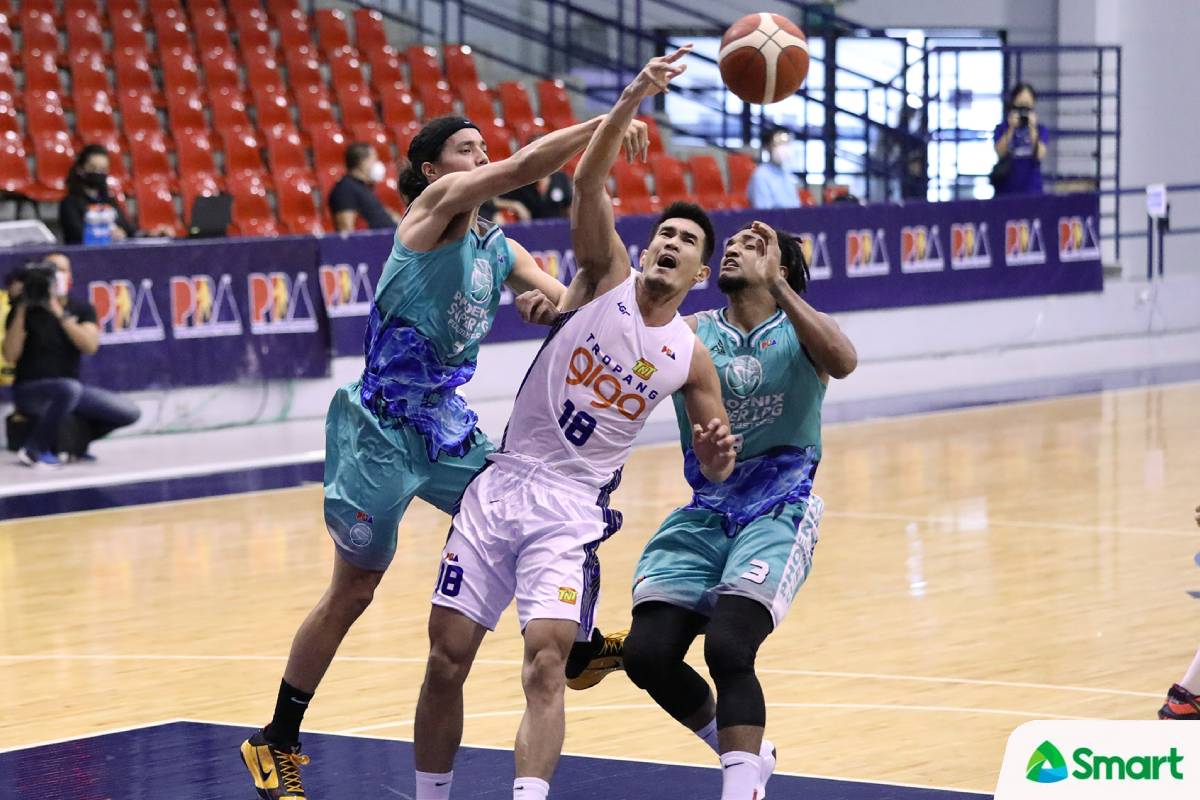 Much has been said about Troy Rosario being the next Ranidel De Ocampo ever since he came on board TNT some six years ago.

It was, in a way, inevitable, since the 29-year-old plays the same position that the decorated forward — in the eyes of his peers and those who witnessed his exploits in the PBA and Gilas Pilipinas — revolutionized.

But along with that talk comes the pressure to live up to it. So Tropang Giga head coach Chot Reyes only had one reminder to Rosario.

“Show me who Troy Rosario is.”

And the burden he’s been carrying has lightened, perhaps, based on his performances thus far in the 2021 Honda Philippine Cup.

On Sunday, the National University product scored 10 of his 15 points in the fourth quarter to help the Tropa escape Phoenix Super LPG, 84-80.

After extending their unbeaten streak to three to firmly keep their position in the second spot of the team standings, Rosario is now averaging 14.0 points on 50-percent shooting from the field, alongside 10.7 rebounds.

Reyes, who’s celebrating his 58th birthday Sunday, couldn’t feel more satisfied with how his prized big man has been responding.

“I think that took a lot of weight off his shoulders. Sabi ko, “Maglaro ka lang.’ I don’t need you to be Ranidel, I need you to be Troy. I need the best Troy Rosario,” said the five-time Coach of the Year.

“And fortunately he’s responding so far, a couple of excellent games from him. ‘Yun lang ang sinabi ko sa kanya.”