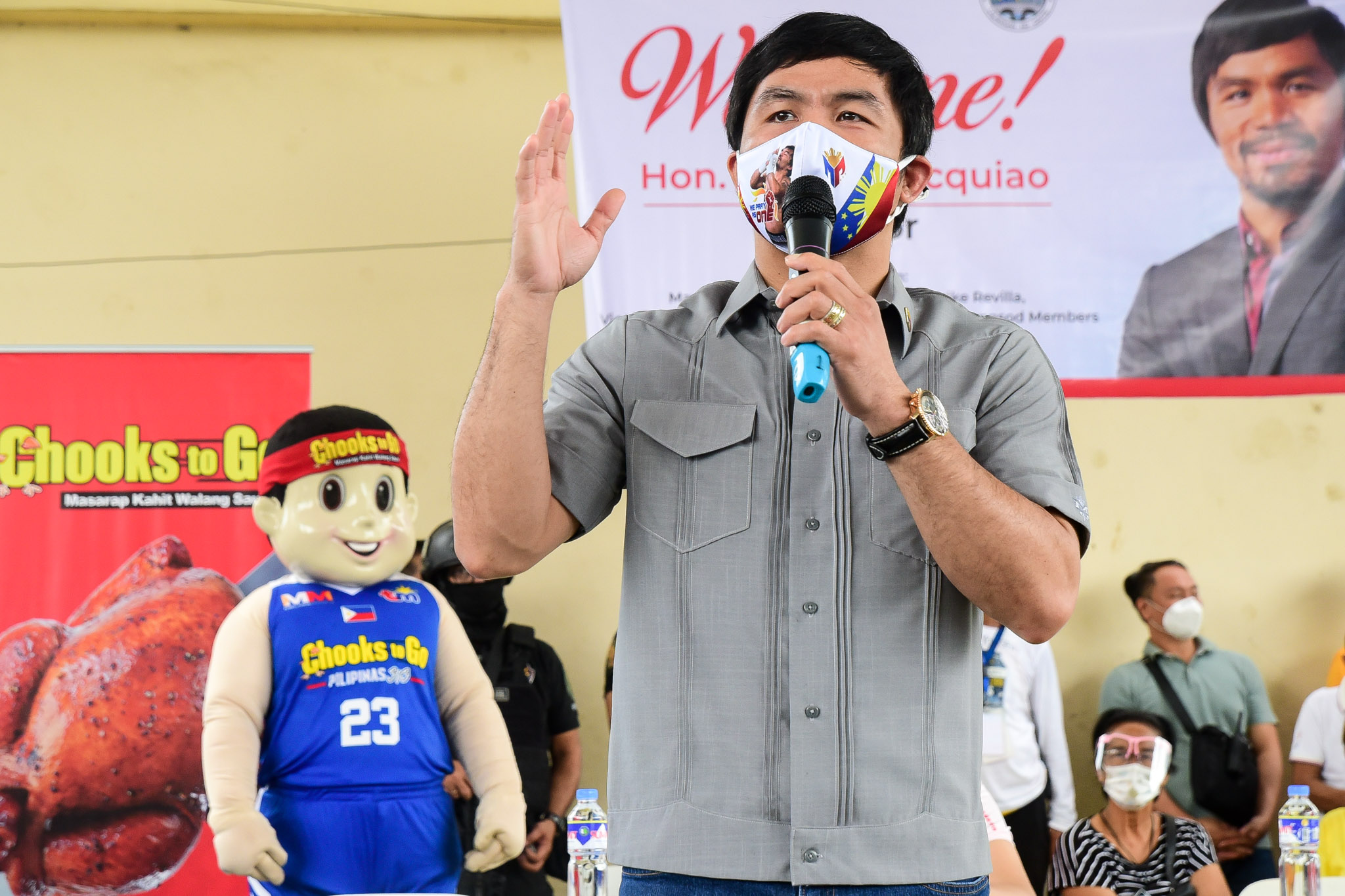 Chooks-to-Go helped out Senator and boxing icon Sen. Manny Pacquiao in helping lift the spirits of communities affected by disasters and the on-going COVID-19 pandemic, last Thursday and Friday.

Last Thursday, Chooks-to-Go distributed 2,200 packs of chicken to the residents of Barangays Boso Boso and Banyaga in Batangas who are still recovering from the onslaught of Typhoons Rolly, Quinta, and Ulysses.

For his part, boxing’s only eight-division world champion handed out packages that include medical kits, eight-kilos of rice, canned goods, and P1,000.00 cash aid.

The next day, Chooks-to-Go and Pacquiao were joined by Sen. Bong Revilla and Bacoor Mayor Lani Mercado in giving another 2,100 packs of chicken in Cavite.

The group went to Barangay Alimah first to help out the victims of a fire that ravaged the community back on November 1.

They then went to the affected communities of Dasmariñas, Cavite later on.

For Pacquiao, he hopes that this would inspire those who are able to give back this Christmas season.

He is also grateful to Chooks-to-Go and its president Ronald Mascariñas for always being there for the country.