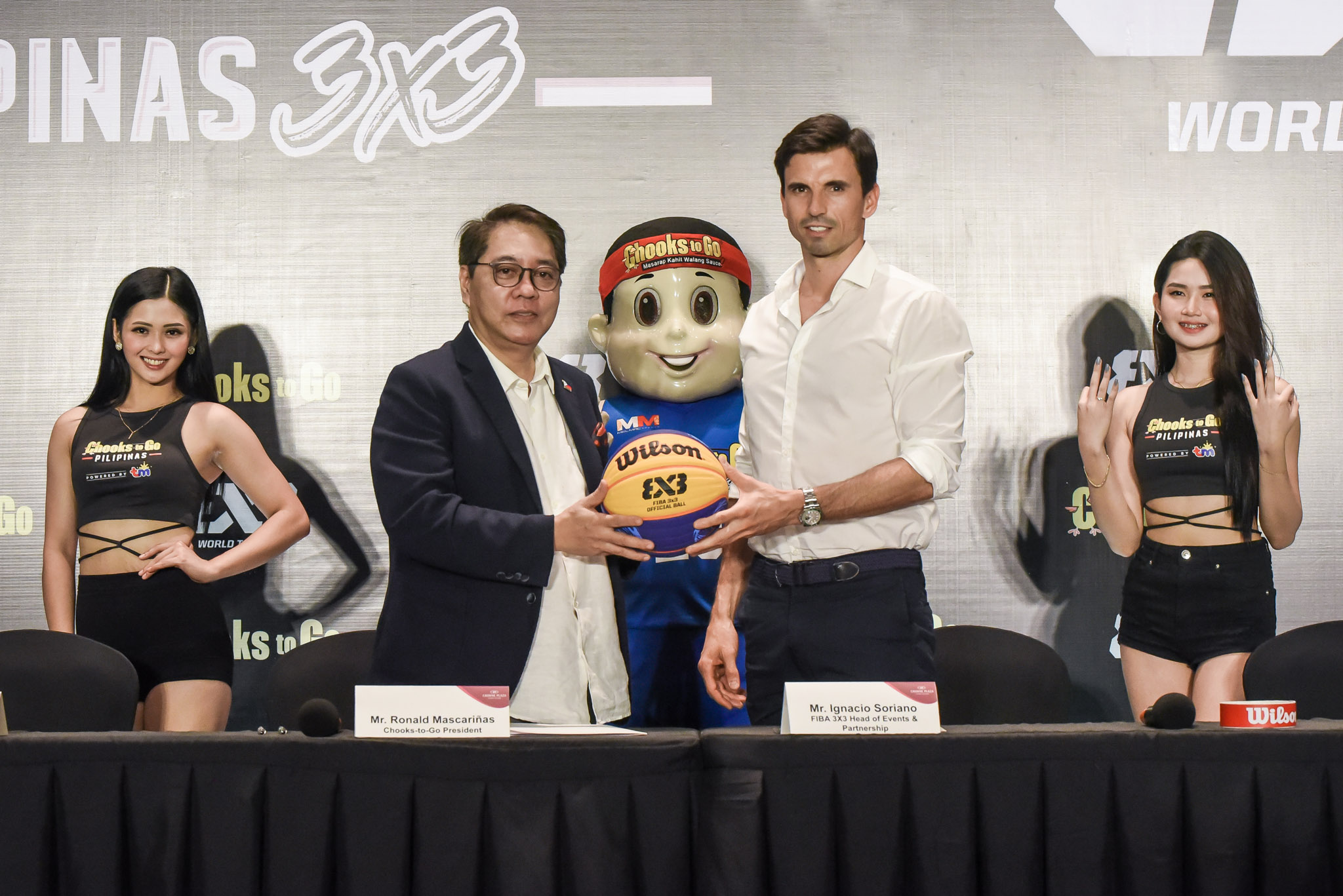 After being the Philippine representative in the FIBA 3×3 World Tour circuit over the past three years, Chooks-to-Go has taken its partnership with the global federation to a whole new level.

Chooks-to-Go has signed a five-year deal with FIBA 3×3 to be its global partner, Monday at Crowne Plaza Manila Galleria in Quezon City. 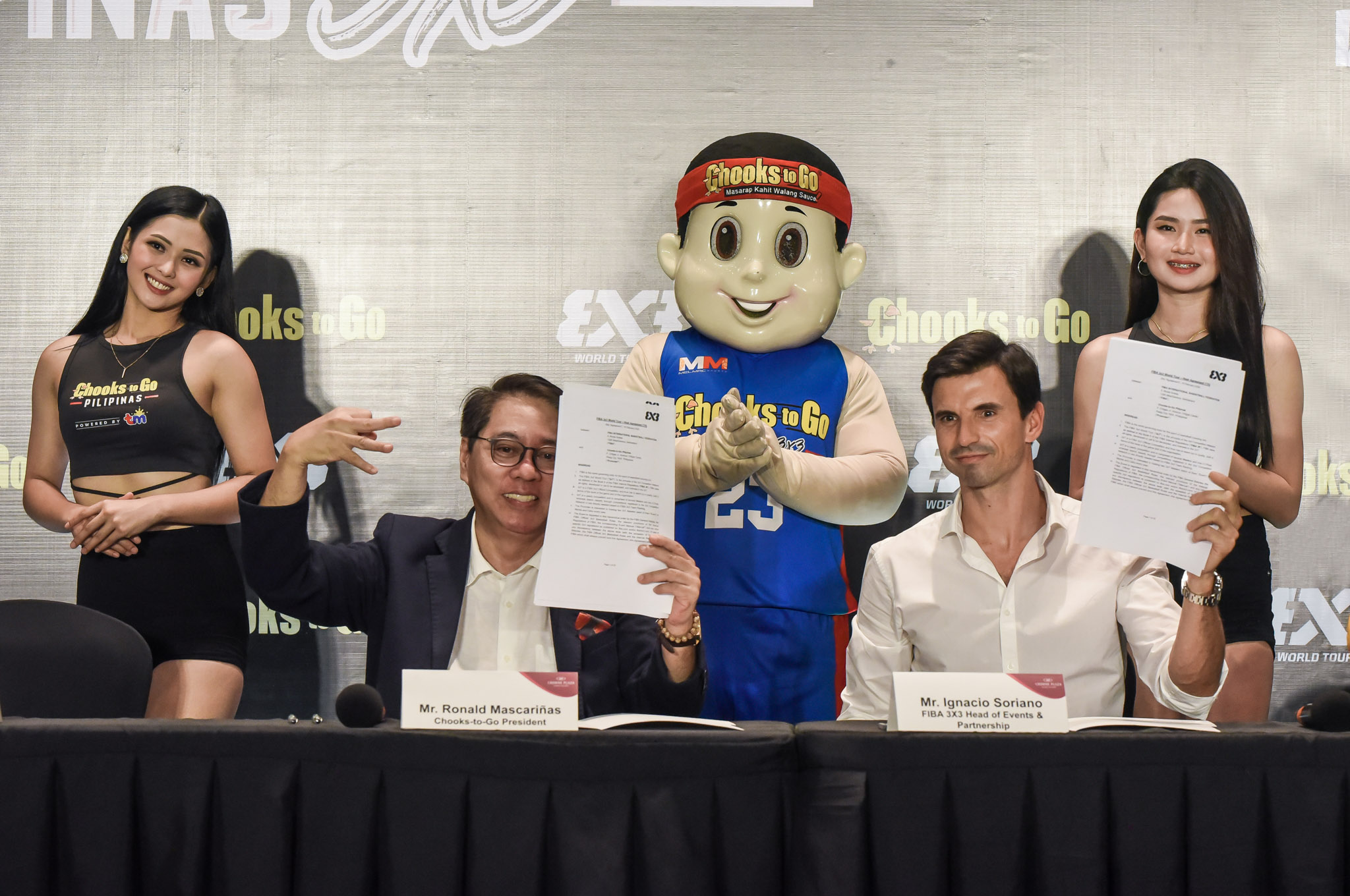 “We are truly honored to be given the privilege to be the global partner of FIBA 3×3. We will be their partner in their global activities, especially in Southeast Asia,” said Chooks-to-Go president Ronald Mascariñas.

“Since the very beginning, Chooks-to-Go was considered as very close friends. Now with the global partnership, you are considered as a brother,” said FIBA 3×3 head for events and partnerships Ignacio Soriano who flew in to Manila for the announcement of the global partnership. “Now, we are in the same family. We are extremely excited about this partnership. It’s not only about the events but also about the development of 3×3 basketball in the whole region and not just the Philippines.”

In this partnership, Chooks-to-Go Pilipinas 3×3, the country’s only professional 3×3 basketball league, will be in charge of organizing FIBA 3×3 events in the country and, as well as sending the Philippine representatives to the world circuit.

Besides those competitions, teams from Chooks-to-Go Pilipinas 3×3 will play in at least two more World Tour Masters stops, including the opener in Utsunomiya on May 14, and two Challenger tournaments.

“It has always been our dream to be in a position to support FIBA 3×3 with it being an Olympic sport,” said Mascariñas as hosting and joining tournaments in the FIBA 3×3 World Circuit gives the maximum possible federation points to the country.

In preparation for these, Chooks-to-Go will send its first team composed of Mac Tallo, Zachary Huang, Mike Nzeusseu, Brandon Ramirez, and Dennis Santos to Serbia for a training camp from April 1-15. 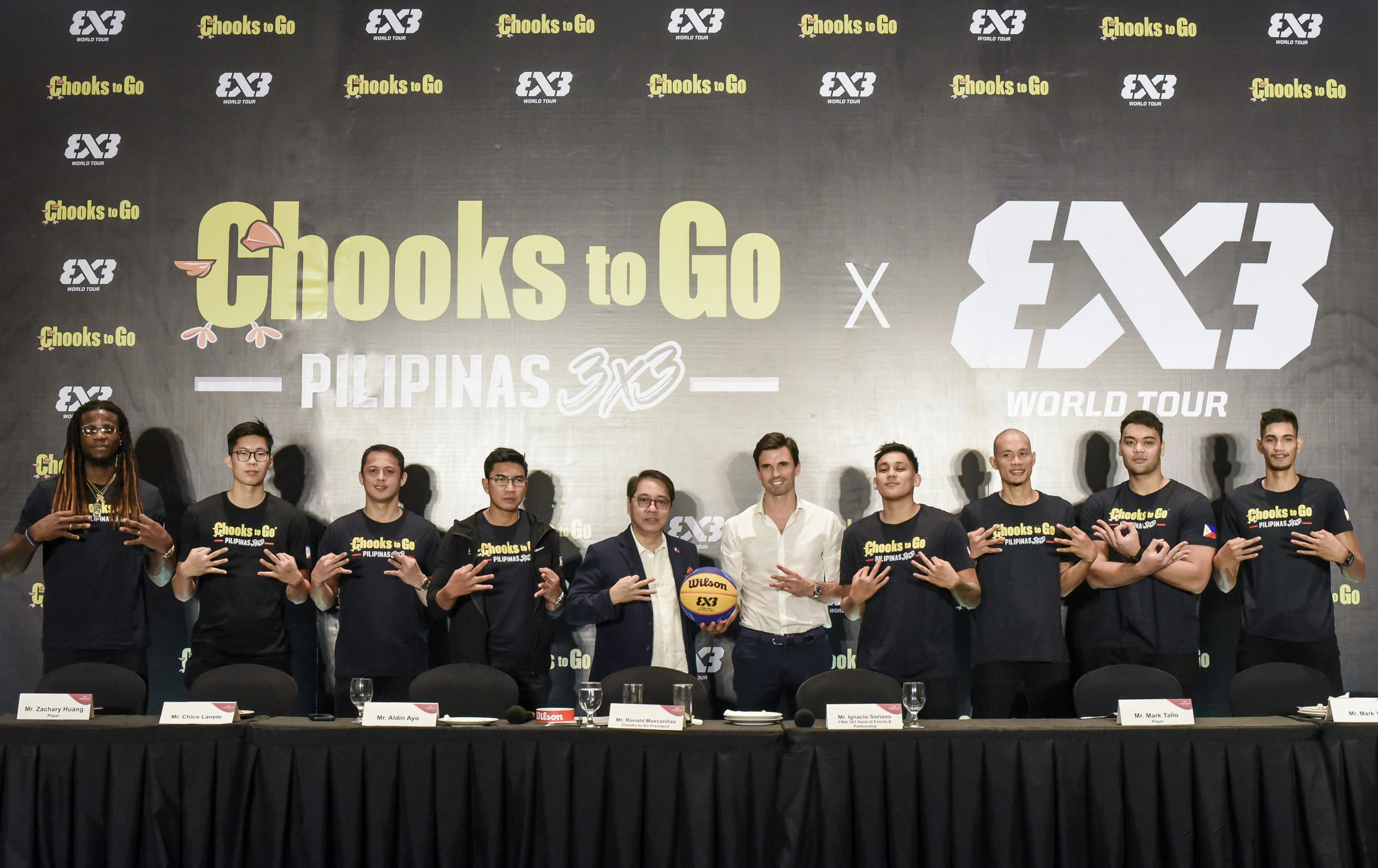 “Next month, we will be sending our 3×3 pool to Serbia for a two-week training. They will be exposed to the best 3×3 players, Serbia being the number one 3×3 team in the world,” said Mascariñas “We will be participating in all FIBA-sanctioned international tournaments where we will be invited or where we will qualify to participate. The more international tournaments we participate in, the easier it will be for us to pile up points.”

With the Paris Olympics just two years away, Soriano stressed the urgency to rack up points for the Philippines which currently ranks 31st in the world.

“I’m very excited to start a new project with Chooks—to—Go and Boss Ronald. We are here to prepare because we have a long season ahead including two World Tour Masters events here. Things need to start to get rolling and things need to go really fast,” said Soriano. 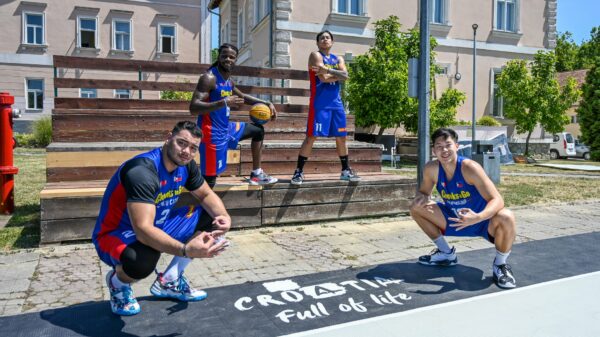 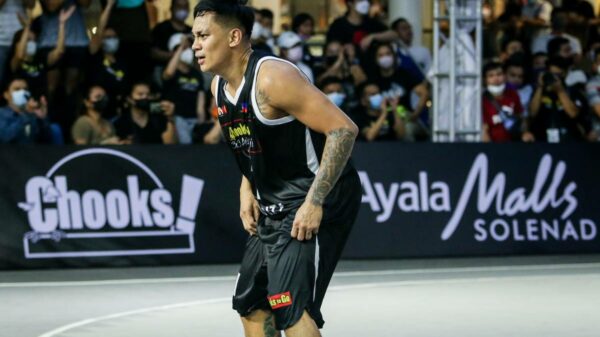