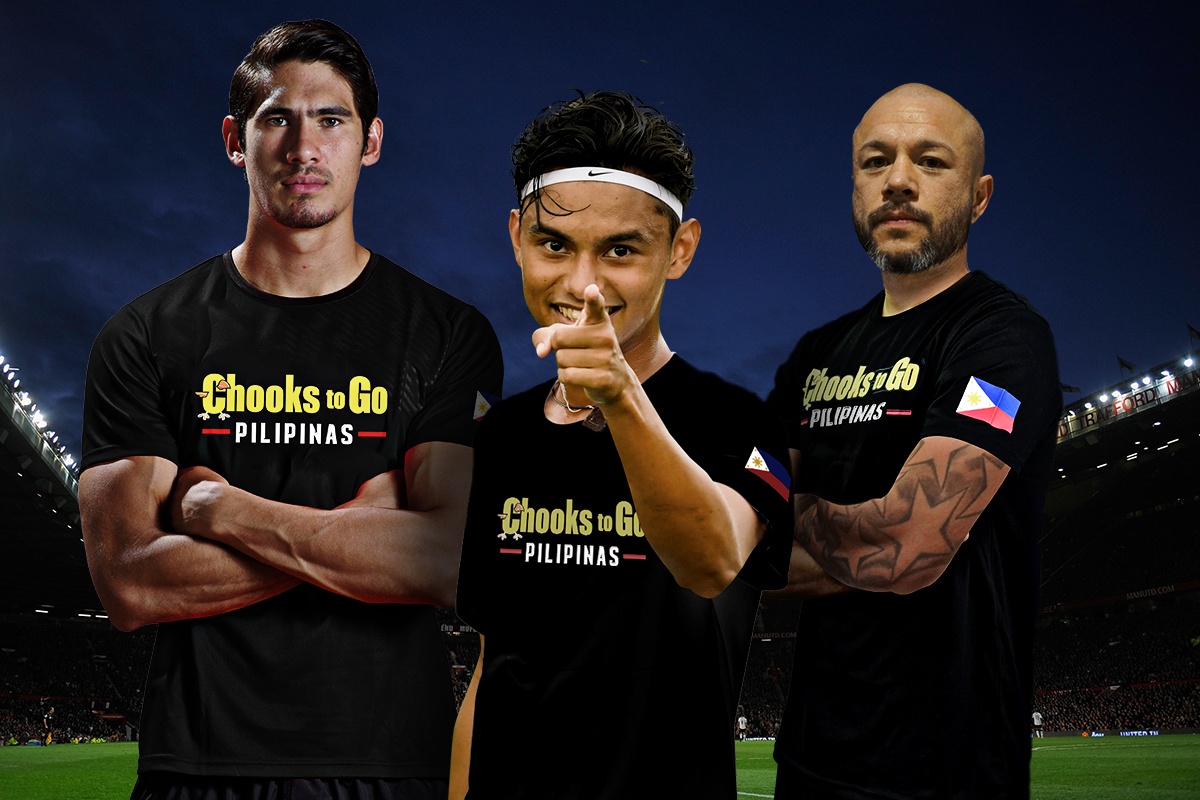 Chooks-to-Go will be supporting the Philippine Azkals in their campaign in the joint 2022 FIFA World Cup and the 2023 AFC Asian Cup Qualifiers set taking place from June 3-15, 2021 at the Suzhou Olympic Sports Centre in China.

It’s a reunion between the country’s top rotisserie chain and the national team. Chooks-to-Go, through its president Ronald Mascariñas, previously supported the team from 2016-18.

“Chooks-to-Go has been a staunch supporter of the Azkals since 2016. I’ve also experienced first-hand how generous of a sponsor Sir Ronald is. When the UP Men’s Basketball team was backed by the countries number one rotisserie, he took very good care of the team,” said Palami.

“We are hoping that me and Sir Ronald rekindle the magic we had a few years ago, as it always leads to something positive,” he continued.

“It’s really an honor to have them back. Mayroon talagang puso para sa ‘Pinas ang Chooks-to-Go. We are proud to be a Manok ng Bayan.”

For Mascariñas, he is hoping that the Azkals rise above the challenges it has faced heading to the Qualifiers.

“We have heard about the challenges that have been stacked in front of the Azkals. But knowing the Philippine Football Federation, Dan, and Scott (Cooper), they know how to handle these things,” said Mascariñas.

“We want the Azkals to fully focus on the task at hand.”

The Philippines currently sits in third place in Group A of the joint Qualifiers with seven points on the table.

#ReadMore  Yorme Isko on Manila Chooks: 'You're bringing honor to us'

Syria is in pole position with 15 points, then China with seven. Maldives is in fourth place while Guam remains pointless.

The Azkals are currently in Doha for a training camp and will head to China on the 31st.

The Philippines takes on Guam on June 3, China on June 9, and Maldives on June 15.