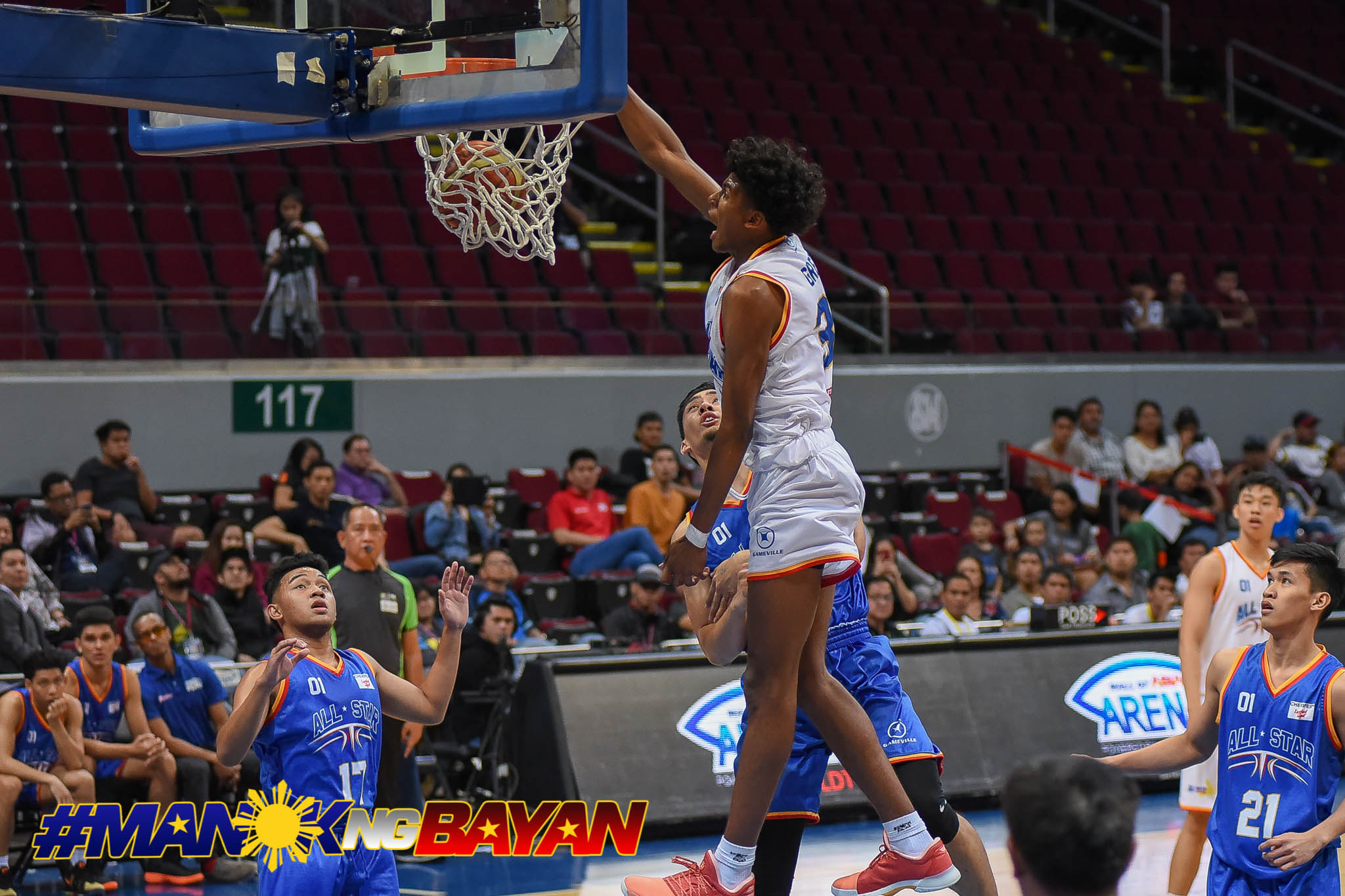 The path to the national championship is now set as all 32 teams have been placed in their respective slots for the 2019 Chooks-to-Go SM NBTC League National Finals.

Champions and runner-ups from the UAAP, NCAA, NBTC Cebu, and MMBL are already placed from seeds 1 to 8 for the national high school championship sponsored by Chooks-to-Go, Darlington-Exped Socks, EPSON, Huawei, Freego, Purefoods, Gatorade, Go for Gold, SM, and Molten.

That leaves the international teams, wildcards, and other regional champions fighting for positioning, with NBTC program director Eric Altamirano conducting the lottery for spots in the Seeding Round.

Seeding round matchups are as follows: Italy Europe Proudly Pinoy and Hope Christian HS (9 vs 16); FEU-Diliman and Durham Crossover Canada (10 vs 15); Top Flight Hoops Vancouver and Camp David New Zealand (11 vs 14); and Filam Sports USA vs Auspinoy Australia (12 and 13).

Also set to collide in the seeding round are Narvacan National HS and Isabela Colleges Cauayan (25 vs 32); Sta. Clarita International School Iloilo and Zamboanga del Sur National HS (26 vs 31); University of Baguio and Dolores National HS Eastern Samar (27 vs 30); and Holy Trinity College General Santos and LPU-Cavite (28 vs 29).

­­Seeding round winners will claim the higher-seed heading to Round 1, with the loser occupying the lower rank as these 16 teams raise the curtain on Monday.

The tournament semis and finals, alongside the annual All-Star Game, will be aired live on ESPN5. All games, from the seeding round to the championship round, will also be streamed live over at tv5.espn.com.