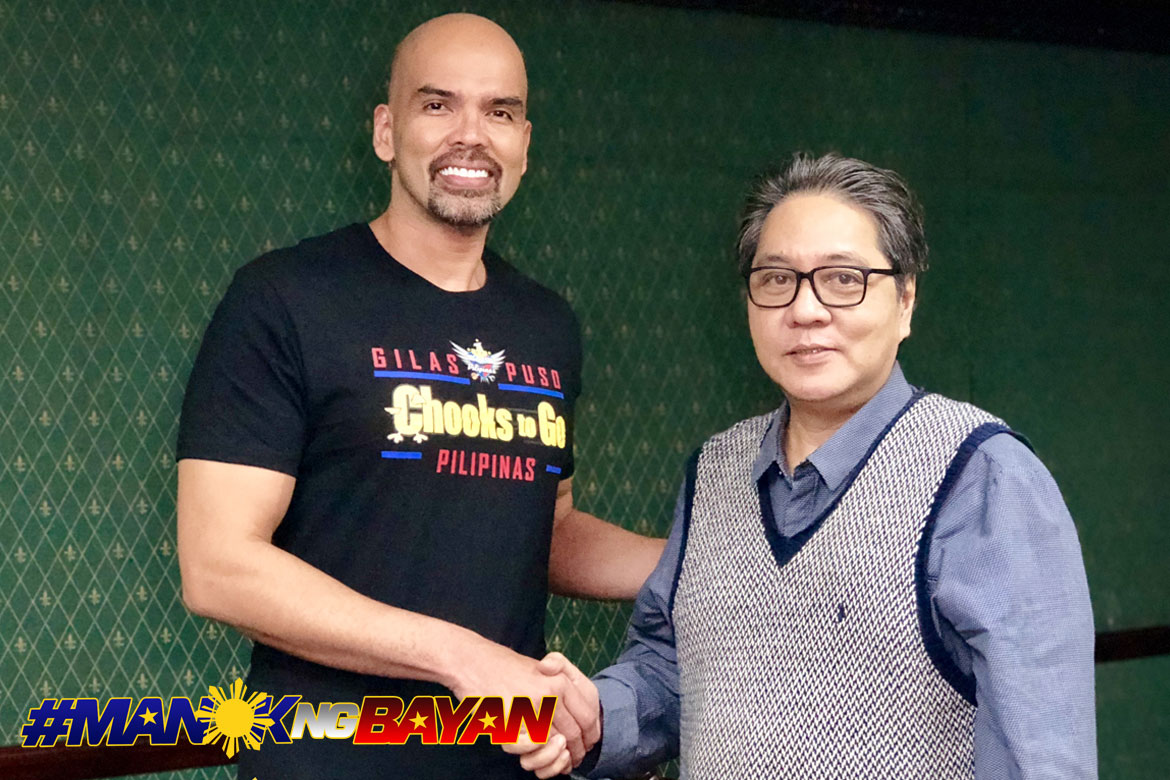 There was a surprise in store for PBA legend Benjie Paras when he visited Bounty Agro Venture Incorporated’s office in Ortigas, Tuesday afternoon.

Paras was invited by BAVI President Ronald Mascariñas to his office for a meeting regarding his son Kobe Paras. Unbeknownst by him, the founder of Chooks-to-Go had a different agenda in mind.

Led by Mascariñas, the staff of Bounty presented the former national team star with a Chooks-to-Go branch of his choosing for his service to the country.

BAVI does not make franchising of Chooks-to-Go public, only acceding to individuals that have served the company.

Back in 1990, a 21-year-old Paras was part of the National Team that won silver during the 1990 Asian Games in Beijing, China. When he retired in 2003, he helped out during the early years of Gilas Pilipinas as a big man coach.

His unwavering support for the national team did not go unnoticed by Mascariñas, who is an avid basketball fan.

“I’ve always been fascinated by the 1990 national team. Majority of that team were college students,” recalled the Gilas patron. “Yet, yung youth nila became their strength.

“Years later, yung pagmamahal ni Benjie for the country never wavered. Yung mga legends like him should never be forgotten,” he added.

A humbled Paras shared that he and his teammates back then had to juggle their responsibilities to the national team and their mother teams. And he is hoping that the next generation of national team stalwarts could do the same for flag and country.