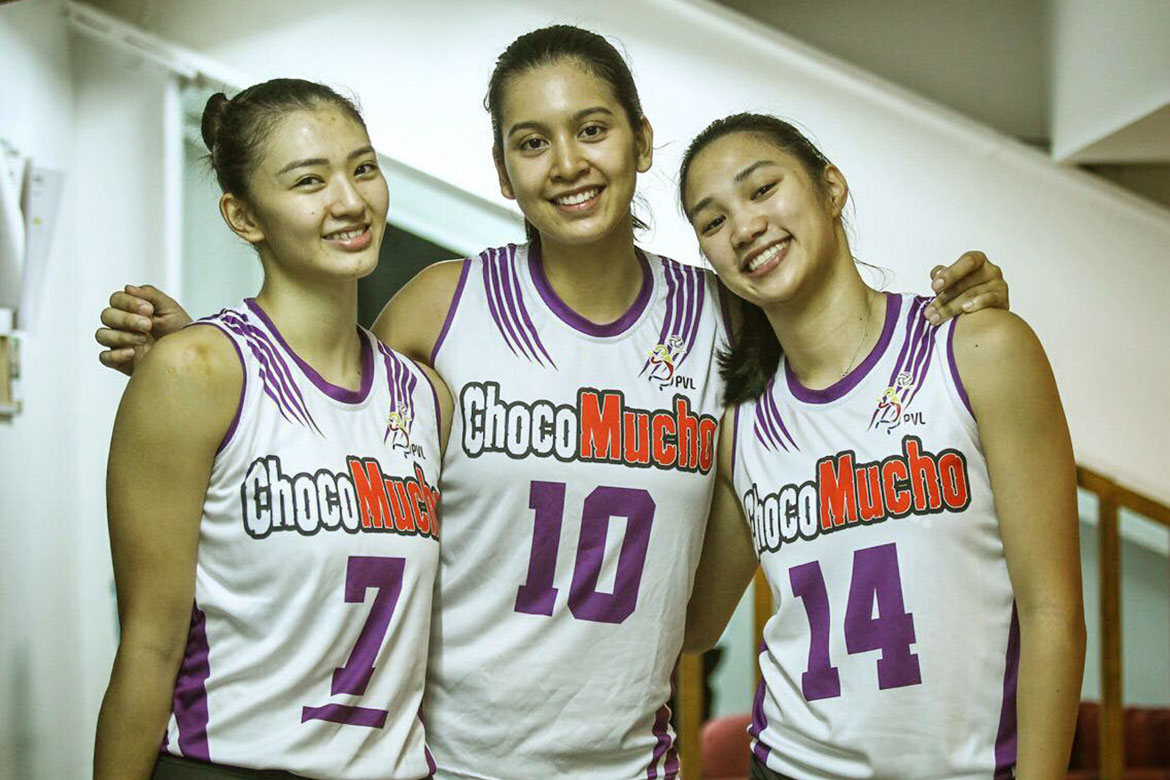 When the Flying Titans soared out of reach with an insurmountable lead in the match against Bali Pure, head coach Oliver Almadro shuffled his rotation.

And for the first time in a long while, the troika of Kat Tolentino, Maddie Madayag, and Bea De Leon shared the same court.

It marked the first time the three former Ateneo Lady Eagles played alongside each other since their championship moment against the UST Golden Tigresses in the UAAP Season 81 Women’s Volleyball tournament.

As usual, Tolentino was the offensive juggernaut. Coming off a conference-high 36 points in a win over Chef’s Classics last Saturday, she dealt damage with her airborne attacks to finish with 14 points.

The 6-foot-3 winger also flaunted her defensive wares, collecting 10 excellent digs in a winning cause.

Madayag, on the other hand, made a spirited return from her tour of national duty in the ASEAN Grand Prix. She hammered down all of but one of her 11 points coming from attacks.

Meanwhile, De Leon — who served as a service specialist in her Choco Mucho debut against Chef’s Classics — was clearly shaking off rust. Still, the UAAP Season 81 Finals MVP made her presence felt down the stretch, delivering the match-clinching blow for a two-point outing.

It might have been a short moment for the Ateneo trio, but it was a welcome development for the resurgent Choco Mucho.

“I’m so excited and we still have so much more to show.”

For De Leon, she relished her on-court reunion with her collegiate teammates, expressing her excitement to finally go to war with her sisters-in-arms anew.

“Ako siguro yung nahiwalay for the longest ’cause I hadn’t been in the court. But yeah, I was really excited. Nakaka-miss din maglaro kasi it’s hard to be in the sidelines,” she admitted.

“I’m excited to be on the court a hundred-percent to really be with them again. That’s why we’re all here — para magkakasama pa rin kami.”