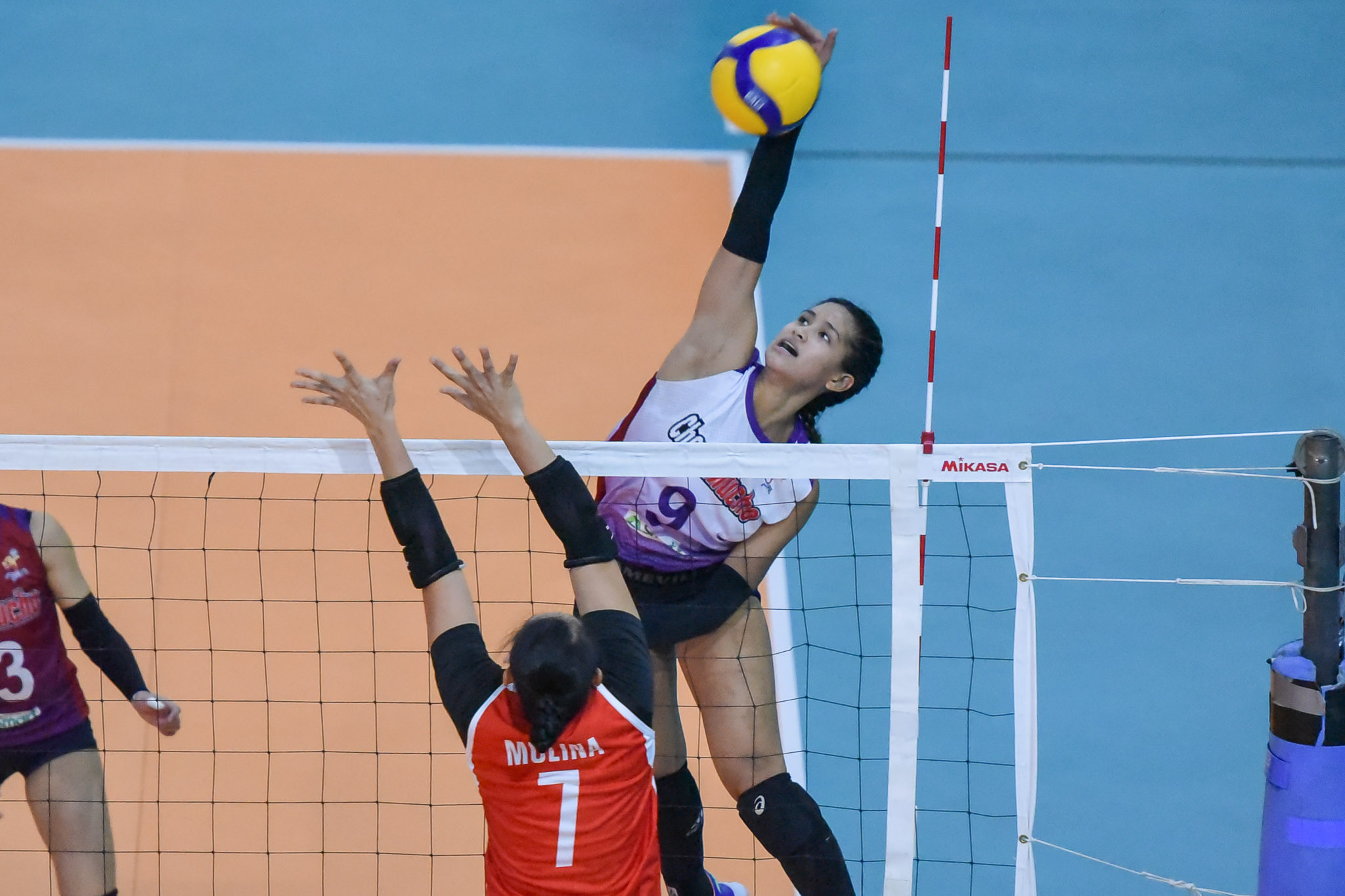 BACARRA, ILOCOS NORTE — Choco Mucho fended off Petro Gazz in four sets, 25-20, 23-25, 25-21, 25-23, to stay in the running for the second seed in the Premier Volleyball League Open Conference here at the PCV Socio-Civic and Cultural Center, Friday.

The Flying Titans upped their standing to 7-1 while also relegating the 6-3 Angels down the fourth spot.

Choco Mucho got its much-needed separation after Regine Arocha and Deanna Wong scored consecutively for the 23-30 advantage in the fourth set.

But Ivy Perez, Jessey De Leon, and Remy Palma fired three-straight to tie the game at 23-all.

A service error from De Leon put the Flying Titans at match-point. Then another error from Perez ended the match at 25-23.

Maddie Madayag finished with 14 points off six blocks, while Ponggay Gaston also had 14 in the win.

Kat Tolentino tallied 13 points and 20 excellent digs. Arocha played her best game so far, but suffered from cramps near the finale. Still, she had 13, while Bea De Leon added 10.

After exchanging the first and second sets, the Flying Titans surged in the third set. Then they staged a come-from-behind coup in the fourth set to end the match.

Grethcel Soltones, who received a yellow card early in the fourth, and Ria Meneses led the Angels with 14 points each. Soltones also had 37 excellent receptions.

The fourth-ranked Petro Gazz will go up against the league-leading Creamline in the semis.