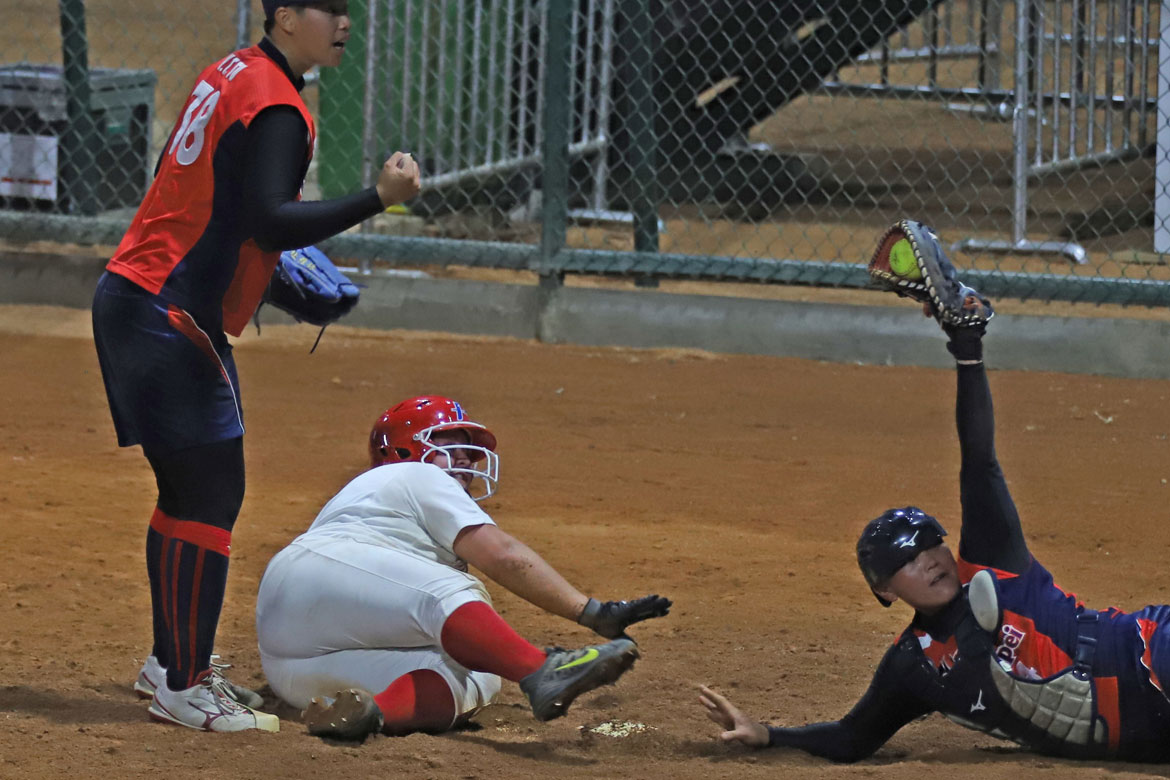 Just like in the 2018 World Softball Championship 15 days ago, the Taiwanese batters were able to find an answer against the Filipinas.

A walk-off run coming off an error dealt the RP Blu Girls a heartbreaking 2-3 defeat at the hands of Chinese-Taipei, Wednesday evening at the GBK Softball field in Jakarta, Indonesia.

A win would have handed the Philippine Women’s Softball team an outright podium finish.

However, it all came crashing down in the seventh inning.

With the game knotted at 2-all in the final frame, the bases were loaded with two outs. Arianne Vallestero connected, but her hit landed squarely on Chinese-Taipei’s right fielder’s glove.

After a Taiwanese batter got on base, she was replaced by pinch runner Lin Pei-chun – who was able to get to third base with one out. A collision by first baseman Angelie Ursabia and second baseman Chelsea Suitos coming off a Lai Meng-ting single paved the way for the walk-off run to hand the Filipinas another heartbreak.

Chinese-Taipei was up 1-0 entering the fourth inning before Hailey Decker connected on a two-run home run to give the Blu Girls the lead.

The Taiwanese were able to get one back at the bottom end of the fourth inning, courtesy of a solo home run by Li Szu-shih.

The Blu Girls had a huge chance to break the tie during the sixth inning. With the bases loaded, Decker went for broke after a wild pitch but was caught at home for the third out.

All in all, a total of eight Filipinas were left on base.

With the loss, the Blu Girls’ route to the podium became tougher.

The Philippines, Chinese-Taipei, and China all hold identical 4-2 slates. However, China holds the tiebreaker against the two squads, giving them the second seed and an automatic podium finish.

The Philippines and Chinese-Taipei, on the other hand, will have to duke it out on Thursday, August 23, with the winner earning the right to face the loser of the China-Japan game.

Still, a gold or silver is still possible for as long as the Blu Girls win their next two playoff games.