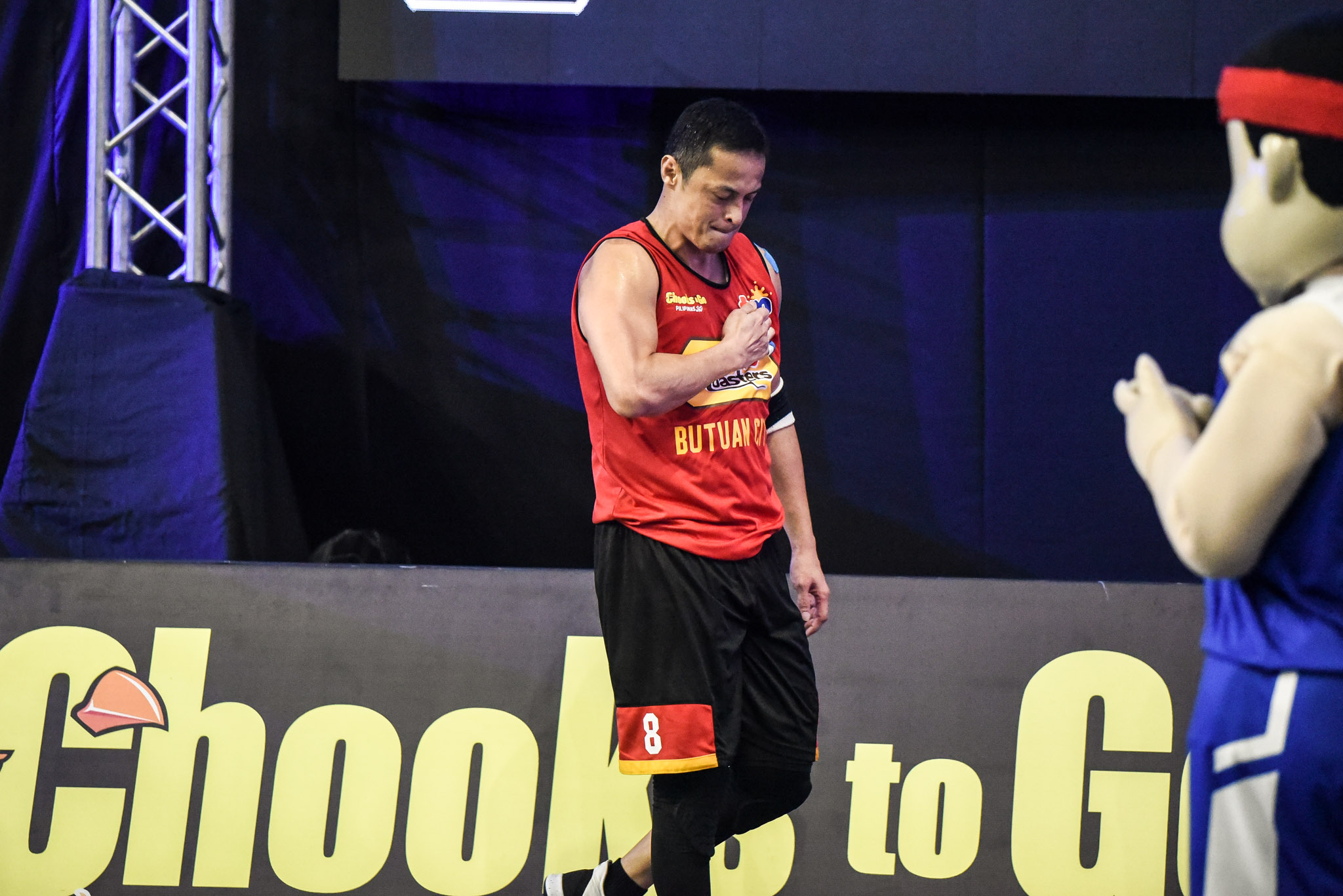 CALAMBA, LAGUNA — Chico Lanete came up big for Uling Roasters-Butuan City as it avoided the massive meltdown and escape with a tight 21-20 (8:57) decision over Palayan City Capitals to make it to the Leg 4 Finals of the 2020 Chooks-to-Go Pilipinas 3×3 President’s Cup powered by TM.

The 41-year-old guard drove baseline and received a perfect pass from Chris de Chavez with 1:03 left and book a return trip to the championship game Tuesday at Inspire Sports Academy here.

Butuan looked poised to the easy win, going on a 9-0 surge before a pesky Palayan City squad rallied behind Renz Palma to slowly crawl their way back in the semifinals of this tournament that is sanctioned by the Games and Amusements Board and endorsed by FIBA 3X3.

The Capitals briefly took the 17-16 lead off of a JP Sarao deuce which set up the frantic finish.

Lanete drilled a long bomb to put his side up, 20-17, but Clark Derige canned three freebies to tie the game at 20 as both teams refused to give in late, and only ending in the perfect link-up between Lanete and de Chavez.

JR Alabanza added five points, while de Chavez and Karl Dehesa had four points apiece, guaranteeing Butuan a P100,000 incentive for setting up a rematch of the Leg 1 Finals.

Palma, Sarao, and Derige all had five points in the valiant showing from Palayan City.

Joshua Munzon was blazing hot, unloading 14 points to shoot his side back in the Finals.

The top-ranked 3×3 player in the country was just hot off the gates, kickstarting the 7-3 start before slowly pulling away, 16-9.

Pamboy Raymundo tried to will Sarangani back, cutting the deficit to just six, 16-10.

That was until Munzon came sealed the game shut with a pair of freebies with 1:35 to spare.

Zamboanga City returns to the Finals after its shock quarterfinal exit in Leg 3.