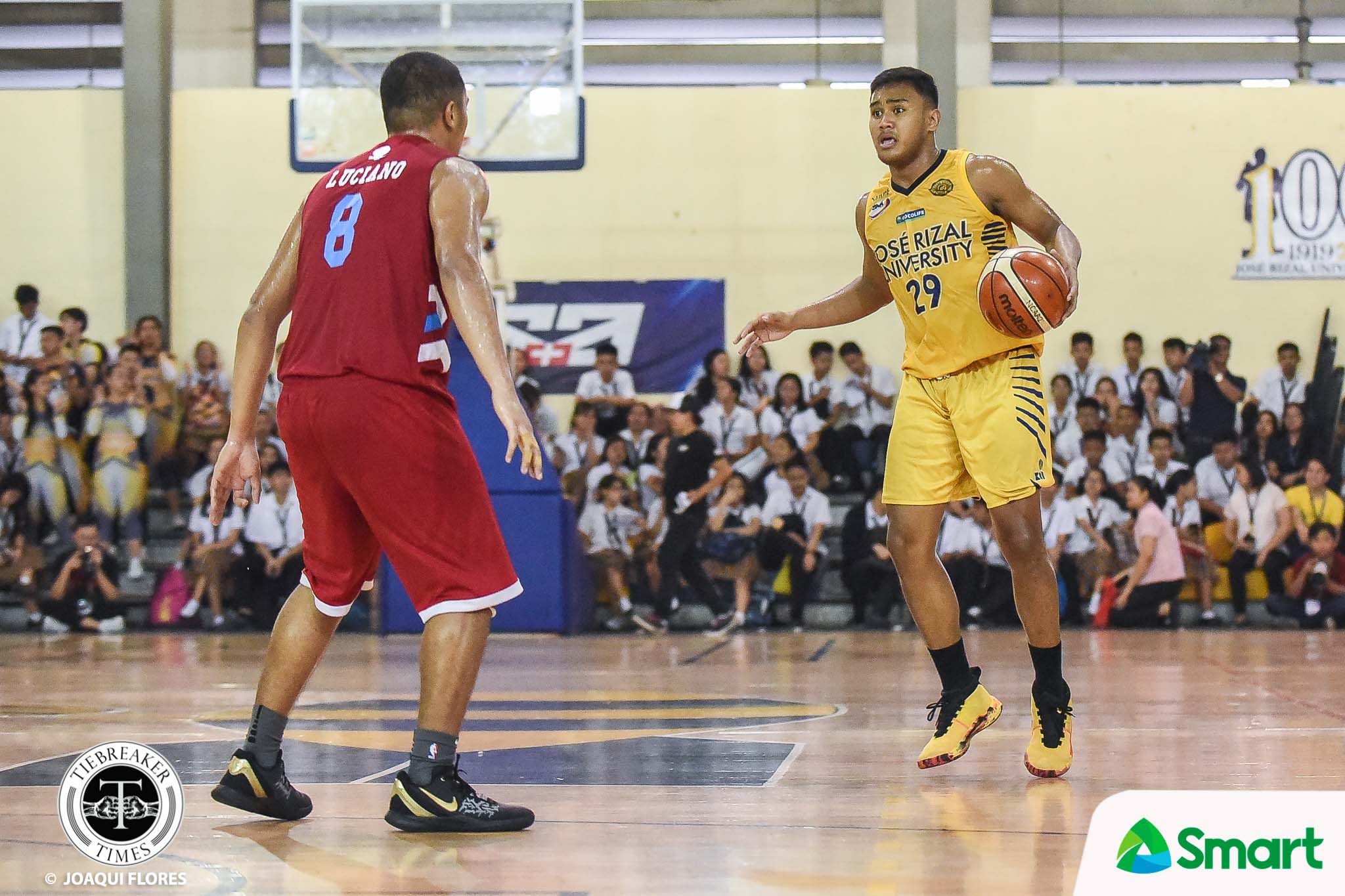 JRU were riding high in the first half leading by as much as 16 points, even limiting their guests to a field goal-less first quarter.

But the Heavy Bombers then saw themselves trail by as much as seven points before Chester Jungco, Thomas Vasquez, and Hommer Macatangay fired on all fronts. The trio powered a 16-2 spurt for a 54-47 lead with 4:11 remaining.

“Ang pinaghandaan namin, it’s a game of streaks,” said Gonzalez, who did not have Agem Miranda for the game due to a one-game suspension he incurred last Friday during their game against Lyceum.

Marwin Taywan and JP Maguliano tried to muster a rally, but they could not turn the momentum in their favor.

Jungco had 12 points and eight rebounds, while Vasquez and Macatangay combined for 10 points.

The JRU duo of John Amores and JL Delos Santos also delivered with the former scoring a game-high 16 points while the latter tallying 10 points and 10 rebounds to lift JRU to a 3-4 slate.

EAC, who fell to 1-5, had Taywan lead the way with 14 points. The backcourt duo of Jethro Mendoza and CJ Cadua added 11 markers each. Meanwhile, Maguliano was limited to just nine points on 1-of-8 shooting, but still grabbed 17 boards.

READ  PVL will push through amid AVC Women's Tourney

JRU play their penultimate game of the round on August 9 against the CSB Blazers. On the other hand, EAC look to end their four-game skid against the San Sebastian Stags on the same day.