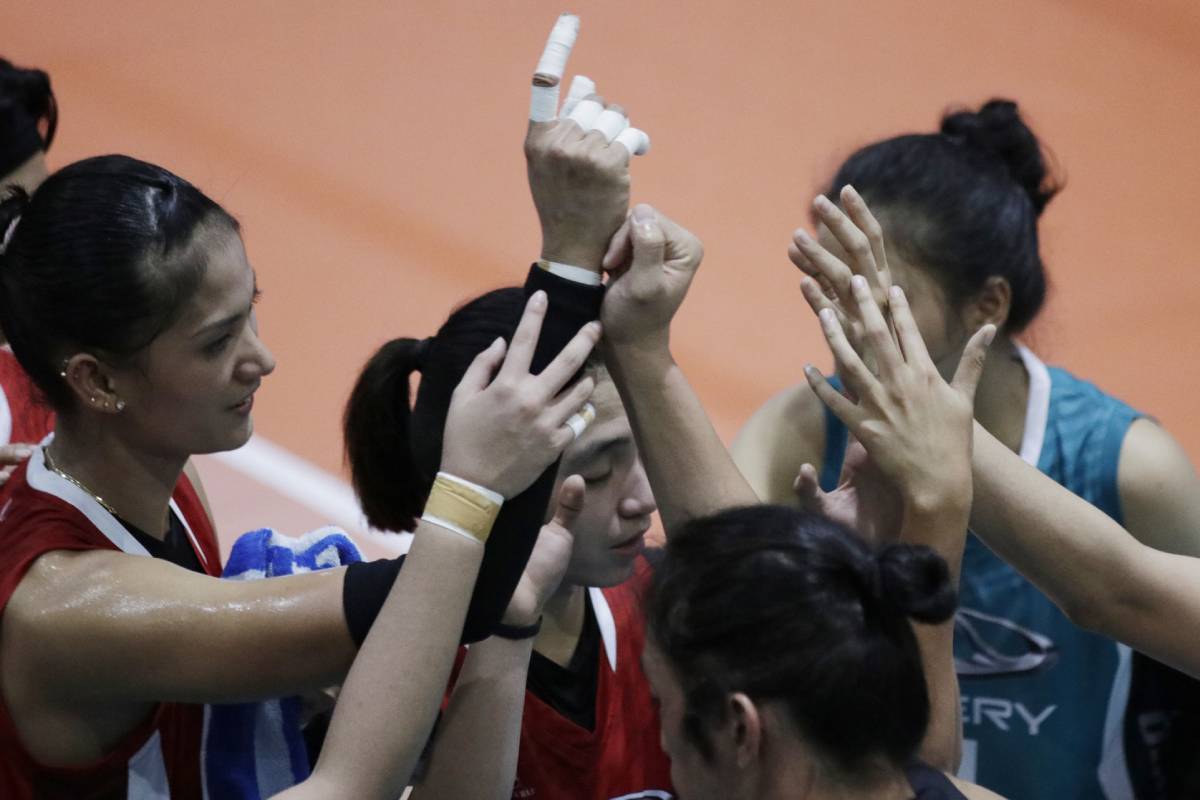 The Crossovers bounced back from a five-set, heartbreaking loss to the Petro Gazz Angels yesterday.

Casiey Dongallo converted a powerful hit to give CPS a 23-22 advantage in the third set.

The PVL champions then fended off the late run from the young CPS side with Dindin Santiago-Manabat, Joy Dacoron, and Mylene Paat scoring three consecutive points to bag the game.

Paat scored 17 points and Santiago-Manabat, who dropped a tournament-best 37 points in Chery Tiggo’s five-set loss to Petro Gazz on Sunday night, played sparingly and finished with seven points and 10 receptions.

Joy Dacoron also scored seven points for the Crossovers, who remained in third place with a 2-1 won-lost card.

CPS, which failed to sustain its leads in the second and third sets, dropped to a fighting 0-3.

Praises continue to pour on the young CPS side.

“They are very admirable. Very disciplined. You can see already their determination and it’s going to be a bright future for them,” Velez said.

Chery Tiggo will take on Baguio on Wednesday at 4:00 PM while CPS will look for its first win also against Baguio on Tuesday at 1:30 PM.