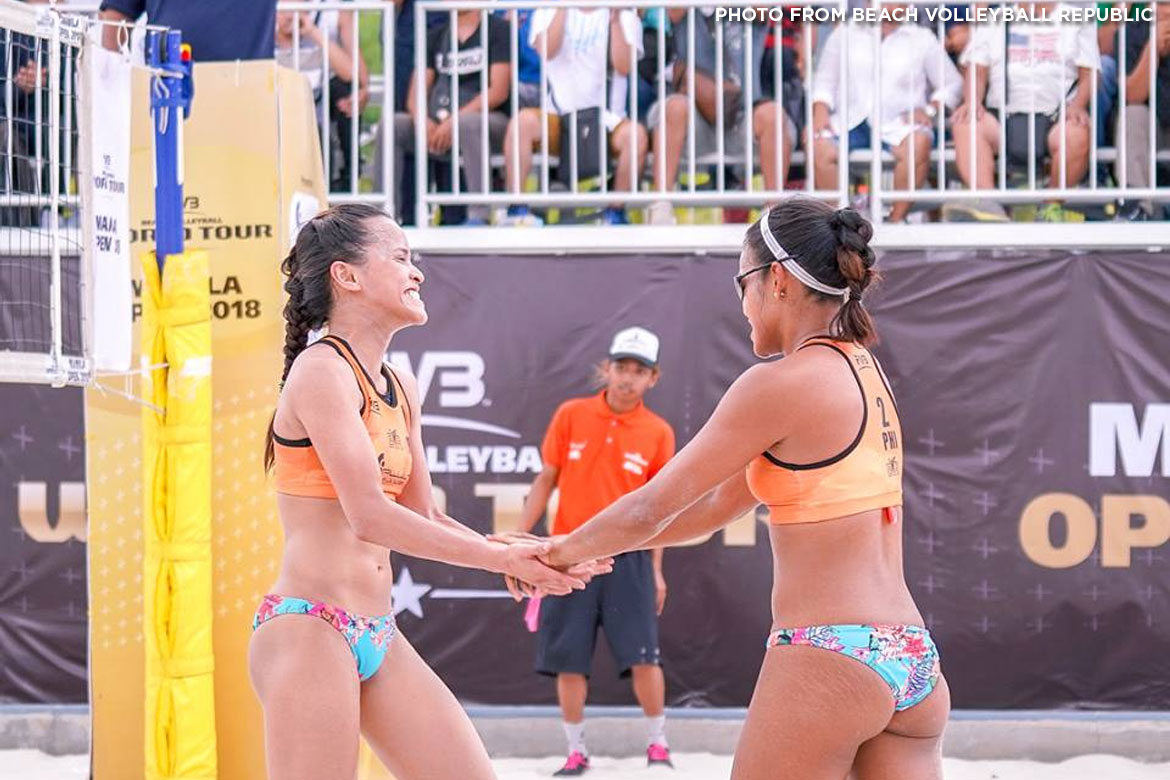 In her first post-UAAP career outing, UAAP Season 81 Beach and Indoor Volleyball MVP Cherry Rondina is set to team up with Bernadeth Pons once again, to banner Team Pilipinas in the 2019 FIVB Beach Volleyball Boracay Open.

The tournament begins on Thursday at the White House Beach Station 1.

Besides the Rondina-Pons duo, the distaff’s division in this four-day tourney will also have Dij Rodriguez and Bea Tan, Jackie Estoquia and DM Demontaño, and Fiola Ceballos and Patty Orendain in the main draw.

A fifth pair – Babylove Barbon and Gen Eslapor – will go through the qualifiers.

“We are looking to see how we will fare against the international teams,” said Tan, who paired with Charo Soriano in last year’s Manila Open. “We are very excited about that.”

Beach Volleyball Republic organized this tourney, which will feature 20 women’s and 28 men’s teams from 17 countries led by traditional powerhouse Japan.

“We’re really expecting a heavy challenge from Japan since they are extensively preparing for the Olympics,” said Soriano, the BVR co-founder, who is also this year’s tournament director.

During the Manila Open, the pair of Rondina and Gervacio finished as the top Philippine team, falling in the quarterfinals.

Aside from the Beach World Tour, the BVR will also take part of the beach cleanup drive in Boracay, along with a Sandroots beach volleyball workshop with the players teaching the youths about the sport.

“We’re bringing our Sandroots program with us to teach children from the Ati tribes to learn beach volleyball with us and the players right before the medal matches,” said Soriano.