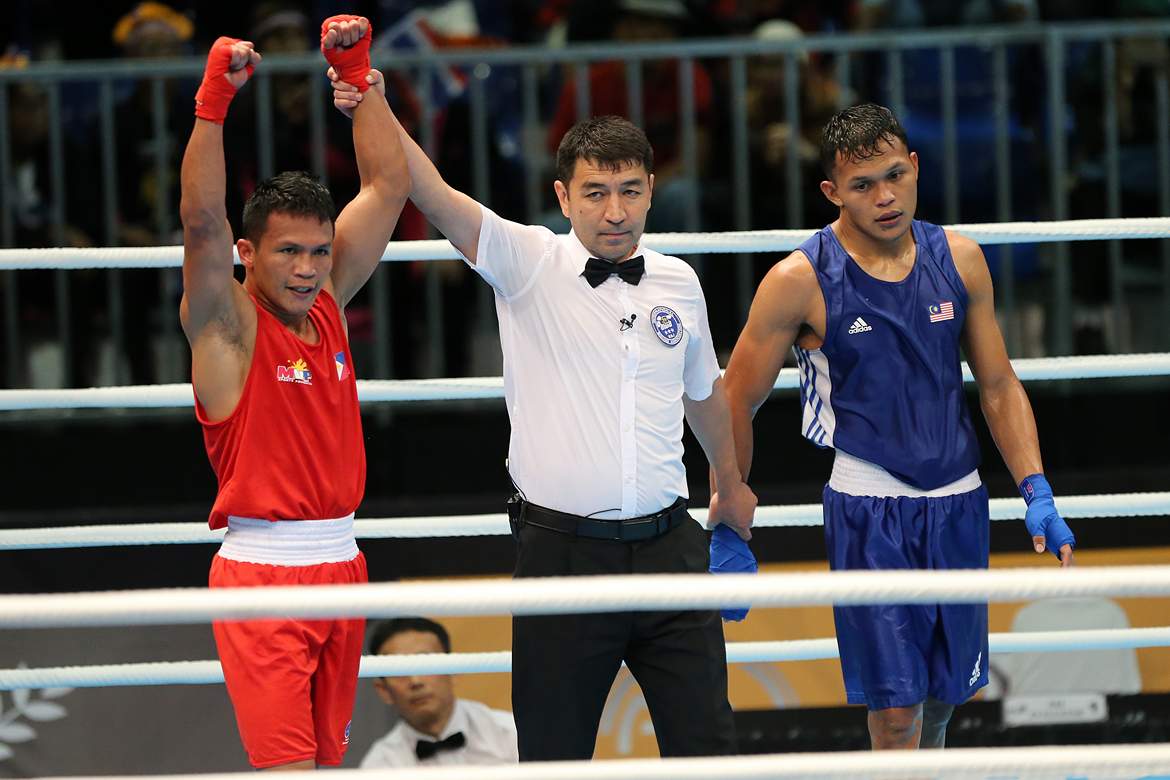 Mario Fernandez and Charly Suarez avenged the setback of Carlo Paalam, as they posted big victories in the men’s boxing competition of the 29th Southeast Asian Games at the MITEC Hall 8 in Kuala Lumpur, Malaysia.

Fernandez, who is hunting for his third SEA Games gold medal, cruised to the semifinals with a unanimous decision win over Tran Phu Cuong of Vietnam in the bantamweight class.

On the same note, the resurgent Suarez dominated Khir Akyazlan Azmi of Malaysia with a unanimous decision win in the light welterweight class.

Suarez, who is seeking his first SEA Games gold medal in a higher weight class, dominated the burly Malaysian in the first round with hard body punches, before landing with a big cross on a three-punch combination in the third that forced the referee to make a standing eight count.

Earlier, Fernandez had used his usual hard-hitting technique to slow down Cuong and move two matches away from bagging his third consecutive gold.