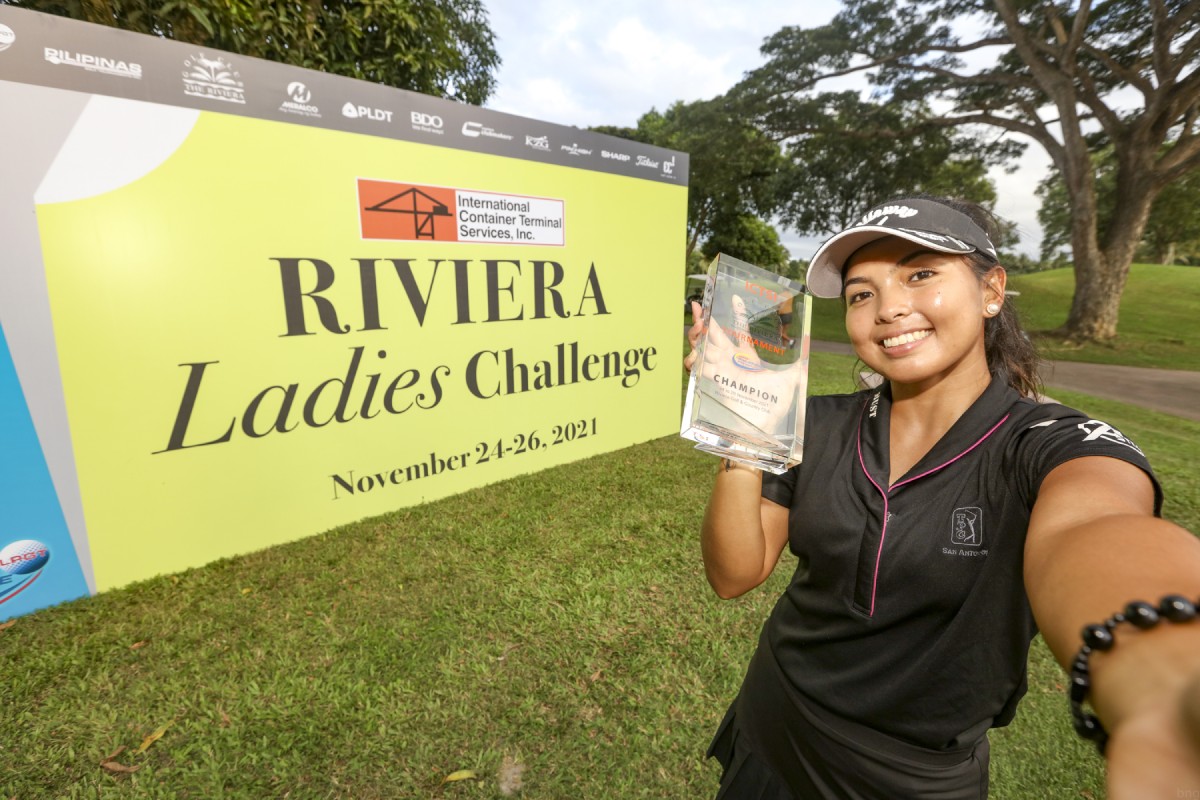 SILANG, Cavite—Chanelle Avaricio, twice denied of a top podium finish on the Ladies Philippine Golf Tour, broke through in style, capturing the ICTSI Riviera Ladies Challenge crown via a whopping seven-stroke romp over Harmie Constantino and Chihiro Ikeda on a closing 69 here, Friday.

Bracing for another tough drive to LPGT glory against a player who has racked up two victories in her rookie season, Avaricio wiped out Constantino’s two-stroke lead after 36 holes with a birdie-eagle feat on Nos. 3 and 7, respectively, then cruised to the lopsided victory at four-under 212 despite a two-birdie, two-bogey game the rest of the way.

For Constantino and amateur Mafy Singson failed to mount any challenge with the former surrendering the lead despite an even-par game after six holes and bowing out of the title race with three straight bogeys from No. 7. She yielded three more strokes in a birdie-less 78.

Twice winner of the Eagle Ridge-Aoki legs this year, Constantino still finished second at 219 despite that closing six-over card with Ikeda matching that output after fighting back from three early bogeys with birdies on Nos. 8 and 14 for a 73.

“Still in shock but I felt happy that I finally won,” said Avaricio, who lost to absentee Princess Superal twice at Sherwood and Eagle Ridge-Norman last July.

The Alabama State U product finished fourth at Aoki and struggled to sixth place at Highlands but got back into the thick of things with a 70 Thursday that put her within two strokes off Constantino.

“This victory exceeded all my expectations and I want to thank ICTSI for sponsoring our circuit,” said Avaricio, who banged in a birdie putt from long range on No. 3 then pulled off two solid shots on the par-5 seventh and drained in the eagle putt from a pin-high distance.

Constantino and Ikeda each received P63,750.

Singson, who contended for the pro crown in the last two stops of the Pilipinas Golf Tournaments, Inc.-organized circuit at Aoki and Highlands, pressed her bid with a birdie on No. 5. But like the rest of the pursuers, succumbed to tough conditions and the tricky surface of the Couples course, reeling with four bogeys against another birdie for 74 and a 220 for joint fourth with Sunshine Baraquiel, whose two-birdie feat after seven holes sparked some hopes for the recent Highlands leg winner to wage a comeback.

But the lady pilot sputtered with three bogeys against one more birdie as she settled for a second straight 72 and took P54,000.

After romping off with the low amateur honors in the last two tournaments, Singson stared at losing her shot at a third straight as Laurea Duque moved to joint second with an even-par card after 13 holes. She still led Singson by one despite a bogey on the 16th but failed to score a follow-up on her Aoki feat last March with a closing double-bogey.

Duque wound up with a 75 and ended up instead at sixth with 221, enabling Singson to nail another trophy in the circuit put up by ICTSI.

“I could’ve finished better but it was okay,” said Singson, who rued her bout with a balky putter majority of the way. “I hit most of the greens but the greens are really tricky and were able to make just two birdies.”

Marvi Monsalve battled back with a 73 to finish seventh at 225 while Daniella Uy hardly recovered from a disastrous second round 79 with a 75 to place eighth at 227 followed by Korean rookie pro Jane Jeong, who limped with an 82 for a 231, and Florence Bisera, who also skied with an 80 for a 232.

Meanwhile, the compact field heads to the adjacent Langer course for the ICTSI Riviera Ladies Championship on Dec. 1-3 with the tour winding up its third restart on Dec. 14-16 for the ICTSI Midlands Ladies Classic. 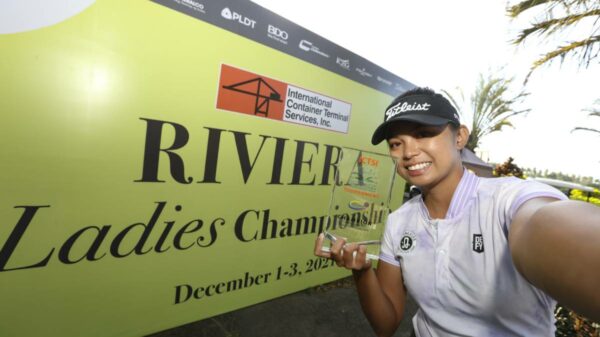 SILANG, Cavite—Daniella Uy, who had toiled for a great deal of time just to even earn a crack at a first Ladies Philippine Golf... 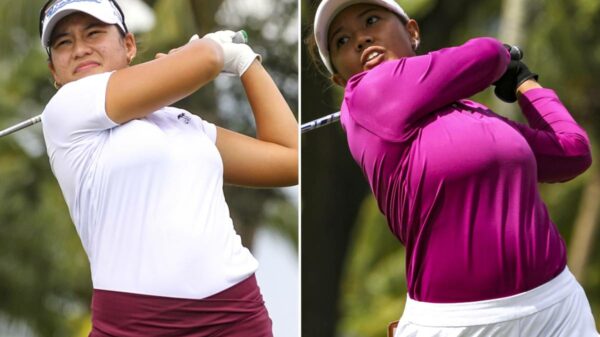 SILANG, Cavite – Amateur Mafy Singson blew an early three-under card on a backside foldup but holed out with a birdie to salvage a... 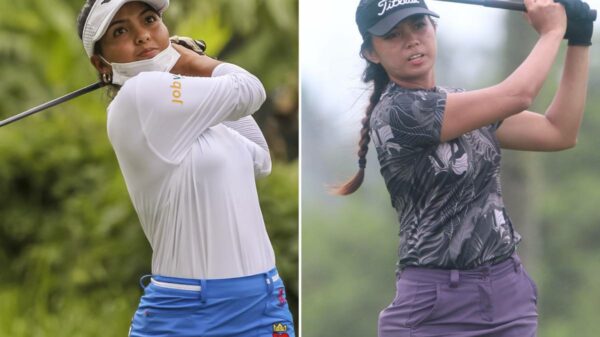 Two talented players still in pursuit of a breakthrough on the Ladies Philippines Golf Tour seek to finally hit paydirt as Chanelle Avaricio and... 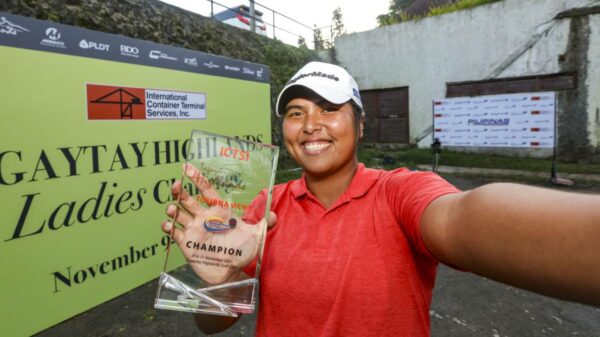 TAGAYTAY – Sunshine Baraquiel soared to her first pro victory the hard way, pulling through in the ICTSI Tagaytay Highlands Ladies Challenge by three... 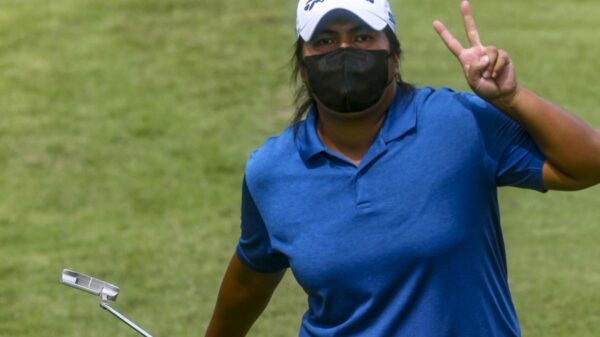 Baraquiel shines on late assault, leads by 2 in ICTSI Highlands

TAGAYTAY – Sunshine Baraquiel, whose wobbly windup cost her the first day honors Tuesday, sizzled at the finish this time, birdying two of the... 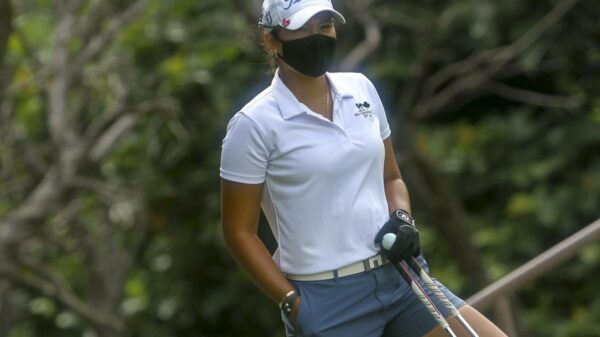 TAGAYTAY – Mafy Singson sparkled in fog and wind, grabbing the lead in the ICTSI Tagaytay Highlands Ladies Challenge despite a six-over 76 in...