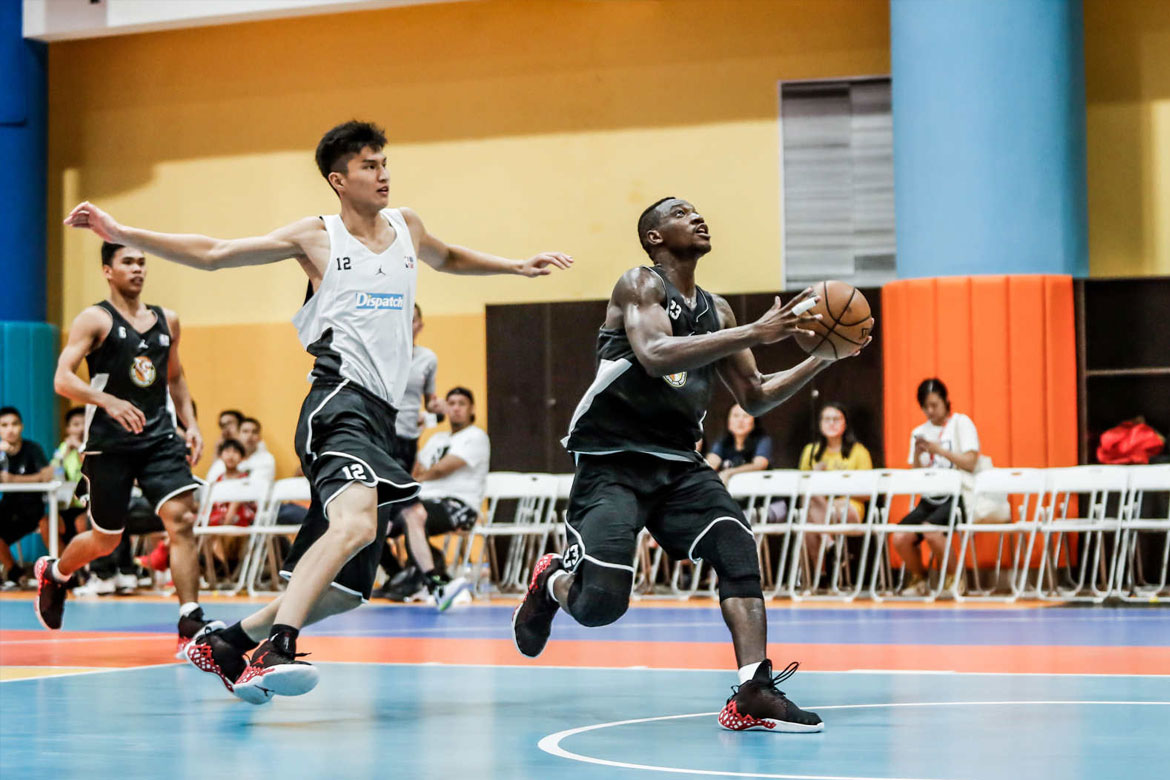 Just like in their first game in the 2019 NBA 5v5 Grand Finals, the University of Santo Tomas Growling Tigers needed a late surge.

This time around, the Growling Tigers relied on big man Soulemane Chabi Yo and veteran guard Renzo Subido to pick up an 84-74 win over Dispatch to advance to the finals, Sunday afternoon in Shanghai, China.

Chabi Yo was unstoppable in the game, finishing with 21 points on 9-of-12 shooting to go along with 12 rebounds, three steals, and two blocks.

The former Colegio de San Lorenzo standout scored a big bucket with 4:13 left to break a 71-all deadlock and spark a 13-3 run to close out the game.

Besides Chabi Yo, Subido and Brent Paraiso also played huge parts in the rally.

The duo of Mark Nonoy and CJ Cansino had strong starts in the game as well. The former scored 14 points while the latter added 13 points, four rebounds, three assists, and two steals.