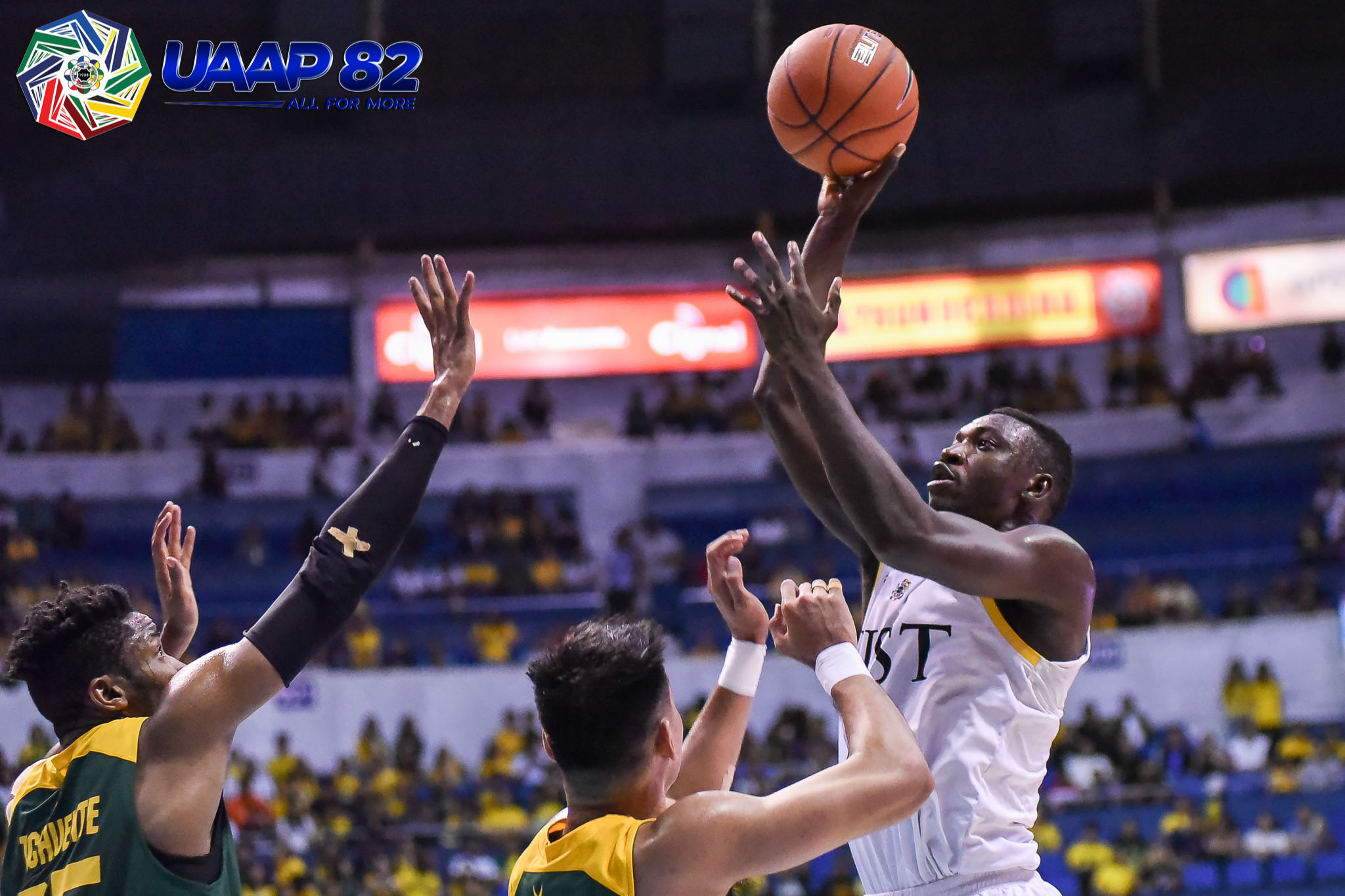 Soulemane Chabi Yo showed why he is the Season MVP, pouring in a career-best 25 points, 11 rebounds, and three assists to steer the Growling Tigers to the next phase.

Brent Paraiso added 18 points on a blazing 5-of-9 shooting from deep, while also grabbing five boards. But his most crucial buckets were the freebies he buried with 17.0 seconds on the clock. There, he iced the game for UST to set the date against two-seed University of the Philippines on Sunday.

The Growling Tigers were on fire to open the game. They collectively shot 6-of-12 from deep as they opened the game on a 15-4 start.

But that only triggered the Tamaraws to rally, getting to within five, 70-65 with 6:37 on the clock.

With FEU knocking on UST’s doors, Renzo Subido and Chabi Yo hit crucial buckets in the endgame. The senior sniper then buried the crucial three to give the España side the 78-65 with 1:28 left.

Ken Tuffin’s triple cut the lead down to 10, but offense fell flat for the Tamaraws late. Paraiso then iced the game for good for the Growling Tigers.

Subido wound up with 14 points, as he shot 4-of-12 from threes. UST as a collective shot 31-percent from deep.

Eboña saw the end of his collegiate career early after incurring a pair of unsportsmanlike fouls, hitting the showers at the 1:19 mark of the second frame. He got nine points and seven rebounds in the defeat.

The Growling Tigers now head to Sunday’s game against no. 2 University of the Philippines, still at the same venue. The Fighting Maroons will enjoy a twice-to-beat advantage in the duel.