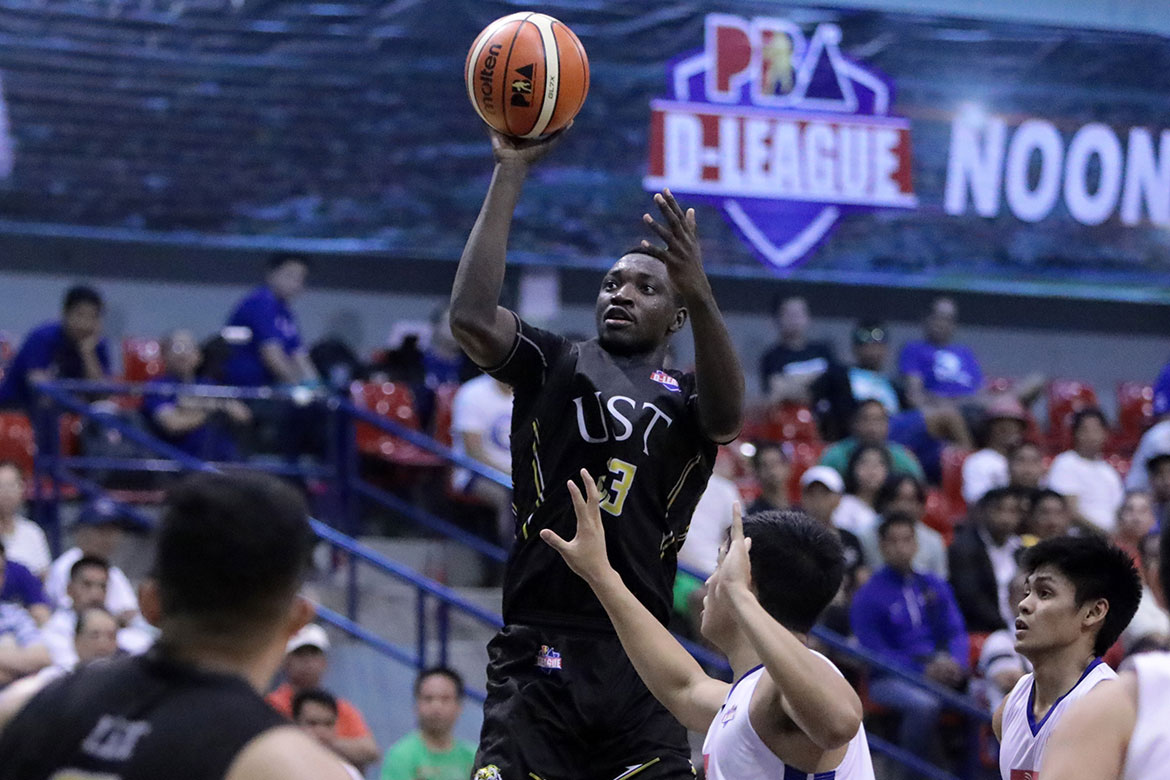 University of Santo Tomas clobbered McDavid, 111-90, for its fifth win in the 2019 PBA D-League, Monday at JCSGO Gym in Cubao.

Soulemane Chabi Yo captained for the Growling Tigers with his 25 points, 15 rebounds, and five assists, leading the killer first half that allowed his side to grab a 59-41 lead at the half.

The Beninese forward’s hot start set the tone for the rout, allowing Ironcon-UST to control the boards, 58 to 37. It freed up their shooters, as the team buried 16 treys in the blowout.

Marvin Lee contributed 17 points on a scorching 5-of-7 clip from rainbow country. Meanwhile, Rhenz Abando and Brent Paraiso got 13 and 12, respectively.

The easy win allowed coach Aldin Ayo to continue experimenting with the Growling Tigers’ system, one which he feels still needs a lot of fine-tuning.

“Kulang na kulang pa. Hilaw pa,” he said. “We know it will take some time for the players to adapt to it, pero right now, what we’re thinking is how to establish our system.”

Still, the win allowed Ironcon-UST to ascend to a 5-1 win-loss card in the Aspirants Group, and booted McDavid at 1-6.