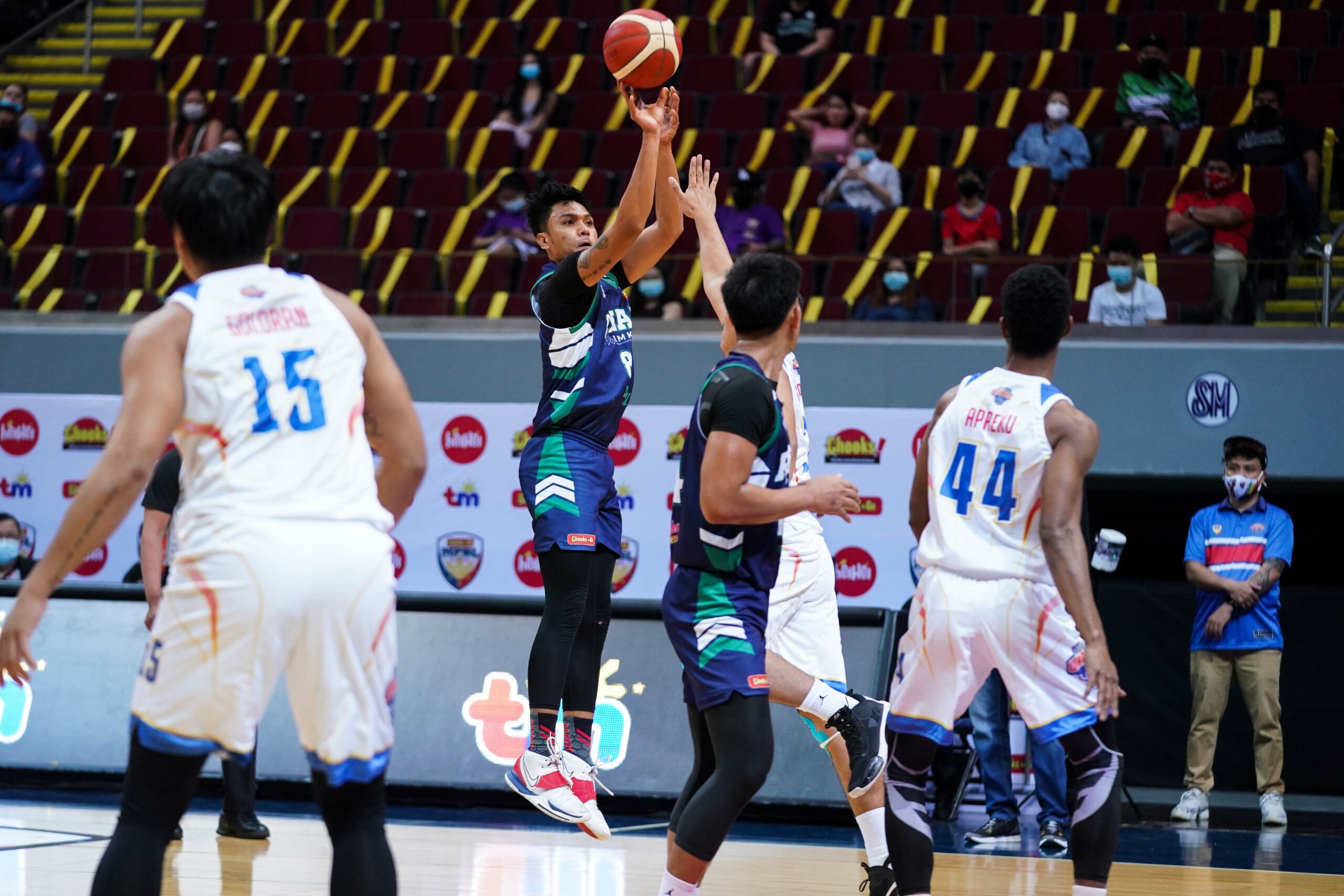 EMKAI–Rizal Xentromall leaned on its defense all game long, taking a 73-66 wire-to-wire win over GenSan in Pool D of the 2021 Chooks-to-Go Maharlika Pilipinas Basketball League Invitational Cup powered by TM, Sunday at the SM Mall of Asia Arena.

Given just two weeks to prepare for the 13-day tournament that has P2-million going to the champion, Golden Coolers head coach Rodney Santos focused on defense to prep the team for the marathon.

The Golden Coolers did not let up on the defensive end, forcing the Warriors to shoot just 32.8-percent from the field.

But GenSan was able to get back in the final frame. Down by as much as 16 points, 39-55, late in the third quarter, Ronjay Buenafe and Felix Apreku sparked a 16-2 rally to cut the lead down to just two with 6:41 left.

Andrian Celada and Jansen Rios though were able to weather the rally, scoring seven points each to close out the Warriors.

Celada had 23 points on 8-of-14 shooting from the field, 4-of-9 from distance, with seven rebounds, three steals, and two blocks. Rios added 16 points on 7-of-11 shooting and nine rebounds.

With the win, Rizal joins Imus on top of Pool D while GenSan and Bulacan sit at the bottom. The Manila Stars will make their debut on Monday against Rizal while Mindoro-EOG Sports faces Bulacan on Tuesday.