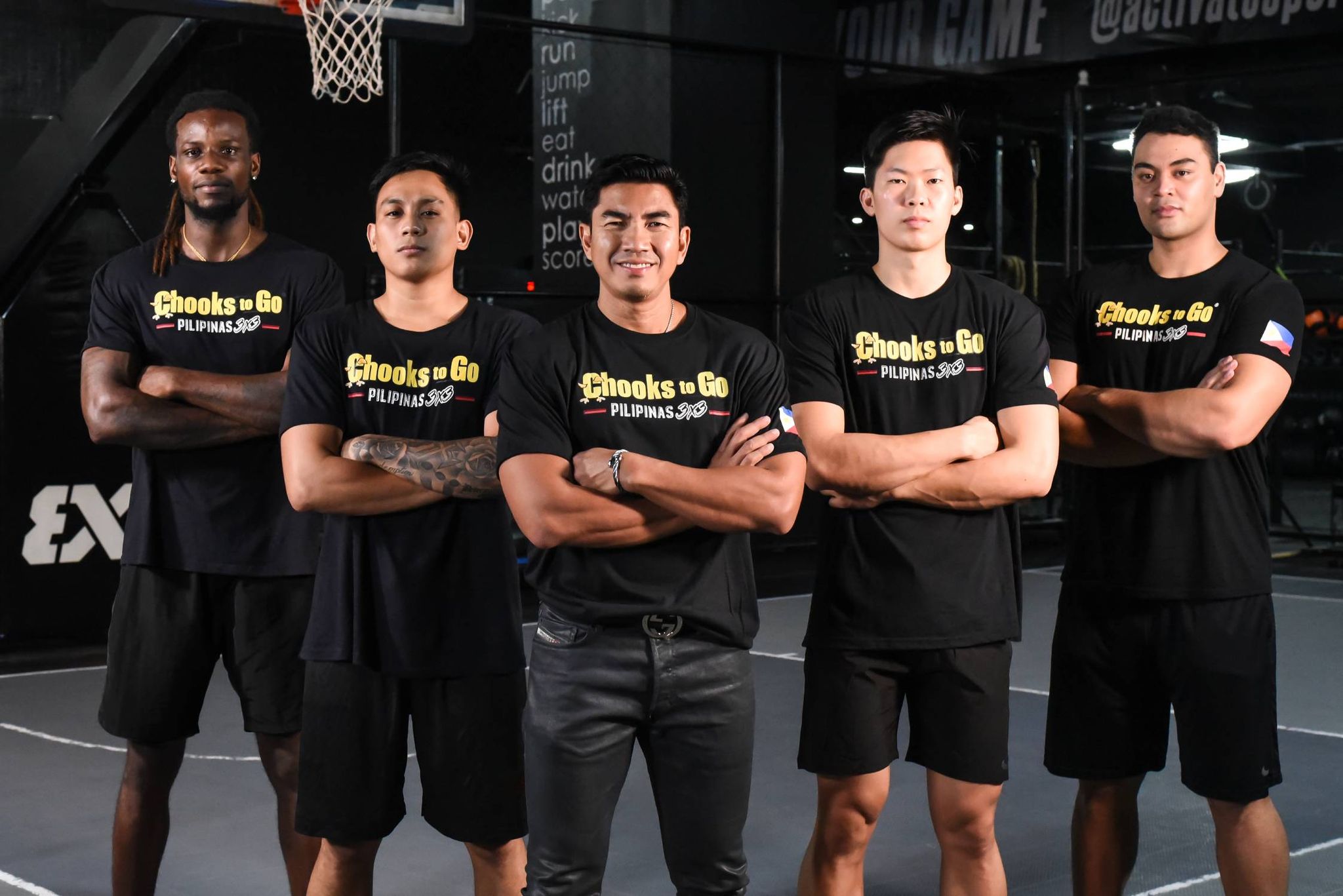 Eight teams, three of them local and five foreign, will be seeing action in the 2022 Chooks-to-Go FIBA 3×3 Asia Pacific Super Quest which will happen on Saturday, April 30, at the Ayala Malls Solenad in Sta. Rosa, Laguna.

The teams will be divided into two pools for the main draw with home team Manila Chooks being slotted in Pool A along with Mongolia’s Zaisan MMC Energy, Australia’s Melbourne Hoop City, and Japan’s Tokyo Dime.

The country’s number 1 3×3 squad will be tasked to defend our home court, and the team looks prepared to do so.

Mac Tallo, Brandon Ramirez, Zach Huang, and Mike Harry Nzeusseu have been training for the past two months under Coach Aldin Ayo.

The team gave a glimpse of its progress in the 2022 FIBA 3×3 Dubai Expo Super Quest last March 31. Cebu Chooks gave Tokyo Olympics gold medalist Riga of Latvia a scare before falling, 17-21. Cebu Chooks came back strong the next game to stun Chicago, 21-15. Chicago was led by Craig Moore and Zahir Carrington, the 3rd and 4th best 3×3 players in the United States.

Expected to lead the charge for the Filipinos will be Tallo who is the country’s highest-ranked 3×3 player. Tallo is 175th in the FIBA 3×3 world rankings.

Sansar is the older of the two Mongolian teams joining the Asia Pacific Super Quest. It is also the bigger one and is equally potent.

The team will be led by 21-year-old Sukhbat Batzorig, who at 148th in the FIBA world rankings is the second highest-ranked player in the competition next only to his compatriot, Gantsolmon. Joining Batzorig in the Sansar roster at Anand Aruinbold, Enkhbaatar Onolbaatar, and Gansukh Avarzed.

Tangerang will be parading the same line-up that carried the name of the Indonesia Patriots A which won the Asean Basketball League 3×3 International Champion’s Cup last April 17. Composing the team are 6-foot-5 Jamarr Johnson, Surliyadin Itun, Sandy Aziz, and Oki Wira Sanjaya.

Butuan, which will be composed of Alvin Baetiong, Jonjon Gabriel, Joshua Webb, and Ron Dennison, will be looking to pull off a surprise or two in the Asia Pacific Super Quest.

Meanwhile, Manila Chooks will be the ‘manong brigade’ of the Philippine contingent.

Gan-Erdene Gantsolmon will be leading a Zaisan team that includes 6-foot-2 Ikhbayar Chuluunbaatar, 6-foot-5 Altangerel Batsaikhan, and 6-foot-3 Ganbaatar Nyamdorj. Gantsolmon, Chuluunbaatar, and Batsaikhan are all below 22 years old. Nyamdorj, at 25 years old, is the oldest player in this youthful Mongolian squad.

Two members of their 2019 are back in the Philippines to defend their title. These are 6-foot-3 Masahiro Komatsu and 5-foot-11 Keita Suzuki. The other members of Tokyo Dime are 6-foot-3 Taishi Kakuta and 6-foot-2 Kyoichiro Imori.

Finally, Melbourne Hoop City will be one of the biggest squads in the competition with no player standing below 6-foot-3. Spearheading the Aussies is Tom Wright who was named MVP of the 2019 FIBA 3×3 Asia Cup held in China.

Melbourne will also feature Andrew Steel who was a member of the Australian national 3×3 teams that placed third in the FIBA 3×3 Asia Cup in 2017 and 10th in the FIBA 3×3 World Cup in 2019. The other members of the team are 6-foot-4 Mike Golding and late replacement Ethan Wilks who took the place of his brother, Australia’s number 1 3×3 player Cooper Wilks.

This level 8 tournament, which will serve as a qualifier for the top level 2022 Chooks-to-Go FIBA 3×3 World Tour Manila Masters, will tip off at 12:00NN on Saturday.