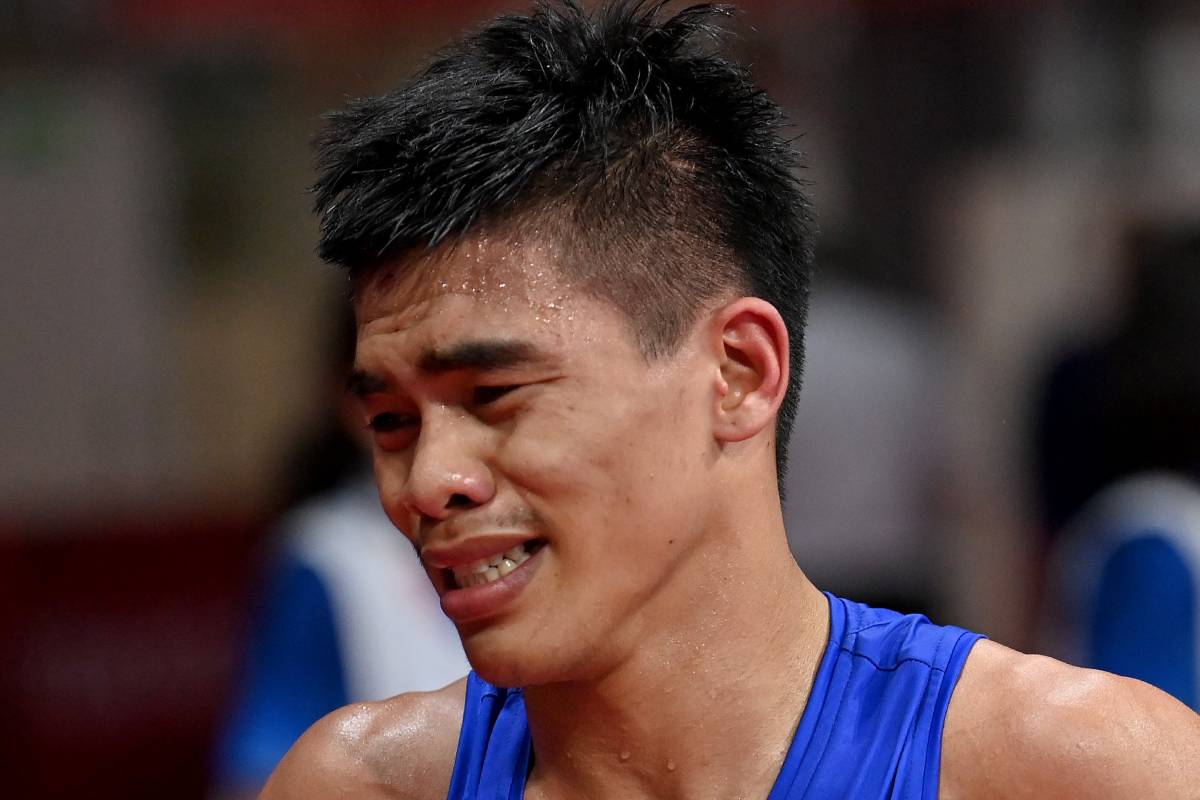 The proud son of Cagayan de Oro had all the answers against Japan’s Ryomei Tanaka, taking a unanimous decision win, Thursday at the Ryōgoku Kokugikan.

Paalam will now try to one-up the finishes of Anthony Villanueva in 1964, Onyok Velasco in 1996, and Nesthy Petecio in the same Games as he tries to win gold.

In this one though, Paalam made sure that the five judges won’t be swayed as he brought the fire in the entire nine-minute bout.

Paalam came out of the gates with continuous pressure on his opponent, tagging the Japanese with stinging combinations while chasing him around when he tried to move out of the way.

Paalam’s left proved to be a problem for Tanaka early in the second round while a 1-2 combination almost put him out. Tanaka tried to go for the big shot to close out the round but to no avail.

Tanaka went for broke early in the last stanza but was only peppered by Paalam. Clearly frustrated, the hometown bet took down Paalam. Paalam though would remain cerebral and not fall prey to his opponent’s game.

Paalam’s journey in this Olympics has been nothing short of magical.

The 23-year-old native of Cagayan de Oro defeated Ireland’s Brendan Irvine to open his campaign. He then followed it with a 5-0 shutout of Algeria’s Mohamed Flissi.

Paalam now awaits the victor in the Galal Yafai and Saken Bibossinov bout for the gold medal match, which takes place on Saturday at 1:00PM.

In this article:carlo paalam, headline