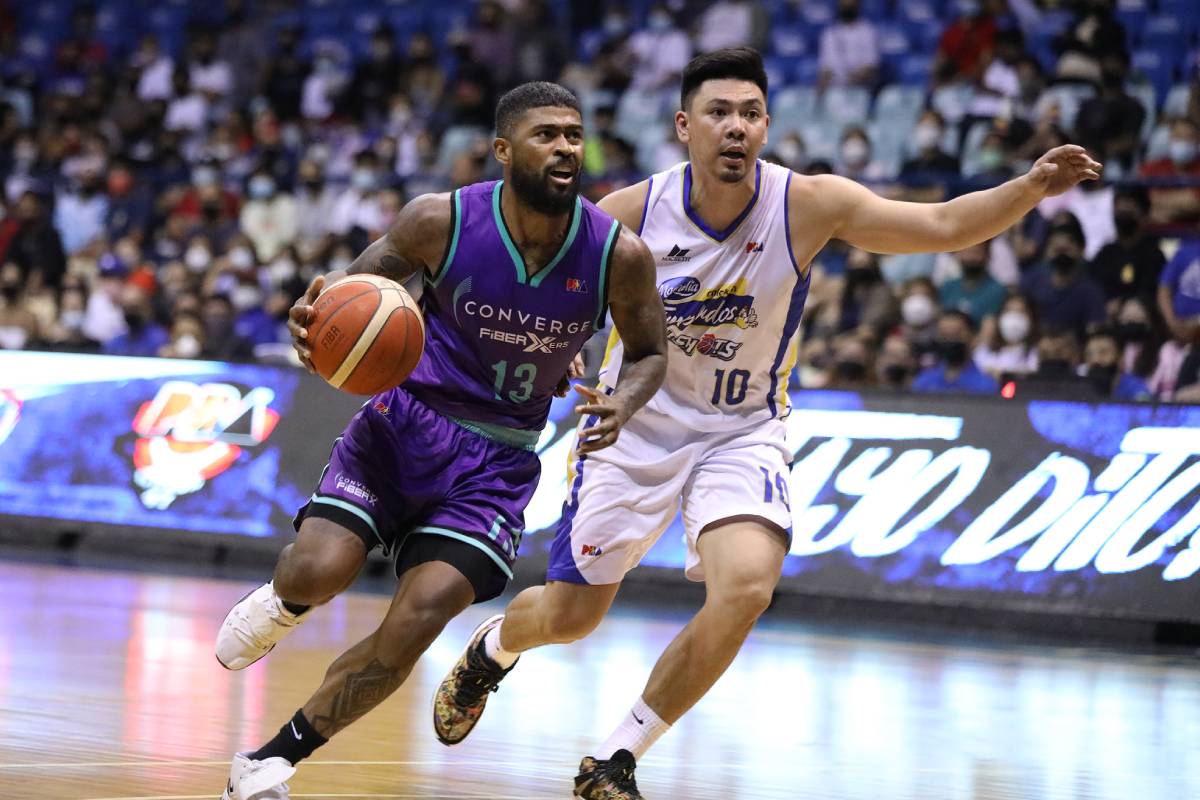 The veteran mentor disclosed that the Fil-Am combo guard has only practiced thrice with the FiberXers since coming into terms with the new ball club earlier this week after a lengthy negotiation, thus the skepticism on his part.

“You wanna hear something funny? I told him, ‘I’m gonna try not to play you today,'” he said, smiling.

“Really, honestly. He’s only practiced with us three times.”

Cariaso ultimately decided to play Ahanmisi. And how ironic that the one he had doubts about turned out to be one of their saviors.

The 30-year-old came through with 14 points, six assists, five rebounds, three steals, and a steal, helping Converge earn an 89-82 overtime victory over the perennial contenders for their first win in the league.

Ahanmisi had himself his big moments, first by nailing a three to tie the game at 78-all with 3:46 to go in regulation after his side went down by 20 early.

He made his presence felt as well in the extra time through a one-hander with 3:23 remaining that stretched their lead to 87-82.

Cariaso could only sing praises for Ahanmisi, in awe of the veteran smart that the one-time PBA champ with Rain or Shine displayed.

“That’s where that veteran leadership comes into play,” he said. “You know that he’s been around a little bit, so he can step in in spite of not truly being in game shape, not knowing the guys that well.

“He gave us that spark that we needed.”