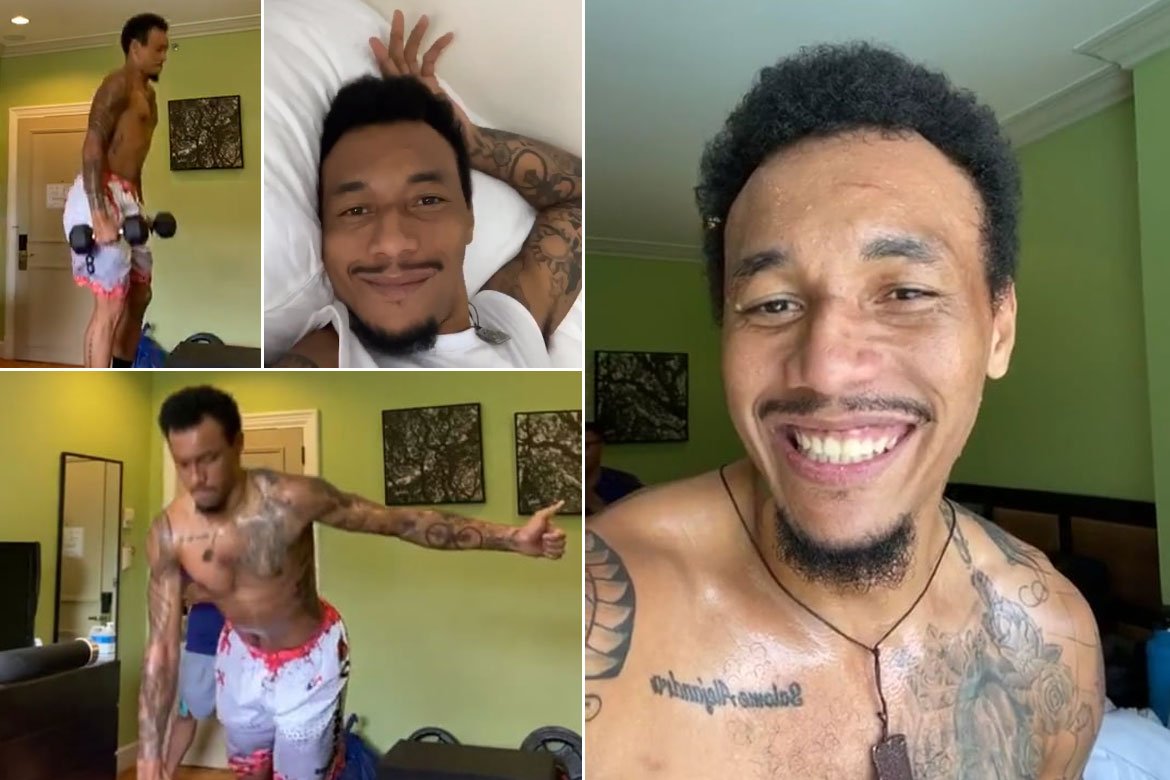 Take a look at his Instagram posts and Calvin Abueva’s excitement is more than clear, ever since arriving at the PBA bubble a few days ago.

One cannot fault the 30-year-old, since his entry into Clark has given him hope that he can finally return to the league after over 15 months.

Thursday morning, Abueva posted a 32-minute long video on Instagram of himself working out in his own room at the Quest Hotel.

“Excited,” the star forward wrote. But that caption meant so much more than just being able to work out inside his room at the bubble.

Later in the day, around 3:30, Abueva joined his Phoenix Super LPG brothers as teams were finally allowed to hold scrimmages.

“He was the same as before, still a bundle of energy,” wrote Fuel Masters interim head coach Topex Robinson in a text message regarding Abueva.

The youthful mentor, though, admitted that the team is still trying to get the Kapampangan cager into game shape.

“Trying to get him into shape. It’s been a year since he last played,” said Robinson, who was Abueva’s head coach in San Sebastian.

Abueva last played in the PBA back on June 2, 2019, when Phoenix faced TNT in Commissioner’s Cup action in Antipolo.

Yes, that game where he clotheslined Terrence Jones, one of the on-court incidents that prompted the league to suspend him indefinitely.

He may have a lot of catching up to do, but having him means plenty for Phoenix, who hopes that he would be reinstated before the Oct. 11 restart,

“Calvin did well. Still far from the typical Calvin, but we will take it from there,” Robinson said.