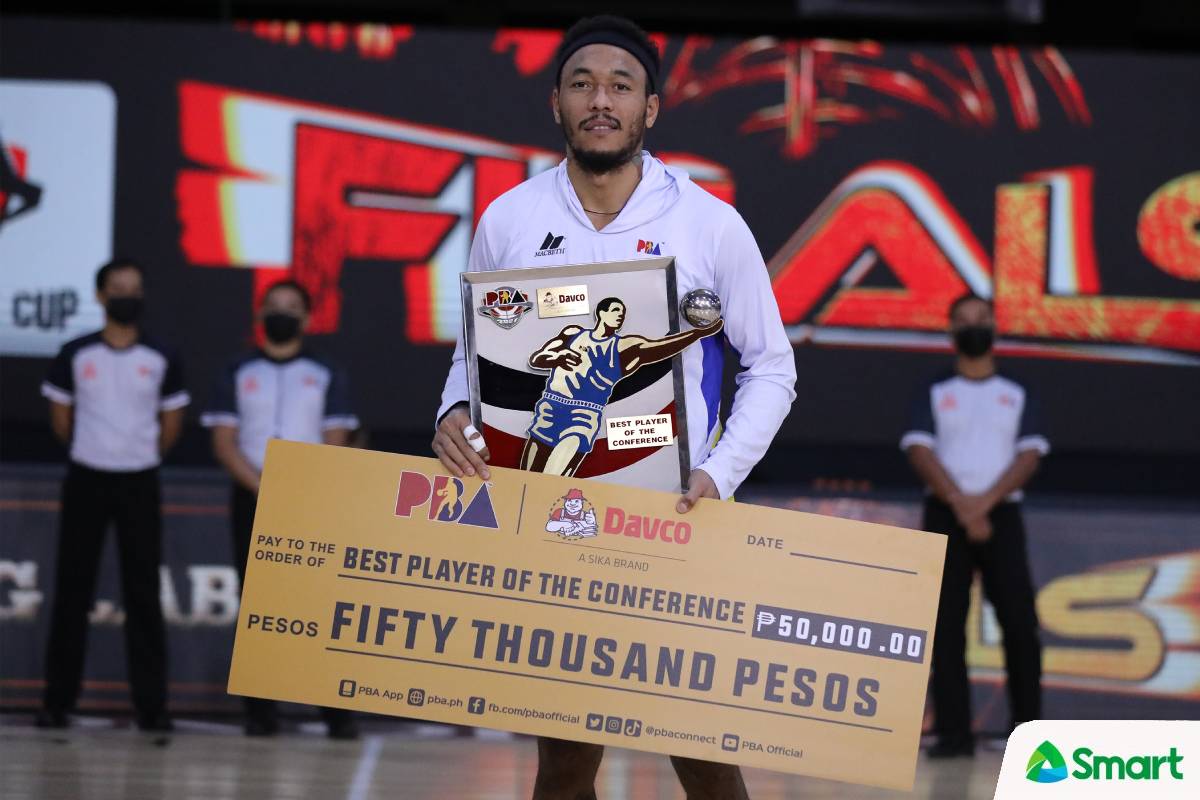 The rebirth of the ‘Beast’ is finally complete.

Calvin Abueva on Wednesday evening was hailed as the 2021 PBA Philippine Cup Davco-Best Player of the Conference. This is an achievement considering that he is just in his second season back from a lengthy suspension.

The coronation at the DHVSU Gym could not have come at a more fitting time. It took place a year after his reinstatement following an indefinite ban from the league that lasted for 16 long months due to a string of controversies.

He garnered a total of 934 points – 415 points from stats; 440 votes from the media; 54 votes from the players; and 25 votes from the PBA office – towards collecting his second BPC award since the 2016 Commissioner’s Cup.

Making the feat all the more impressive is that the 33-year-old accomplished as much in only his maiden conference with new team Hotshots, who acquired him through an offseason trade with Phoenix Super LPG last February.

The nine-year pro out of San Sebastian seamlessly fitted into his new team. He was also undeniably a big reason why the proud ball club was able to return to the all-Filipino finals for the third time in four seasons.

Yes, the 6-foor-2 bruiser helped the very same team he and the Fuel Masters ousted in the Clark bubble quarterfinals last year en route to their second straight semis appearance in the league’s most prestigious conference.

Abueva, though, had previously said many times that winning the award is just a mere bonus for him. What he’s really going after is a PBA championship, something that he hasn’t won since his rookie year in 2013.

So, it would be interesting to see how that push will come into play in Game Four of the title bout later tonight, where he and Magnolia will look to equalize their best-of-seven series against TNT at two games apiece.

Abueva is averaging 12.0 points and 10.0 rebounds in the Finals.