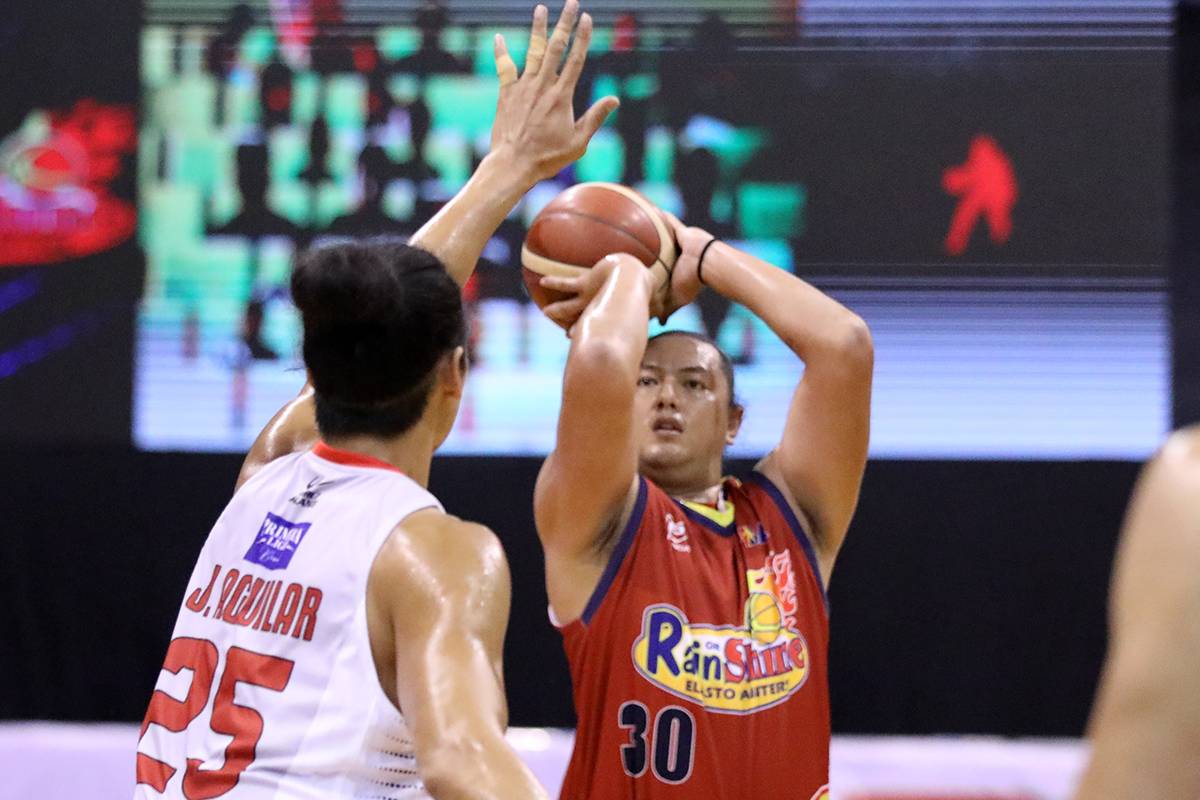 That’s the list of Rain or Shine head coach Caloy Garcia when it comes to the best big men that he has ever witnessed in the PBA.

“I’ve been telling this ever since I became his coach. After June Mar, Beau is one of the best post players, brightest players that I’ve ever seen in the PBA,” he told Tiebreaker Vodcasts’ Coaches Unfiltered, presented by SMART.

With the Elasto Painters, Belga found his niche after spending his first years with Purefoods, Burger King, and Meralco. He eventually became one of the franchise’s cornerstones – even up to this day.

A 6-foot-6 enforcer who can knock down shots from afar – as well as facilitate for his teammates – the PCU product was one of the reasons behind Rain or Shine’s two championships, which both came during the time of Coach Yeng Guiao.

“Coach Yeng called him and asked him, ‘Gusto mo ba maglaro para sa akin?’ I think he was with Meralco at that time. And then sabi niya, ‘Okay Coach, laro ako sa’yo,’” Garcia recalled.

“That, I think, is how he started getting those minutes when he transferred to us,” added the 45-year-old mentor, who became a deputy to the seven-time champion coach upon the latter’s arrival to Rain or Shine in 2011.

Last season’s Philippine Cup bubble play was further proof of Belga’s importance  to Rain or Shine. He helped his team to a 4-1 start, highlighted by a big win over favorites Barangay Ginebra San Miguel.

That game saw him play his best of the tilt, producing season-highs of 20 points and 10 rebounds. He also had four assists, two steals, and a block to lead the Elasto Painters to a thrilling 85-82 overtime victory.

According to the 34-year-old, what pushed him that night was to prove an online basher wrong, who said that all he does in the league is hurt others.

But even if Garcia sees Belga as one of the best, he still believes that the incoming 13-year pro can still improve.

“Beau, for me, is like one of the best big men. And he can still get better,” offered Garcia, who has been with the Asian Coatings Philippines, Inc.-owned franchise since its Philippine Basketball League days.

“You know with Beau, if he really wants it, he can do it. Like, he can shoot the three; he’s a big man who knows how to use his handles; he can post up anybody – kumbaga complete player.

“But I think, the thing that he has to realize is he is better than what he is. He can be better pa. May ibang player kasi, parang if they reach a certain level, na okay na ako rito, diyan na lang eh. I’ve been seeing him work out lately, ‘yung mga pinopost niya sa Instagram or sa Facebook niya. He’s been working out and I hope ‘yung progress na ganun, tuloy-tuloy,” he added.