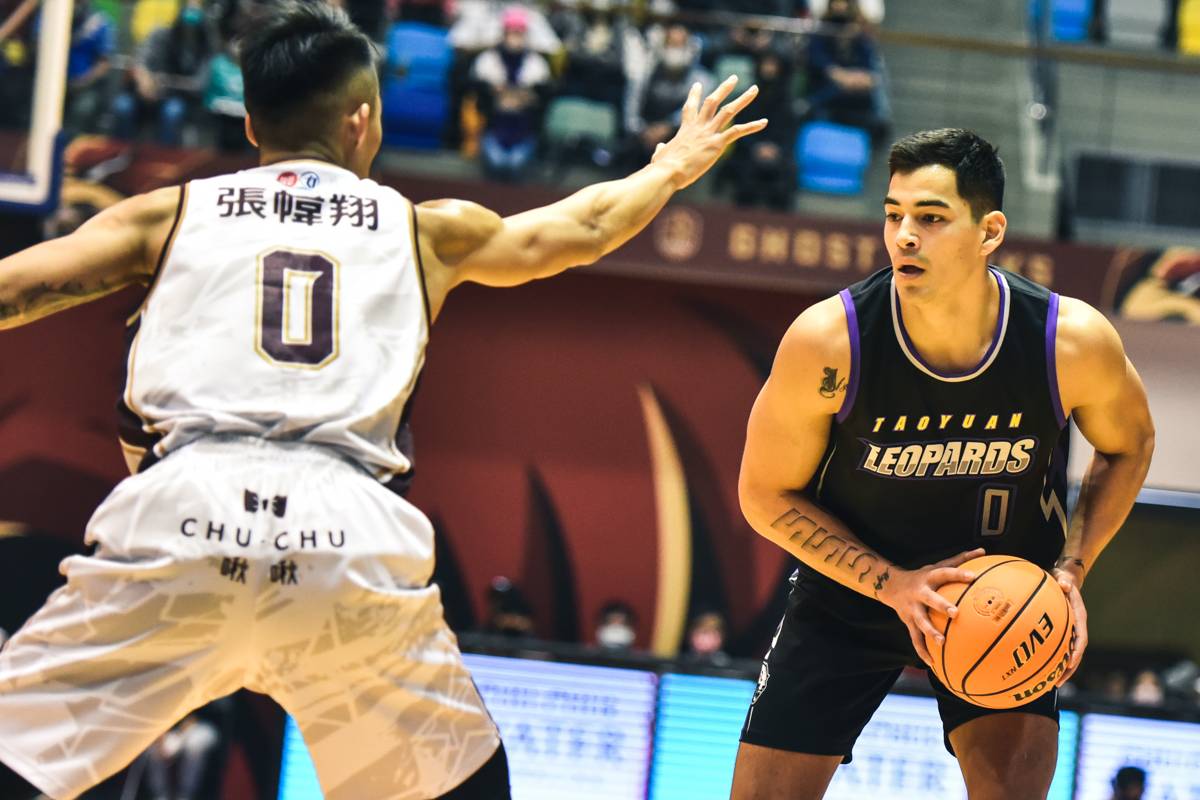 Caelan Tiongson had a huge imprint in Taoyuan’s 89-81 win over Tainan TSG in the 2021-22 T1 season, Saturday at Jiayao Shaozong Stadium.

Tiongson earlier missed the Leopards’ 93-102 loss to Taiwan Beer last Sunday. This time, he had 19 points, 12 rebounds, two steals, and two blocks in 42 minutes of action.

Down early, Taoyuan stormed back in the third canto to gain a 69-63 lead entering the final frame.

Though Tainan got to cut the lead down to 77-74 with 6:36 left, Tiongson powered his way inside to stop the Taoyuan bleeding.

Aleksandar Mitrović led the way for the Leopards with 21 points with seven rebounds and four assists. Team captain Cheng Wei added 17 points on three treys, while Orton also had 14 points and 21 rebounds.

Taoyuan will next face New Taipei on December 25.