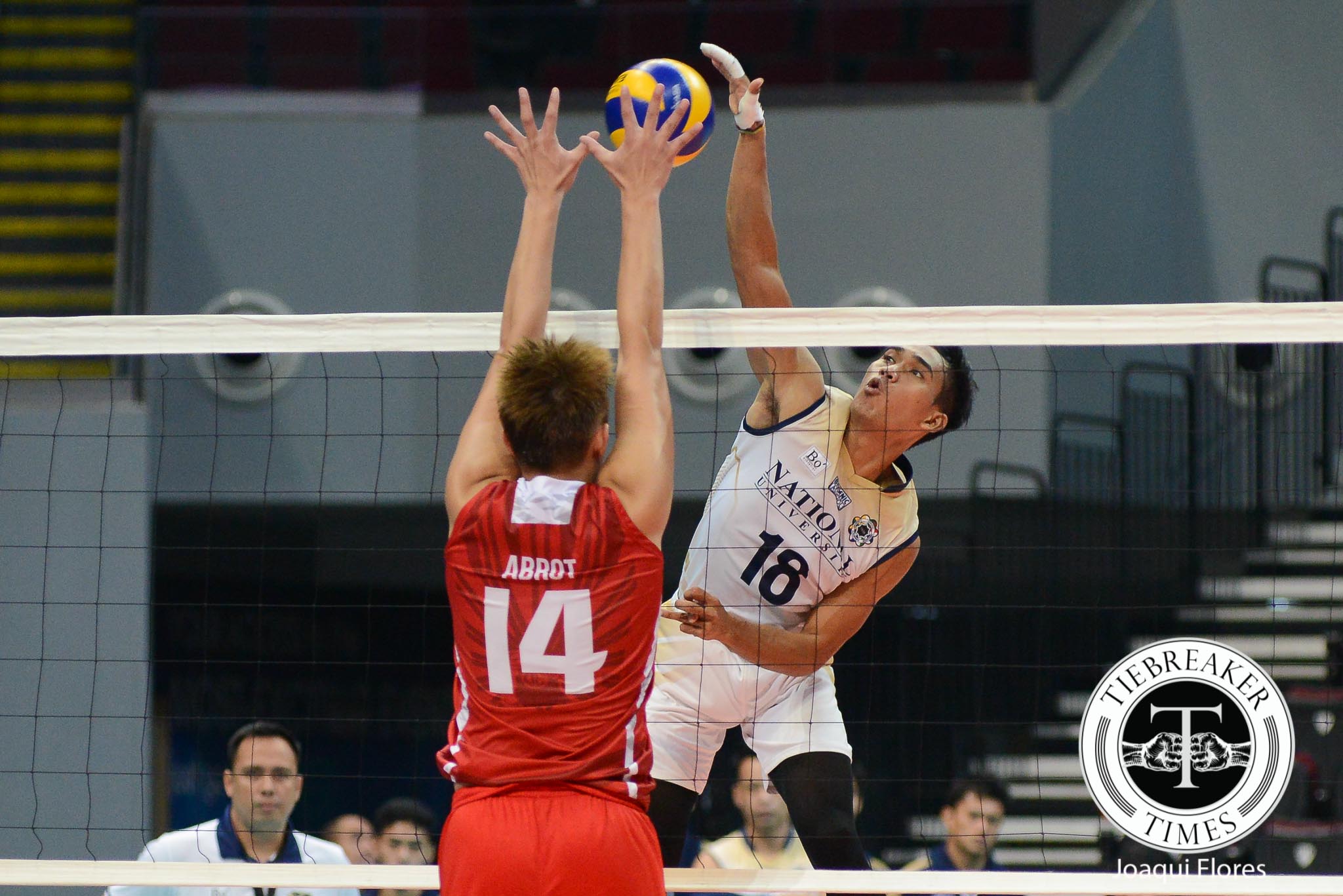 With their floor defense and service reception taking a dive, the National University Bulldogs still managed to bring home their sixth win at the expense of the struggling University of the East Warriors 25-20, 18-25, 25-21, 29-27 in the UAAP Men’s Volleyball Tournament at the SM Mall of Asia Arena.

After an easy first set win in which they led wire-to-wire, NU collapsed in the following sets. UE easily took the second frame through smart target serving and NU’s errors. The third frame was tight throughout with neither team taking a lead larger than two. Tied at 21, NU’s Kim Malabunga threw down a mean quick hit for the lead. Team captain Vince Mangulabnan then took to the service line and punished UE’s backline. The Warriors failed to score another point as NU closed out with back-to-back block kills.

The fourth frame was even tighter as the lead see-sawed between both squads. NU got the first crack at match point 24-23, but a net interference call on the following point prolonged the match. In the end, clutch digs and blocks saved the Bulldogs from a fifth frame. After a long rally, NU’s Madz Gampong scored off an opposite set to bring NU to their fifth match point, 28-27. NU’s Ricky Marcos then pulled off a beautiful dig on a Noel Alba hit to set up James Natividad’s match-winning smash.